Since commencing my work in the University of Newcastle’s Special Collections, I have systematically worked, in collaboration with a bigger team, on developing the university’s photographic collection. My aim in focusing on photographs was to provide library users with first-hand primary sources. However, in preserving the photographic history of the region, I have often stepped beyond the role of the mere conservator as I believe that conservation starts at the planning and policy-making stage. So, where possible, I have performed as a strategic planner, researcher, policy developer and solution seeker.

The case of Rodoni collection, significance as the key factor

The Rodoni collection was one of the major projects that I have worked on during 2014. The collection contained over 500 glass plate negatives narrating life in the early 20th century, Australia. At the time of receiving the collection, the glass plates were not in optimum condition. So, the conservation measures involved accessioning, registering, cleaning, documenting, and re-housing.

However, such a project demands resources. Therefore, one needs to consider the importance and significance of the collection from a local and national perspective. This is the task that begs more attention from those who take care of collections and for me has a great role in shaping the collection from the ground up Hence, I am going to share my approach in the case of the Rodoni collection. 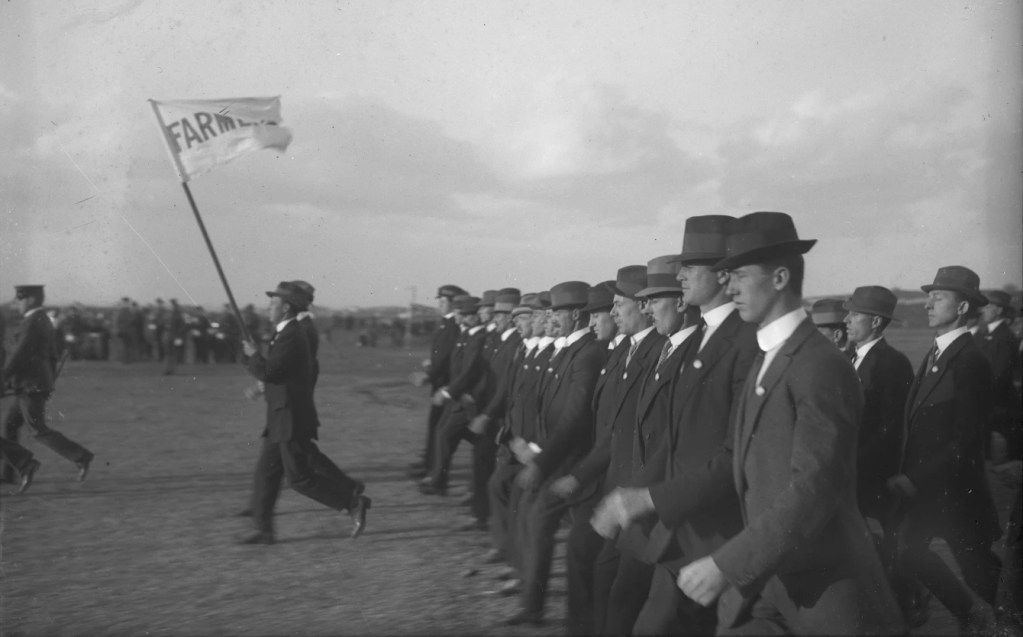 Based on my experience, I believe that the way the significance of a given collection is argued decides its future. So as a conservator, I build and explain my position  by referring  to  Sontag(1991), Benjamin(1931) and Burgess et al. (2000).  Accordingly, I consider photography, in general, as a phenomenon with social-constructive power. I believe that it is even more true in the case of late 19th and early 20th-century photography. Observing the photographs of this era, one clearly can discern the manifestation of the photographic frame’s bonding effect. The bounding effect suggests, those being photographed together shape a collective (Turner, Hogg, Oakes, Reicher, & Wetherell, 1987). This boundary frames a group of people excludes others at the same time. Through such interaction, the act of photography shapes a social unit that connects the people within the frame of a photograph (Burgess, Morry, & Enzle, 2000). With this explanation, now look at the images of Rodoni collection. See how it bounds men marching together. And then have in mind that this is the marching that occurs during wartime and yet in the aura of Australian federation in 1900. 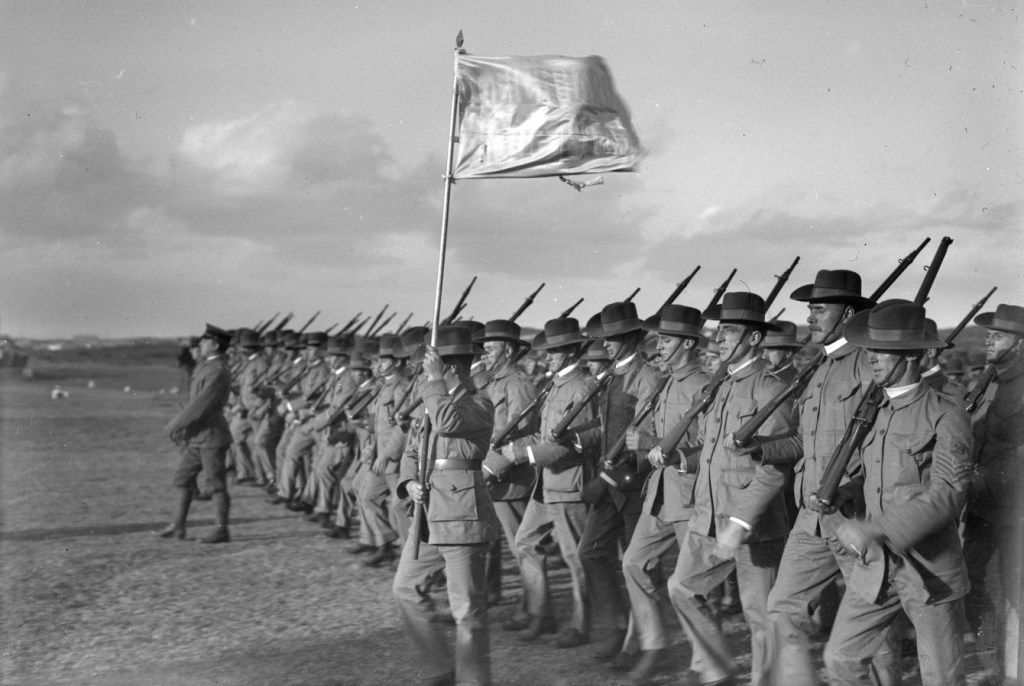 The social bounding function of early 20th century photography needs to be considered in relation with development of group identities in the same era. The 20th century is the time that the world goes through many decisive changes. Parallel to these upheavals we have Benjamin conveying the fact that during this time, photography tended to become a highly special and engaging activity. Accordingly, the frame of the photograph is a special place for recording what was perceived significant. Photography, at least to a considerable extent has been perceived to be a unique experience given the costs and tasks involved in making negatives, taking a photo, and then developing images. Hence, everything in the early pictures was designed to last (Benjamin, 1931).

Interestingly, a couple of decades after the Rodoni collection has been shaped, Benjamin while sharing the problematic nature of reality represented by photography, emphasises on the importance of photography in communicating the aura, a peculiar web of space and time, in which the event has occurred. As he highlights, and seems true in retrospect, the magic of the photo is in the irresistible compulsion that one feels about looking into the photograph in form of reality as it were. Therefore, a photograph intrigues its audience’s willingness in investigating, looking back and re-discovering that long-past moment, in future. 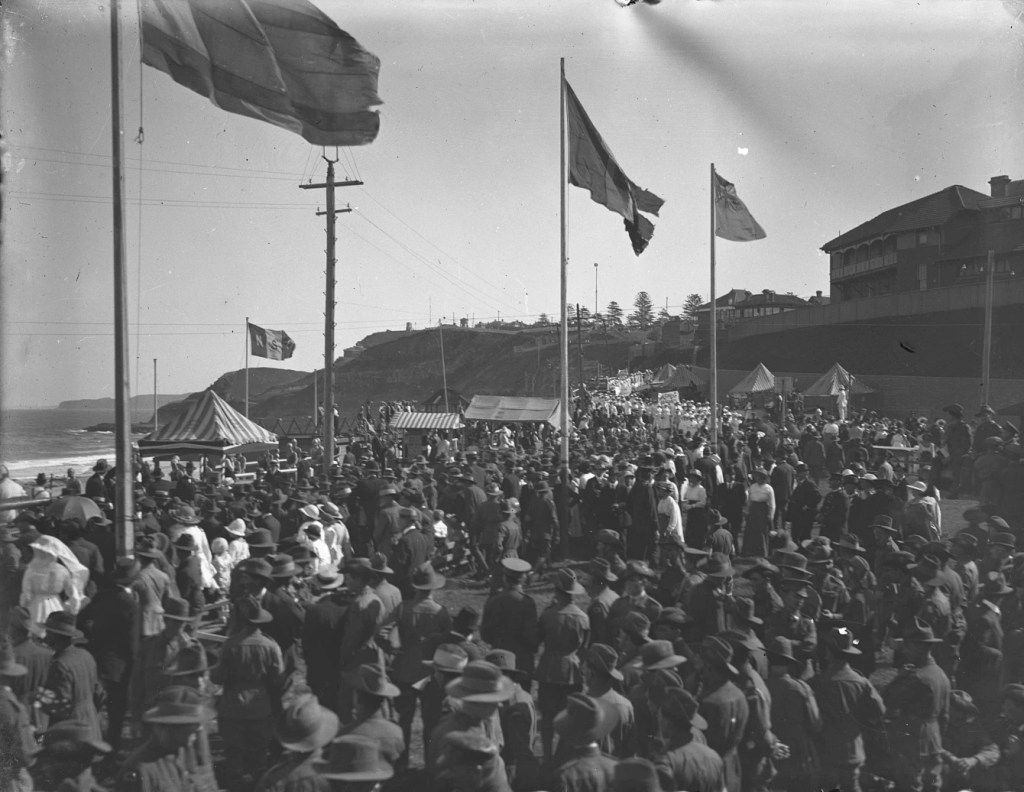 Looking at the photographs from this standpoint takes the conservation into the realm of historical and ethnographical enquiry. That is because working on photographic collection one does not see a mere object, but sees a monumental phenomenon that is saturated with experiences perceived to be significant ( Dollinger, Preston, O’Brien, & DiLalla, 1996), which plays a role in the social construction of reality (Sontag, 1990). So, as Sontag (1990) suggests a photograph communicates social significance at the moment in which it has been taken. Therefore, it helps us in understanding how the subjects of the photography viewed themselves, constructed the concept of self and their related social world (Ziller, 1990). Such a position then reveals the significance of the work on a collection like Rodoni as it narrates that aura in which a particular Australian self was being formed in times birth of Australia as an independent political entity and the first significant event after such a milestone event, that was WWI. Such characteristic, shifts a set of photographs taken by a local photographer in a historically significant time into a significant status. This makes it a priority for preservation as it  serves the collective interest from both national and local perspective. The result of such collectively minded project was manifested in a highly successful exhibition in 2015. And I believe it can serve as an example for similar future projects.

The images used in this post, are taken from blog post written by Gionni Di Gravio under the title of “Local Treasures: The Rodoni Glass Negatives” on 18/08/2014.

I would like to acknowledge that this project and presentation have taken place on the traditional lands of the Paambalong clan of the Awabakal nation. I would also like to acknowledge and pay my respects to the elder’s past, present & emerging I would also like to pass om that respect to any Aboriginal or Torres strait islander people who read this post today and in future.

Amir has published peer-reviewed academic books and articles on the concepts of historiography, and political mythology and has delivered talks at several domestic and international conferences. Amir is an advocate for equity and diversity in collections and the decolonisation of collections. His research topics include the history of violence, genocide, Kulturpolitik, museum-based education and digital humanities.

Benjamin, W. (1977). A Short History of Photography( originally published in 1931). One-way street and other writings.

Other links related to the Rodoni Collection:

Richard Thurnwald and Thomas James Rodoni in the Upper Sepik 1914

4 thoughts on “From the Ground up: University of Newcastle’s photographic collection, the case of Rodoni Glass Plates”