The University of Newcastle Library Special Collections is making its fraternal societies collection available online. The collection is named after its donor Dr Bob James. Since 2015, a small project team made up of Special Collections staff collaborating with student project officers have documented, re-housed and digitised over 1000 items narrating the life of the associational networks in the late 19th and early 20th centuries Newcastle and Hunter region and beyond.

These items are now digitally available for students, academics, teachers, and community members interested in the region’s history. In this project, we have taken a Museum-Based Education approach in collaboration with our student partners to make the collection available online and at the same time equip our graduates with experience that enables them to work in the GLAM sector.

The collection can provide similar opportunities for future students.  The fraternal societies contribution to our region’s historical and social developments has had little research attention, and the collection provides an opportunity for future researchers to study a working-class region’s experiences and efforts in shaping what we know today as our welfare system.

The collection includes photographs, honour boards, certificates, regalia, medallions, and oral history recordings that provide primary resources with stories yet to be told. The digitised collection, available on the library’s Living Histories digital platform, narrates individual and communal contributions to shaping what we know as Australian club culture. 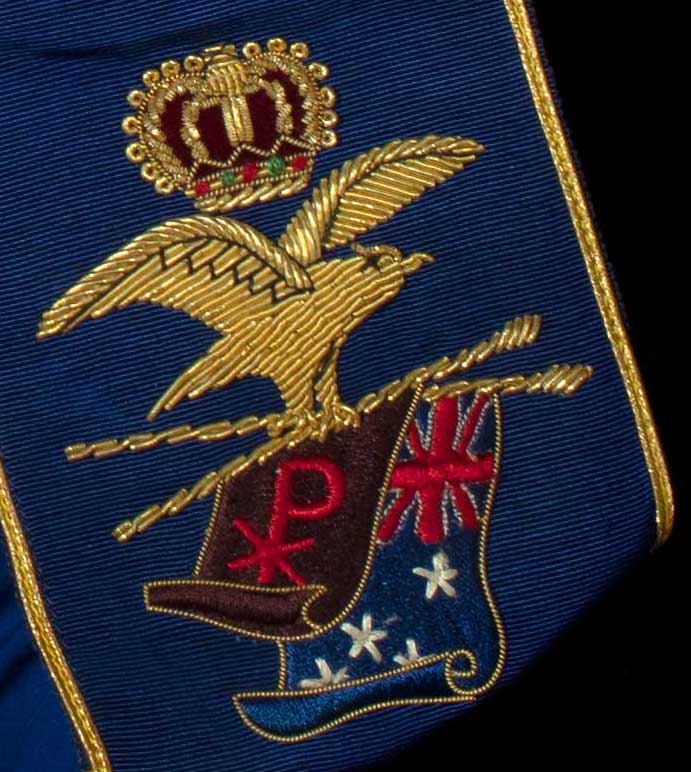 The modern conceptualisation of associational networks goes back to 17th century Britain. In 1697, Daniel Defoe in his “An Essay Upon Projects” theorised associational networks. Most of us know the author by his famous work, Robinson Crusoe. The associational networks were entities that could secure mutual help in times of disaster or distress with an ultimate aim of preserving a working-class person’s respectability through keeping out poverty.

The ideal reached Australia by immigrants hoping for dignity in their new home (McCalman, 1984). We here need to consider that the concept of a new home was a colonial idea in its historical context. We acknowledge that this is an inappropriate and problematic term. We also acknowledge that Australia has been the home of Australian First Nations people long before colonial settlements. It could be safely suggested that the associational networks, also known as fraternal societies, at least partly shaped the future of Australian social infrastructures.

From this vantage point, the associational networks were the early modern experiments in shaping up what is known today as club culture (Clark, 2000). The fraternal societies can also be seen as the earlier efforts in establishing relief funds, mutual aid, and trade unions.  Such efforts prove to be highly significant considering they predated state-sponsored social welfare systems (Kuhnle & Sander, 2010). However, there is a need for more research in this area.

The first Australian grand lodge opened in Sydney in 1845. Since then, fraternal societies introduced many influential figures whose names appear in our institutions or political history. Lachlan Macquarie, Matthew Flinders, Samuel Walker Griffith, William Wentworth, Edith Cowan, Edmund Barton, and Robert Menzies are among the most notable members of fraternal societies.

From a cultural perspective, associational networks held the traditions and rituals from the Migrants’ home countries. For example, Oranges remained observant of the social and political traditions of the protestant Irish migrants (MacRaild, 2005) and maintained a strict code of values and beliefs. They also observed rigid ceremonial apparatus to ensure the continuity of their Irish heritage.

While some of these networks were elitist, it was not true in all cases. For an instance, as MacRaild (2005) describes, unlike other groups with mass memberships, the Oranges did not enjoy the support of the elite and well-off middle-class. So, the Orangemen pursued their social goals without a great financial support and through relying on renting space from more affluent organisations such as the Oddfellows.

The significance of these societies was in their cultural and social function. Most importantly, they maintained their cultural connection, however slight, with their homeland. Such maintenance of the cultural heritage is reflected in the making of their regalia, flags, sashes and collar production. Their lodge tradition formed a network of social and cultural connections between the motherland and the new home. They were the social networks of their own time. 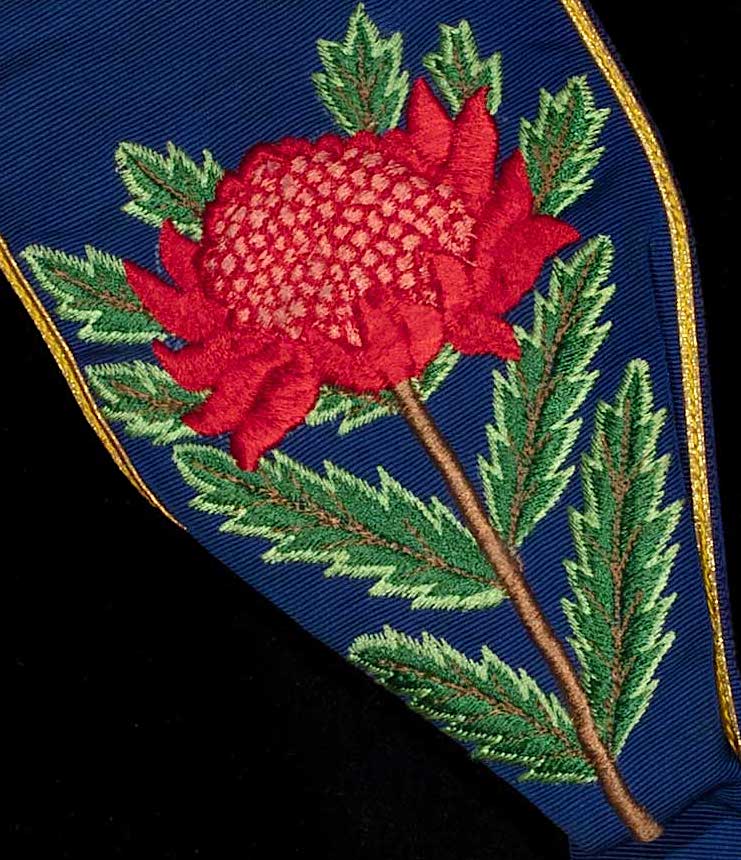 In the political and social context of late 19th and early 20th Newcastle, there were associational networks closely associated with Labour history. After all, Newcastle was a predominantly working-class society. For example, the Loyal Orange Lodge had a strong bond with the labour cause. The significance of Oranges was their political tendencies while sharing the principles of mutuality (Wettenhall, 2019). In 1891, there has been a strong connection between the Labour and the Loyal Orange Lodges in Newcastle. Orangeism resonated with the Novocastrians demands of regulated eight-hour-day, state-enforced safety conditions in mines, early closing on Saturday night for shops and establishment of retail cooperatives (Laffan, 2021).  In Newcastle, the orange institute established its women’s lodge around 1898. It was a progressive move in its historical context.

There is a photograph of the Grand Executive of the Loyal Orange Institution of Australia, in November 1950, that shows Walter Peden Joyce Skelton (1883-1979), Organist, railway officer and politician, in New South Wales. It shows that the fraternal lodges had been in a sound situation, and they continued to live their political life at least until the late 1950s.

The “Newcastle Morning Herald and Miners’ Advocate”, publishes a story on Mrs A. S. Thomson’s work on 20 April of 1950. The story suggests that there has been a strong population of fraternal members in the mid-20th century, Newcastle. It highlights the meticulous work of Mrs A.S. Thomson, (probably born as Adelia Sylvia Magner), a resident of Islington for 40 years in making regalia for fraternal societies. She highlights that she faithfully copied in design and colour based on the colour plate book issued by an English firm of regalia makers. This story, plus several funeral notices for Gilbert Horler, the mercery business holder in 1946, suggest that there had been enough lodges to support the regalia making business at this time.

Adelia passed away in 1960. It seems that in the same vein, the social and political changes, as well as the establishment of the state-sponsored welfare system, resulted in the fraternal movement in general and Organism in particular, passing away too in the second half of the 20th century. (AnPhoblacht, 2000). However, their legacy stays with us in form of buildings carrying fraternal symbols, and names of influential fraternal on streets or institutions. The names, dates and images within the collection provide opportunities for researchers and educators in variety of ways and it yet holds the potential stories that could be told from variety of perspectives.

AnPhoblacht. (2000, August 10). The Orange Aussies. Retrieved from An Phoblacht: https://www.anphoblacht.com/contents/6550

Laffan, T. (2021). The Loyal Orange Lodges and the Newcastle Labour Movement. Retrieved from Australian Society for the Study of Labour History : https://www.labourhistory.org.au/hummer/vol-3-no-3/orange-lodges/

Wettenhall, R. S. (2019). The Influence of the Friendly Society Movement in Victoria 1835–1920. Melbourne: School of Historical and Philosophical Studies, The University of Melbourne.