This information has been compiled for HASS1000 lectures during Semester 1, 2018.

The Deep Time Project is a digital humanities project and involves many disciplines to help build new knowledge about Aboriginal cultures.  The project is a collaboration between the University Library- Innovation Team – FEDUA – and is very much a community project.

The Deep Time Project is a Virtual Reality experience and is associated with a significant cultural heritage site where Indigenous stone tools were found during an archaeological investigation at Newcastle West in 2009. Thousands of artefacts were retrieved at a 6,500 year old factory site, a site suggested as one of the country’s most significant Aboriginal cultural heritage sites. The artefacts belong to local Traditional owner groups, and are in a Care and Control Agreement with the UON to house them at the University of Newcastle Archives.

It is rare to have such a deep excavation undertaken, the archaeological finds are intact and contain artefacts of various sizes– many other collections of Aboriginal stone tools are surface finds, often found in rural areas.  The Deep Time archive contains tools and the cores that are culturally significant, as they were the items handled/ made/ used by the Aboriginal people who occupied this site over the many thousands of years.

The University Library also holds non-Aboriginal artefacts, the European layer of occupation at the same site. This is a separate report and a different methodology was used.

These artefacts are an extensive collection containing various sizes of stone tools, the excavation was relatively deep, going down several metres and the site has been described as being of ‘high to exceptional cultural and scientific significance’.

The first part of the project involves making 3D digital scans of individual artefacts, this work is undertaken in the GLAMx Living Histories Digitisation Lab, located in the Auchmuty Library by mostly Work Integrated Learning students and volunteers. (For those of you wondering what GLAM stands for, it represents ‘Galleries, Libraries, Archives and Museums’.)

3D scanning is quite a lengthy process, the actual scanning doesn’t take all that long, it is the post-processing and aligning the two halves of each scan that takes the time. Post processing also includes ensuring the object has texture and colour applied, and the scan resembled as much as possible the actual artefact. Three files are produced from this process to create a 3D model, these include an ‘obj’, ‘mtl’ and ‘jpeg’ files.

It takes approximately 30-40 minutes to create a 3D scan. 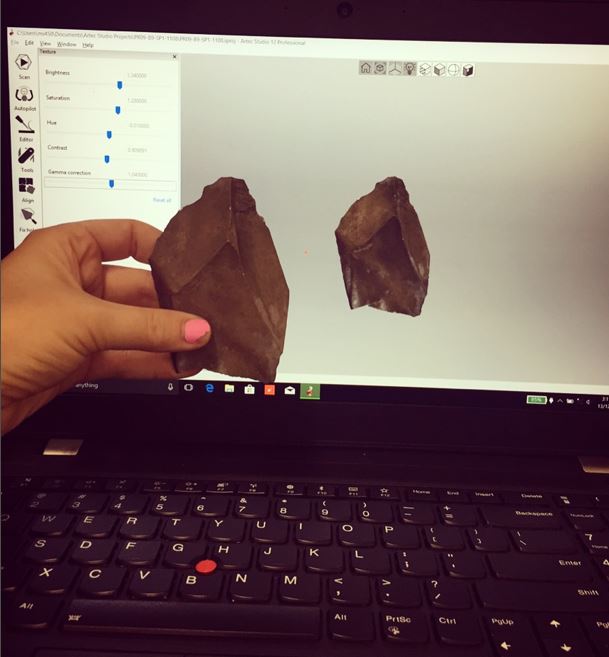 Equipment is portable and could be taken on field trips as long as electricity/battery pack available. 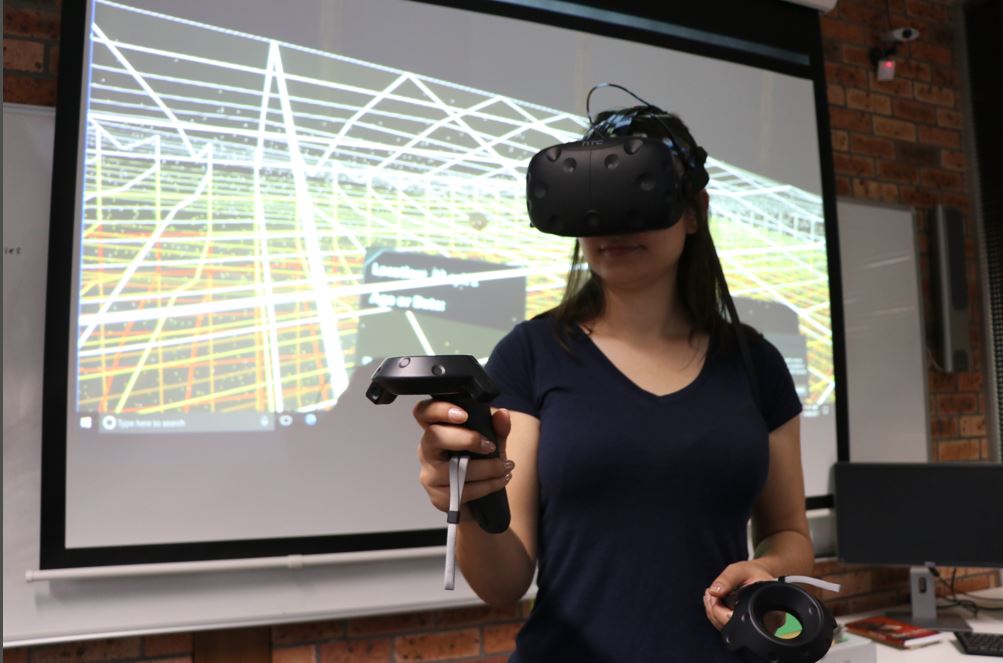 The three 3D files are then uploaded to Livinghistories@UON digital platform, along with any related metadata. Metadata includes the location that the artefact was found in the dig, ie. Location according to spit and level. From the digital platform the 3D scans are automatically uploaded using the Deep Time VR software where artefacts can be viewed wearing a head set. What you see in the Deep Time VR experience is a virtual dig – you enter from street level, and descend underground to view where in the ground artefacts came from – you get a good idea of the context of the dig.

Aboriginal culture in Australia represents the oldest surviving culture. We can compare this Aboriginal collection of stone tools with other sites on the east coast and throughout Australia – and better understand Deep Time – important globally because stone tools are found in other cultures.

The process of digitising and making artefacts accessible is contributing to new knowledge about our culture and society. Digital humanities uses cultural sources/archives in a contemporary way through use of digital technologies to better understand human occupation.  The Deep Time Project does just this- connects a story of Indigenous occupation thousands of years ago to the city of Newcastle, NSW.