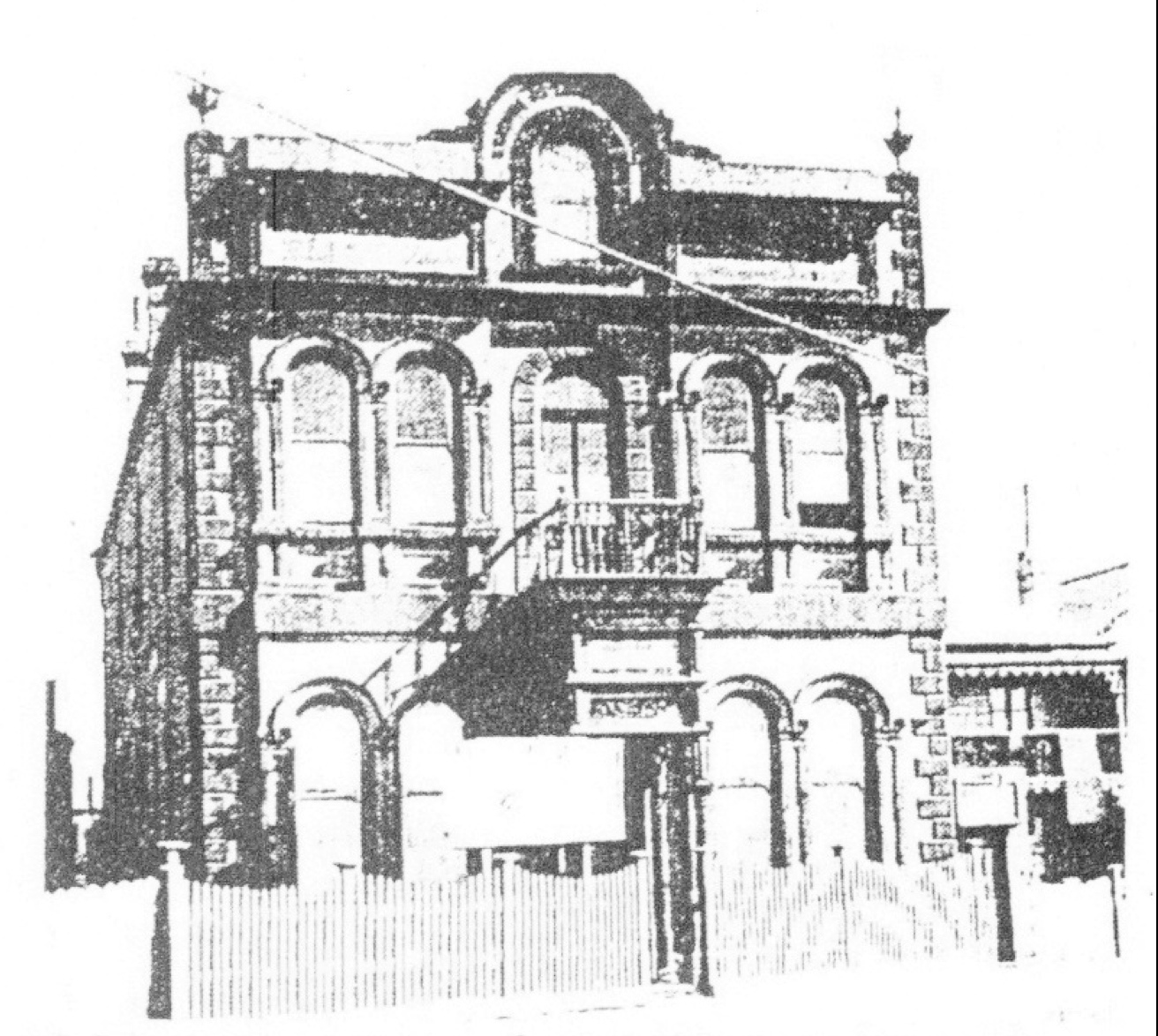 A Committee was formed in December 1880 to look into the viability of a School of Arts at Wickham for the benefit of its citizens (1). With the full support of the residents a fund raising then began almost immediately after the extremely generous donation of a block of land by Albert Augustus (A A) Dangar. Plans were drawn up by local architect Peter Bennett (2).

Funding raising was most successful and a foundation stone was laid on 22 June 1882 by the Mayor of Wickham followed by a ball in the Protestant Hall that night. For one of the best descriptions of the proposed building you can do no better than to read the article on page 2 of the Newcastle Morning Herald & Miners Advocate of Thursday 22 June 1882 (3). Originally planned as a one-storey building because of lack of funds the building was upgraded due to generous donations. Newspapers and coins of the day were placed under the Foundation Stone. (4)

By September the School of Arts was rapidly approaching completion (5). The building was constructed under separate contracts under the superintendence of the architect.

There is an excellent report in the Newcastle Morning Herald and Miners Advocate of Friday 15 December 1882 giving details of the opening, building details and costing.

School of Arts function primarily through the generosity of residents and the hard working committees who organise fundraising. There were interesting lectures, magic lantern shows, concerts and all manner of entertainment to keep the Wickham School of Arts functioning. Henry Lawson attended classes on the second floor, Essie Jenyns entertained there and Lady Windeyer, who established the free kindergarten schools, opened a kindergarten at Wickham School of Arts in 1909 (8).

The building had a very chequered career – firstly filling its promise of a School of Arts it has then been variously a men’s hostel (1938), the Newcastle Police and Citizens Boys Club who took over the hall after refurbishment in 1952 (they were formerly at the Civic Wintergarden) and occupied the building until they moved to Broadmeadow in October 1965 and Lester’s School of Yoga before purchase by the Newcastle City council. The local schools also used the hall for concerts and award days.

In October 1999 Newcastle City Council purchased the building noting the 1882 building classified by the National Trust as an item of local significance cannot be demolished. According to the Heritage Data Base the building has both social and historical significance.

A document well worth reading is available online and is a copy of the Draft Conservation Management Plan, all 26 pages of it, for The Former Wickham School of Arts Building. This document gives full details of how the building looked on 3 December 1999 just two months after the Newcastle City Council purchased the School of Arts and recommendations for its maintenance (9).

The Hunter Development Corporation is the present owner of the School of Arts.

Is this the end for Wickham School of Arts?

The building which once stood so proudly at 22A Hannell Street now stands forlorn and neglected at 80 Honeysuckle in fear of being demolished to make way for WHAT?

More photographs are available on Hunter Photobank. To add more to the history Trove, the NLA initiative, has many articles concerning the Wickham School of Arts on their web site.

One thought on “Wickham School of Arts”