We are pleased to advise that historic Toll Cottage (formerly Rose Cottage) 51 Bolton St, Newcastle has been listed on the State Heritage Register (SHR no: 2032) The item was listed due to its heritage significance to the people of Newcastle.

After so many years and so much analysis, research and negotiation to have Toll Cottage acknowledged, it is indeed very welcome news.

The cottage was originally erected by by J. Finney in late 1857, and is not a late convict-era cottage erected circa 1828-1840 as was  originally thought, and listed in 2012.

Thanks to Mr Graeme Steinbeck for his contribution in locating this information. We also acknowledge members of the Hunter Living Histories who researched the cottage, and particularly the work of the late Russell Rigby who was always meticulous in his work, as well as Charles Martin who assisted in a detailed visualisations and research using archives and other visual sources, and to Gionni di Gravio (OAM) for his unwaivering support and advocacy. Here is the link to the analysis that contributed to the successful listing Is Toll Cottage (or Rose Cottage) in Bolton Street, Newcastle’s Oldest Building?

We also acknowledge the dedication of the Hunter Regional Committee of the National Trust (NSW) who advocated for the listing back in 2004 via the ‘State Icons’ project and greatly supported this current nomination.

The cottage was listed due to its heritage significance to the people of the state of New South Wales.

The details of the item, including the statement of significance, can be viewed on the SHR via the Heritage NSW website at:https://www.heritage.nsw.gov.au/search-for-heritage/.

Many thanks to David Hoffman, Senior Heritage Operations Officer at Heritage NSW for  his guidance and support. 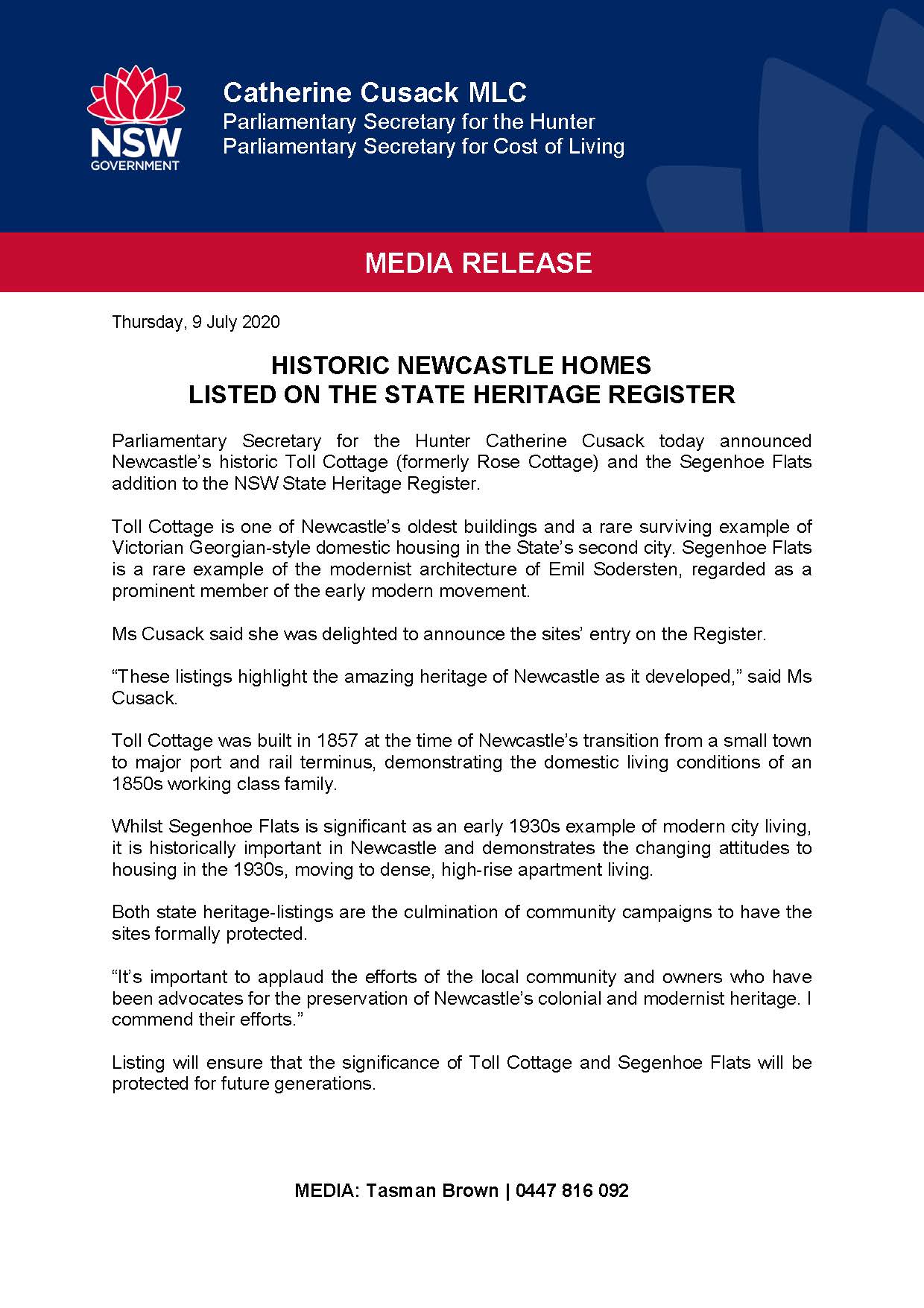 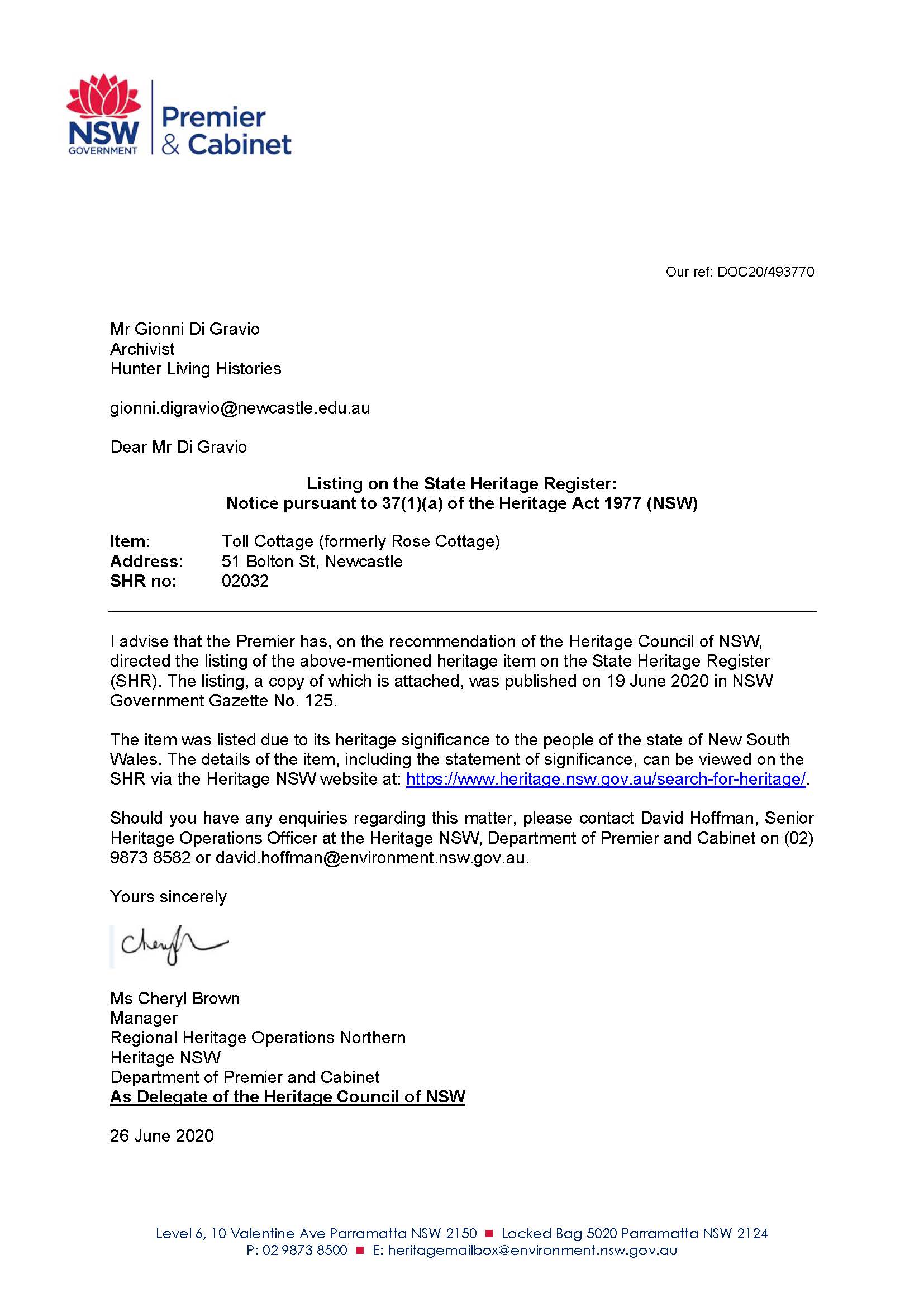