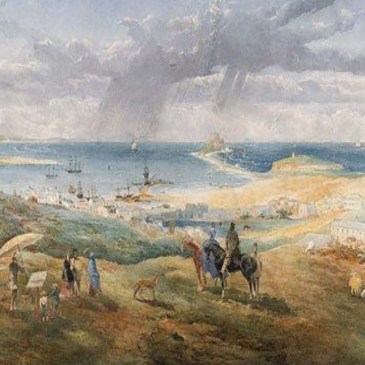 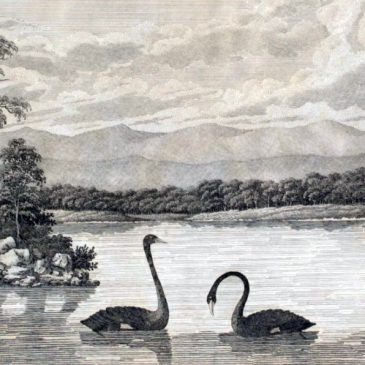 Introduction As part of the COVID19 lock down during April 2020, a challenge was published through the Hunter Living Histories Twitter feed to identify the possible location of an engraving of two black swans at Reed’s Mistake, (now Swansea) that were published two hundred years ago 1820, but captured sometime around 1818 as part … END_OF_DOCUMENT_TOKEN_TO_BE_REPLACED

(This post has been transferred from ‘Newcastle Government Domain’ WordPress site- originally posted 11 September 2012) “‘Here is an Asylum open…’ Constructing a Culture of Government Care in Australia 1801–2012” by Ann Hardy PhD candidate in the School of Humanities and Social Sciences. Presented on the 7th September as part of the 2012 History Seminar … END_OF_DOCUMENT_TOKEN_TO_BE_REPLACED 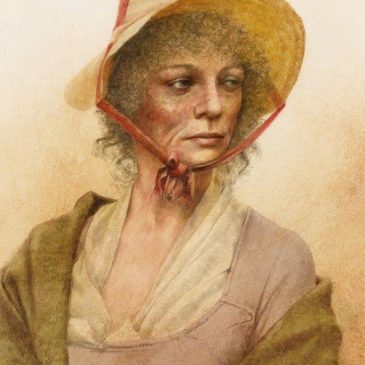 GLENROCK’S INCREDIBLE VOYAGE by John Lewis       ON March 30 228 years ago eight men, a woman and her two young children landed on what was almost certainly the beach at Glenrock Lagoon on the first leg of what was to be an epic 69-day, 5236-kilometre open boat voyage to Timor. The nine … END_OF_DOCUMENT_TOKEN_TO_BE_REPLACED 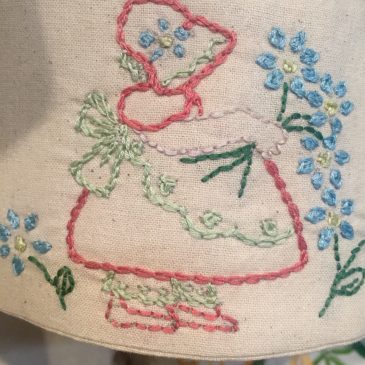 On Tuesday 31 July 2019, the publication “They sent me north: Female Convicts in the Hunter” compiled by Mel Woodford with Jan Richards, edited by Elizabeth James from the Newcastle Family History Society (NFHS) was launched at the Lovett Gallery, Newcastle Library. The book has many contributions by the descendants of female convicts and members … END_OF_DOCUMENT_TOKEN_TO_BE_REPLACED 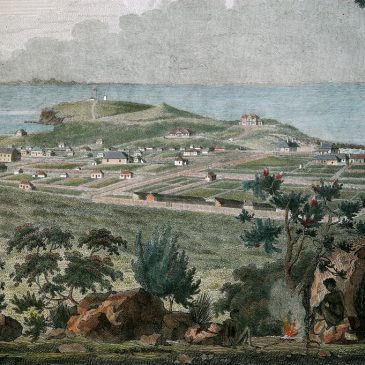 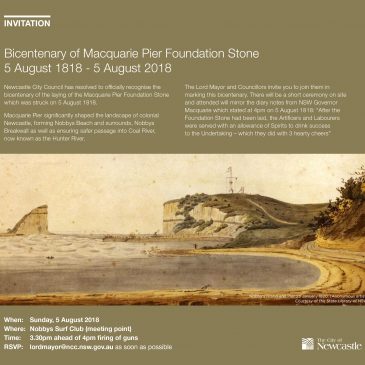 This Sunday marks the 200th anniversary of the laying of the Foundation Stone for Macquarie Pier on August 5th 1818. Governor Lachlan Macquarie laid the foundation stone for the Newcastle breakwater, named in his honour by Commandant Captain James Wallis as “Macquarie Pier” during one of his three visits to Newcastle on the 5th August  … END_OF_DOCUMENT_TOKEN_TO_BE_REPLACED 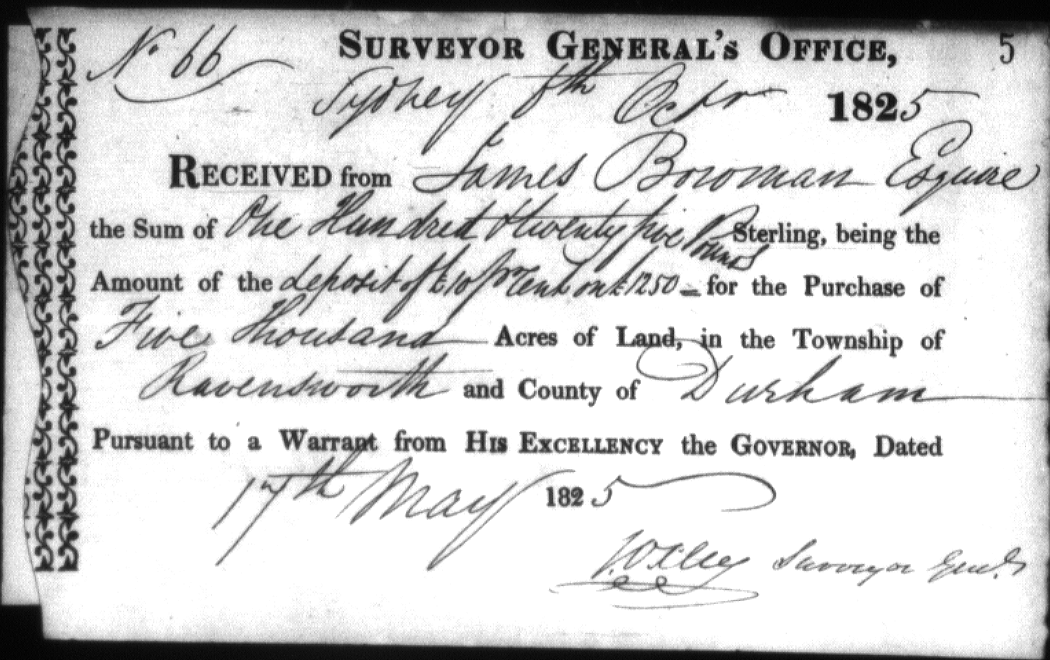 This post is intended to provide a brief overview and timeline of some of Dr. James Bowman’s land grants and land purchased that formed the Ravensworth homestead in the Hunter Valley, largely reflected through formal Colonial Secretary correspondence and personal correspondence from the James Bowman papers held at the Mitchell Library.       This … END_OF_DOCUMENT_TOKEN_TO_BE_REPLACED 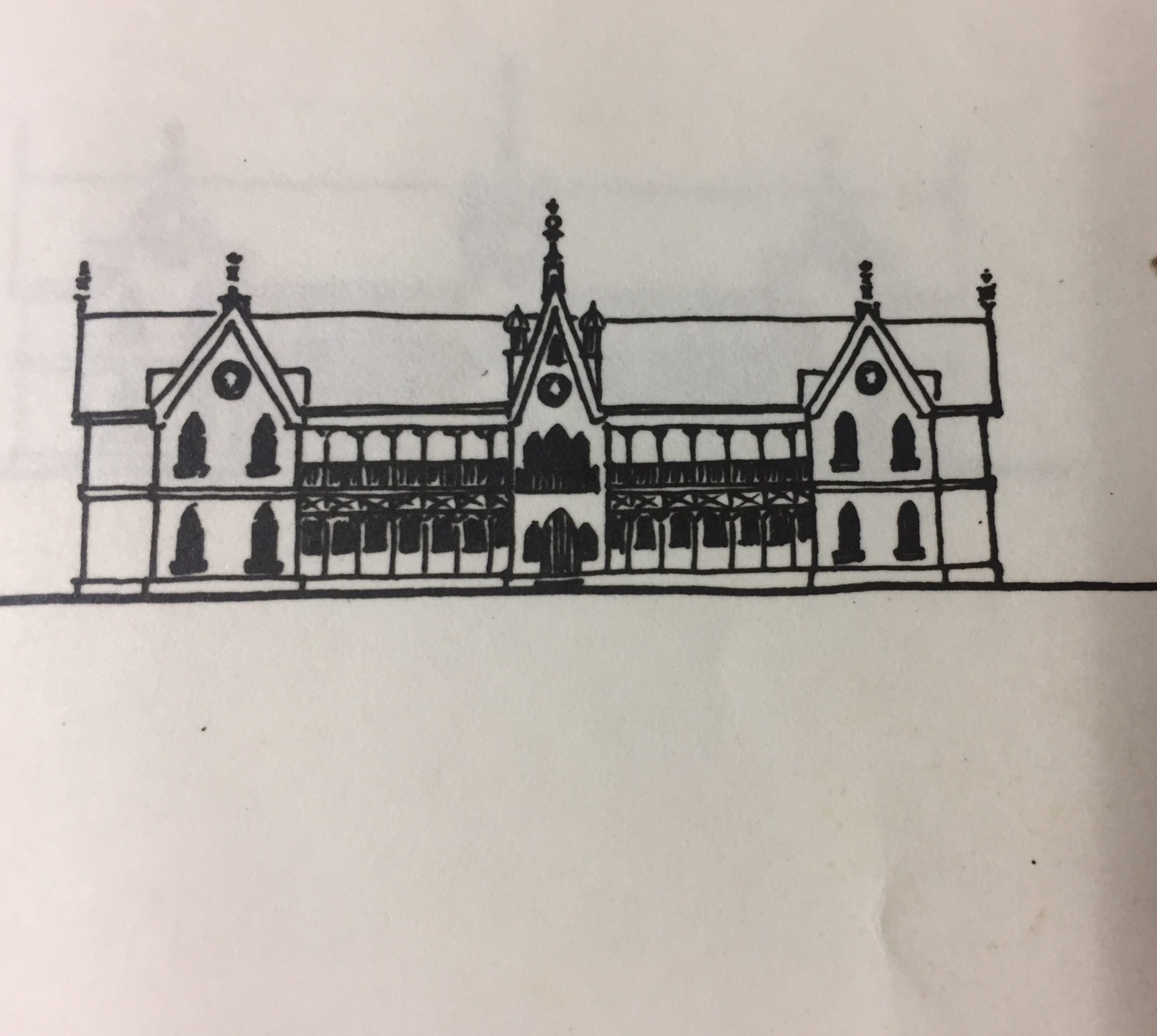 HEALTHCARE IN NEWCASTLE 1817-1860 By Dr Ann Hardy (Presented at The Hunter Postgraduate Medical Institute one-day seminar at HMRI on 11 November, 2017.) Newcastle hospital is one of the oldest hospitals in Australia, founded in 1817, however limited primary sources have survived relating to healthcare. To commemorate 200 years of the Newcastle Hospital a secondary … END_OF_DOCUMENT_TOKEN_TO_BE_REPLACED