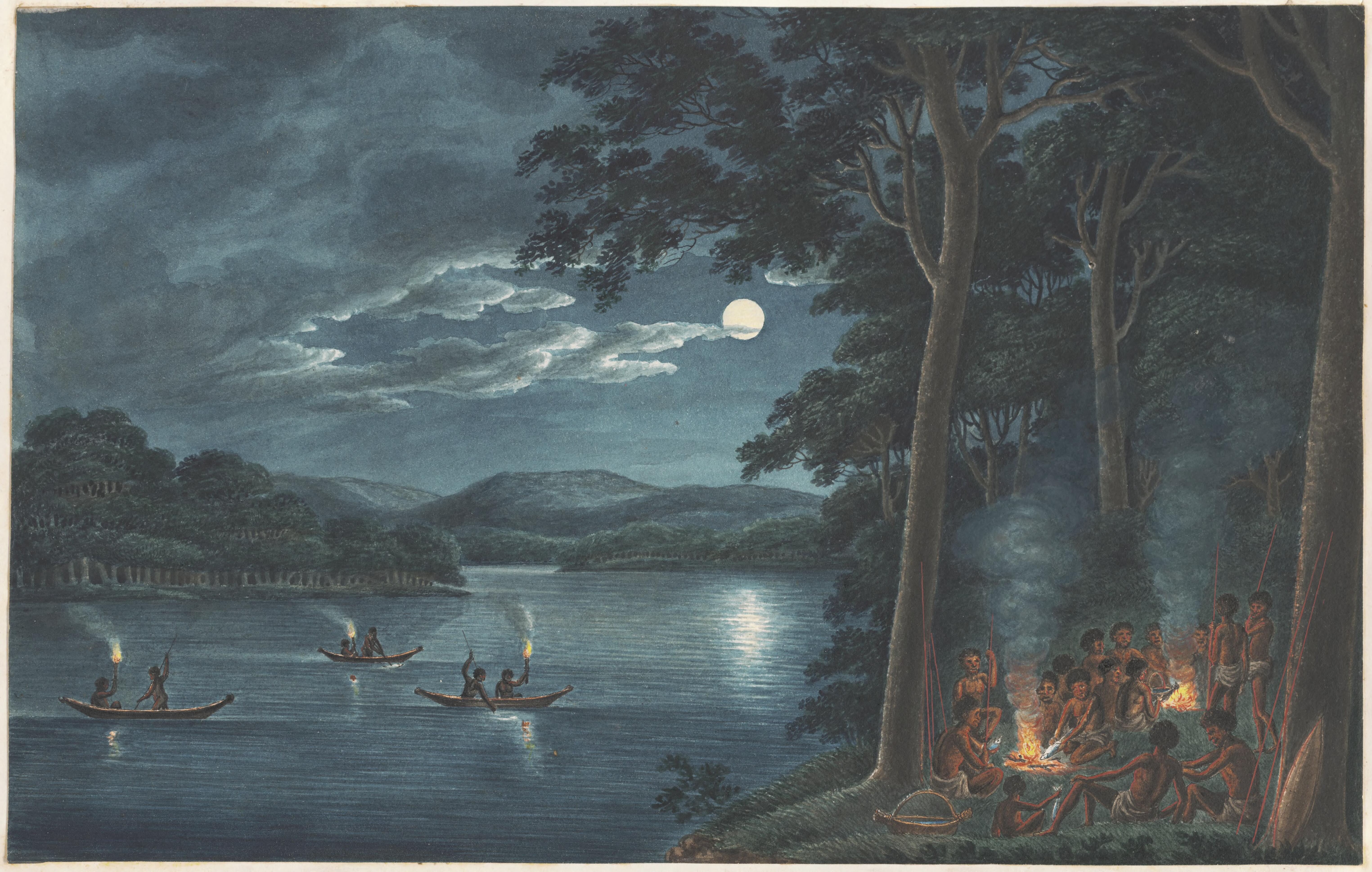 Wauwai is described as a monster fish, much larger than a shark, that inhabits Wauwaran; a fresh water hole in the vicinity of Lake Macquarie, believed by the Aboriginal people to be bottomless. Wauwai is also known to be found near an island in Lake Macquarie named Boroyirog.  He was known to overturn canoes, and swallow the crew alive.

All ages artistic challenge. We don’t know what Wauwai actually looked like. Read the descriptions below, and see what your imagination can create. Bring Wauwai and secret bottomless lairs of Wauwaran and Boroyirog to life in art.

Wauwaran, the name of a hole of fresh water in the vicinity of Lake Macquarie, betwixt it and the mountains westerly; said by the blacks to be bottomless, and inhabited by a monster of a fish much larger than a shark, called wauwai; it frequents the contiguous swamp and kills the aborigines! There is another resort for these fish near an island in Lake Macquarie named boroyirog, from the cliffs of which if stones be thrown down into the sea beneath, the ti-tree bark floats up, and then the monster is seen gradually arising from the deep; if any natives are at hand, he overturns their canoe, swallows the crew alive, and then the entire canoe, after which he descends to his resort in the depths below!

“In the vicinity of Lake Macquarie, betwixt it and the mountains to the west, called the Sugar Loaf range, there is a hole of fresh water, said by the blacks to be bottomless, and named by them Wau-wa-run from wau-wai, the name of a monster fish, much larger than a shark, and which it is said inhabits the contiguous swamps, and occasionally kills the Aborigines. There is another similar place near a small Island in the Lake. It is reported, by the blacks, that if stones be thrown down from the cliffs on the main land into the resort of these monsters, in that part of the Lake called Boroyerong, where the water is very deep, portions of the bark of the tea-tree would soon be observed floating upwards, and the monster would shortly afterwards be seen gradually arising out of the deep. Should any natives happen to be at hand, the horrid monster would overturn their canoe, and swallow alive the ill-fated crew, then the canoe itself after which he would descend to his resort in the supposed unfathomable water!”

Threlkeld, L.E. An Australian Language as spoken by the Awabakal the people of Awaba and Lake Macquarie (Near Newcastle, New South Wales) being an account of their Language, Traditions, and Customs. Sydney: Charles Potter, Government Printer, 1892.