Wild Man of the Woods 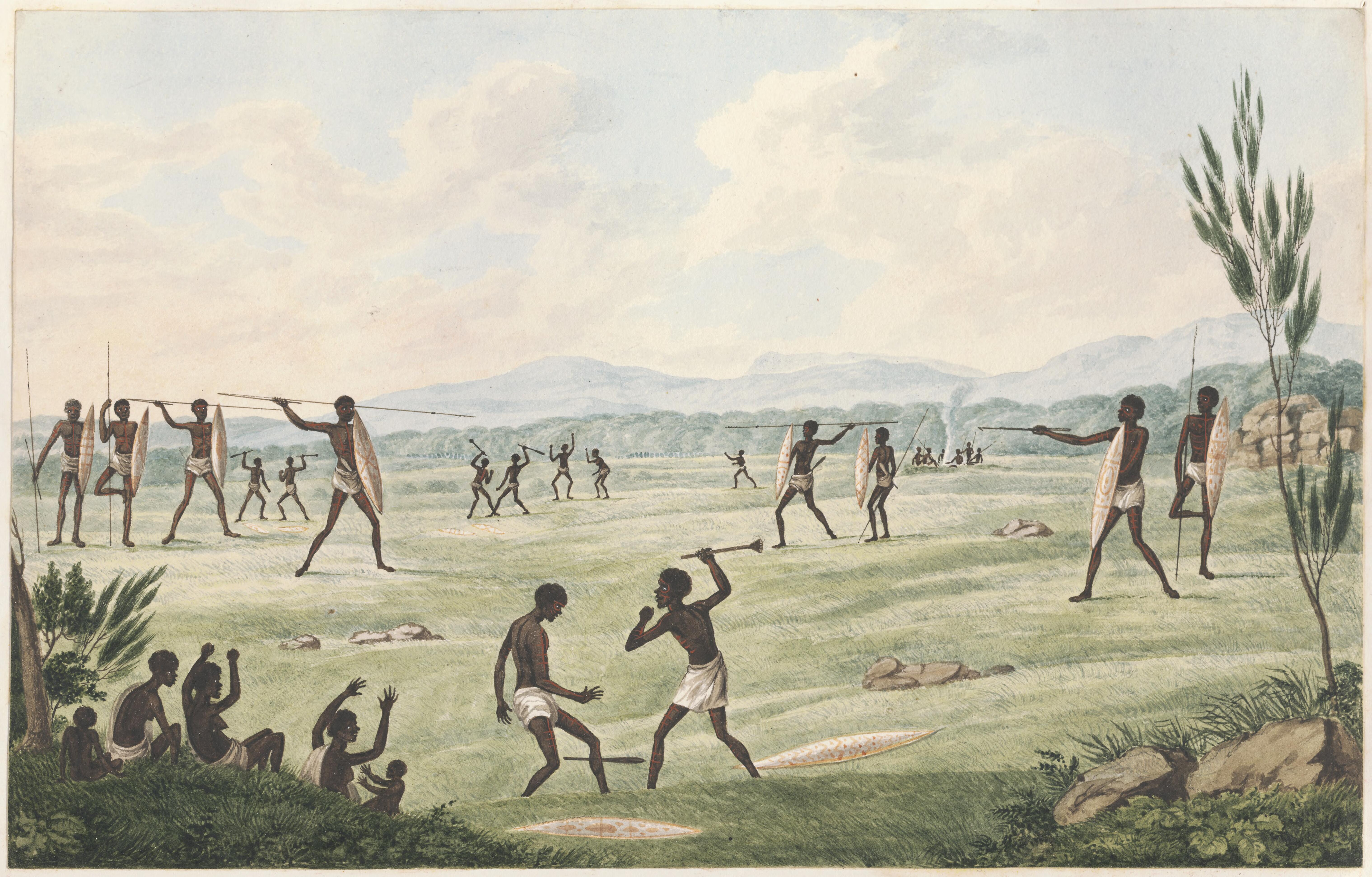 Tunubuarng (Koyorowen) is described as a demonic being in the form of a wild man with wonderful powers, that makes a loud noise like a trill. He is associated with Aboriginal duels. (See the news report of an Aboriginal Duel in Newcastle in 1801). The description of his wife, Kurriwilban, is even more terrifying, with horns on her shoulders for the impaling of children.

From Threlkeld’s first London Missionary Society Report for the Aboriginal Mission, December 1825 he provides the impression of this demonic being [Gunson p.194]:

“Tunubuarng is the name of another being infesting the woods: – he appeared a few months back to a man on the road we had marked through the wilderness, but the Aborigine was so much alarmed when he saw him, that he ran away immediately. This being is a wild man possessing a wife, who travels with a sharp-pointed stick on her shoulder, and when she meets a child she impales it, and carries it so transfixed in triumph on her shoulder to her retreat, and there devours it! Under such impressions it ceases to be a matter of surprise, that the Aborigines are so exceedingly fearful to be out in the dark.”

Koyorowen, the name of another imaginary being, whose trill in the bush frequently alarms the blacks in the night. When he overtakes a native, he commands him to exchange cudgels, giving his own which is extremely large, and desiring the black to take a first blow at his head, which he holds down for that purpose[1]; after this he smites and kills the person with one blow, skewers him with the cudgel, carries him off, roasts and then eats him.

[1] John Fraser adds in a footnote that “This is a common mode of duelling among the blacks. – ED.” Threlkeld, Awabakal Language p.47

“There is another Demon that haunts the woods, he is said to have appeared to one of our natives who was employed marking a road for us through the bush to our intended site on the borders of Lake Macquarie. The Black ran away dreadfully alarmed, so it was currently reported amongst the Blacks. This being is represented as a wild man of wonderful powers, having a wife of extraordinary character, his name is “Koyorowen” when he travels in the bush which is always by night, he utters a loud noise like a certain trill of the voice which the natives occasionally make, but is perfectly indescribable by the pen. I never heard the trill, but once, and that was when the tribes assembled to welcome Governor Bourke at Newcastle, when the blacks were assembled in line, as the Governor passed they bent down their spears and bowed down their bodies until the spears touched the ground, uttering all the time a loud trill on a descending scale. This said Koyorowen, when he overtakes a native, commands him to exchange cudgels, giving his own, which is extremely large, and then desires the black to take a first blow at his head which he holds down for the purpose of receiving the blow! This wonderful person then returns the compliment and by one blow on the skull kills the unfortunate victim, skewers him with the cudgel, carries him off into the woods, roasts and eats him!

“KO-YO-ROWEEN: He was an immense native who moved about only at night. A great triller, he was held in much fear. He, too, was a spirit person mentioned in the Bora; and in all probability was related to the practice adopted for ‘courts of honour’. This was the Awabakal (also more than likely other tribes) system of justice for certain types of breaches of tribal law, custom and personal grievance. These open air courts were held to deal with charges or complaints as between members of one clan or members of other clans, but rarely between members of two tribes, say Awabakal and Wanarua. Most tribal issues were settled by warfare, of varying degree, when ambassadors failed to negotiate a truce or settlement.

A ‘court of honour’ was arranged after tribal elders were agreed that the issue should be settled in traditional manner. The plaintiff and defendant would address those assembled for the occasion. (There was no private settlement by negotiation among aborigines unless a third party intervened.) The accused, if guilty, would be required to run a gauntlet of spears, killing sticks and boomerangs if the offence were serious. For defence the accused would be allowed a shielf to deflect weapons hurled at him. Generally, this test of guilt ended in death.

But the ‘stand off’ test gave the accused a reasonable chance to survive. Honour would be satisfied in this instance with the letting of blood, even if only slightly. Examples have been recorded of a single combat between two men to deal with a dispute involving a woman. The two men would stand opposite each other, at a distance set by a tribal elder, and take it in turns to throw a weapon at each other. After the first letting of blood concluded the challenge, the contestants would immediately become friends again. In such a battle for possession the woman would have no say, nor could she indicate a preference. The issue was regarded more as a personal than a tribal matter.

Ko-yo-roween was indeed brutal. On meeting an earthly native he demanded an exchange of cudgels; his was much larger (kotirra kauwarl) and more unwieldly than the ordinary waddy used by the native (kotara). He, aware of his magical invincibility, graciously offered his head for the first cudgel blow. Notwithstanding the size of the exchanged cudgel, the fearful native was unable to slay his challenger; but Ko-yo-roween, with one mighty head blow, killed his victim, who was skewered on the outside weapon, taken into the bush, roasted and eaten. Another warning to men when moving in the dark: the threat of a cannibalistic feast by a spirit enjoined the natives always to be alertful of darkness.” 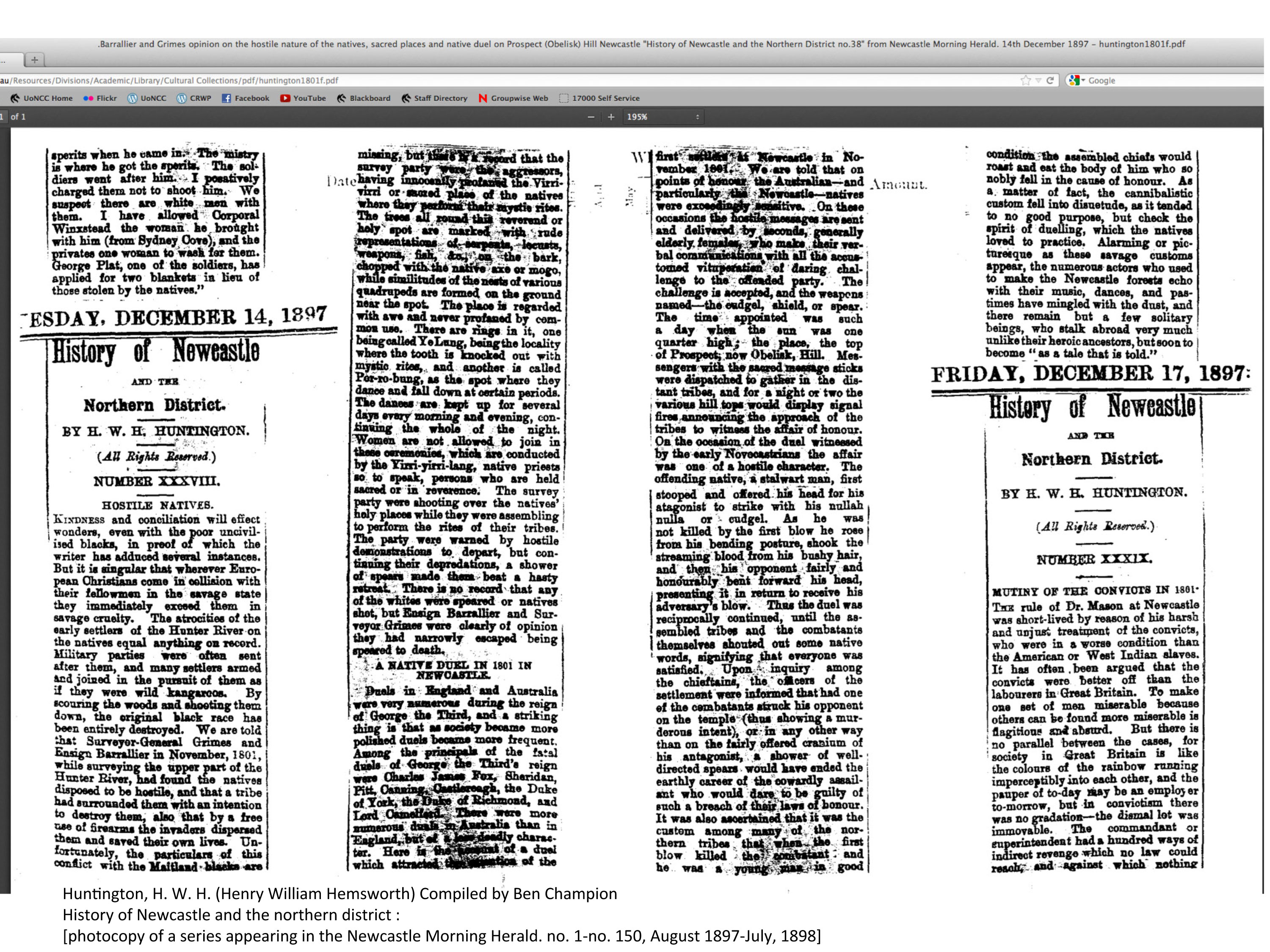 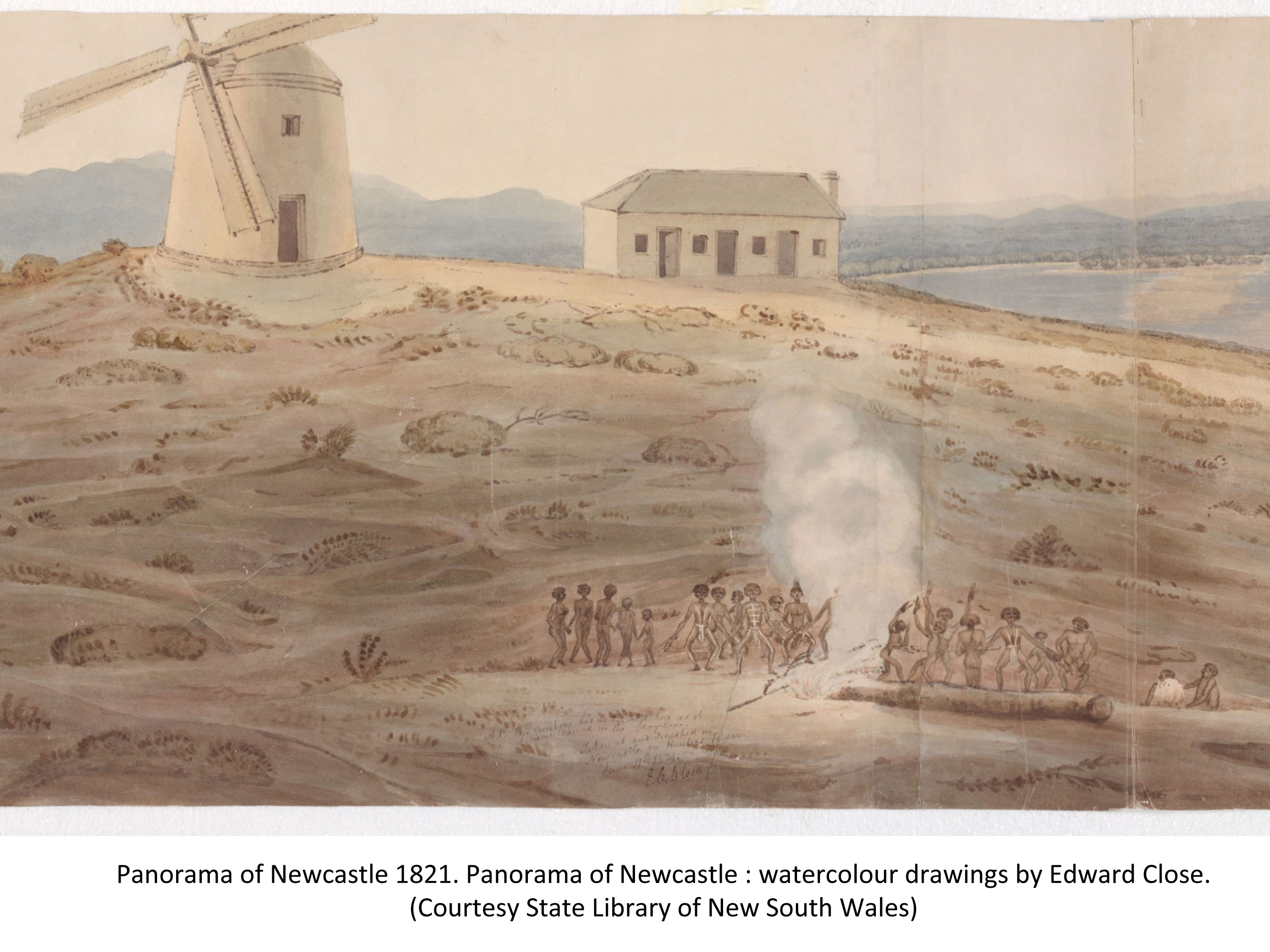 Kurriwilban, the name of his wife; she has a long horn on each shoulder, growing upwards, with which she pierces the aborigines, and then shakes herself until they are impaled on her shoulders, when she carries them to a deep valley, roasts, and eats her victims. She does not kill the women, for they are always taken by her husband for himself. Yaho has, by some means, come to be used by the blacks as a name for this being.

“Kurriwilban is the name of his wife; she has a long horn on each shoulder growing upward, with which she pierces the aboriginal children, and then shakes herself until they are firmly impaled on her shoulders, when she carries them to the deep valley, roasts and eats them. She does not kill the women, they being always taken by her husband for himself, she choosing children and male adults for her prey.”

“Ko-yo-reen had a wife of a more demoniac appearance – Kurriwilbarn. She had a long horn on each shoulder that she used to piece children. The impaled youngsters were taken to a deep valley, where she roasted and ate them. She concentrated on men and children. Women were left alone. Like all imaginary being there were no children of this mystical union. Perhaps the Awabakal considered they had enough adult spirits without giving them the power of recreation to have minors hiding behind the numerous gum trees and rocks in the region.”

A5410(i) Aboriginal myths and legends and other material  relating to the Aborigines of Eastern New South  Wales [Typescripts], 1977-1979

Threlkeld, L.E. An Australian Language as spoken by the Awabakal the people of Awaba and Lake Macquarie (Near Newcastle, New South Wales) being an account of their Language, Traditions, and Customs. Sydney: Charles Potter, Government Printer, 1892.