‘It can be said, that without our steel industry the invasion of Australia by Japan could not have been prevented’.
D. O. Morris 1947

A coalition of ten community groups, heritage researchers, University of Newcastle researcher and other stakeholders is conducting research, to produce a multi-format resource for development of enhanced public awareness, interpretation of remnant sites and visitor experiences of the story of Fortress Newcastle.

During World War II Newcastle was the ONLY place in Australia where:

What is Fortress Newcastle?

The Hunter Region became Australia’s major industrial production hub for manufacturing and supplying a massive range of essential war related products, making it the most important location for mainland defence.

Fortress Newcastle is an untold Nationally significant major regional story. The war effort in this region was critical to the survival of Australia. Many remnant facilities of Fortress Newcastle exist and are awaiting interpretation and adaptive reuse.

What did Fortress Newcastle Defend?

Fortress Newcastle extended from Port Stephens in the north, south to the Tuggerah Lakes and west to Muswellbrook.

The key points to be defended were the entrance to Port Stephens itself, the whole of the Stockton Bight beach between Anna Bay and the entrance to the Newcastle Harbour, and the beach areas south to the entrance of Lake Macquarie. 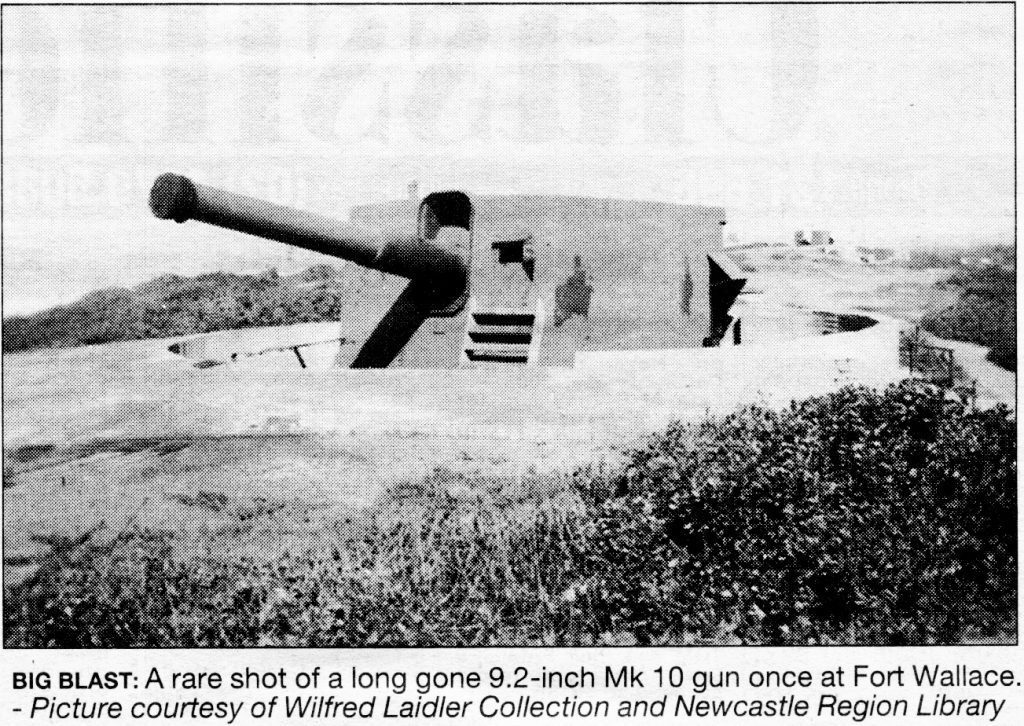 The guns at all forts, except those at Fort Tomaree, were capable of firing inland as well. A much smaller fortified position, located on the Breakwater at Nobbys, was armed with a six-pounder (2.72 kg) gun to control the entrance to Newcastle Harbour.

Royal Australian Air Force Radar Stations were positioned on the summit of the Tomaree Headland, Park Battery in Newcastle, Ash Island, Catherine Hill Bay and Wipers near Williamtown Air Base to provide electronic surveillance over the sea and air approaches to the Newcastle Defended Area.

The Tomaree Fort also included a torpedo-launching system and 18pdrs that could cover the whole of the entrance to Port Stephens. Also at Nelson Head next to the inner lighthouse inside the port was armed with 60pdrs.

The Royal Australian Navy established a port examination service in Newcastle Harbour to check arrivals and departures of all shipping.

At the entrance to the Newcastle harbour for its defence an indicator loop was laid seawards from a minefield with the indicator loop and minefield controlled from a building located on the Stockton foreshore.

The Royal Australian Navy constructed a 5000-ton oil fuel tank at Tighes Hill, together with the installation of the necessary oil-loading pipework connection to provide a fueling capability for naval ships based at or visiting Newcastle Harbour. A southern defence line was established with an anti-tank ditch at Cold Tea Creek, south of Belmont.

A Naval base, HMAS Assault was established at Nelson Bay, to train American and Australian landing craft boat crews and beach commandos.

Anti-aircraft batteries were positioned at Tomago, Fern Bay, Mayfield, Stockton, Wangi as well as other very mobile batteries, easily relocated in and about the approaches to Newcastle and its industries. The RAAF operated air bases at Williamtown north of Newcastle and a large seaplane base at Rathmines at Lake Macquarie south of Newcastle

The Components of Fortress Newcastle

This was all controlled from Shepherd’s Hill in Newcastle and HMAS Assault in Nelson Bay. Fortress Newcastle was established to protect the critical war production industries.

The Newcastle Steelworks and associated steel-product manufacturers made up the major industrial manufacturing facility in Australia. During the war all industries installed additional machinery and converted their entire production process to producing an incredible range of war materials. The Newcastle Industrial hub comprised Newcastle Steelworks, Rylands, Stewarts and Lloyds, Lysaght, Commonwealth Steel, Goninan, Cardiff Railway Workshop, the State Dockyard, as well as many smaller manufacturers, a major Sea Port for distribution of many rural products, many coal mines, – all vital for the war effort.

A coalition of ten community groups is currently researching all components of Fortress Newcastle and will launch an exhibition and digital media to city leaders in October 2021, to gain stakeholder support for further development of visitor experiences. Interpretative redevelopment of the Master Gunners Cottage and remnant structures at
Shepherd’s Hill will provide a base for Fortress Newcastle, allowing linking of Fort Scratchley with the soon to be opened Fort Wallace at Stockton, the Armour Proof Range, Fighterworld and Rathmines Catalina base. This will result in guided and self-guided tours of this network of facilities using web and GPS based digital mobile apps.

Anyone with information or experience willing to support this project is invited to contact:

9 thoughts on “The Fortress Newcastle Project”