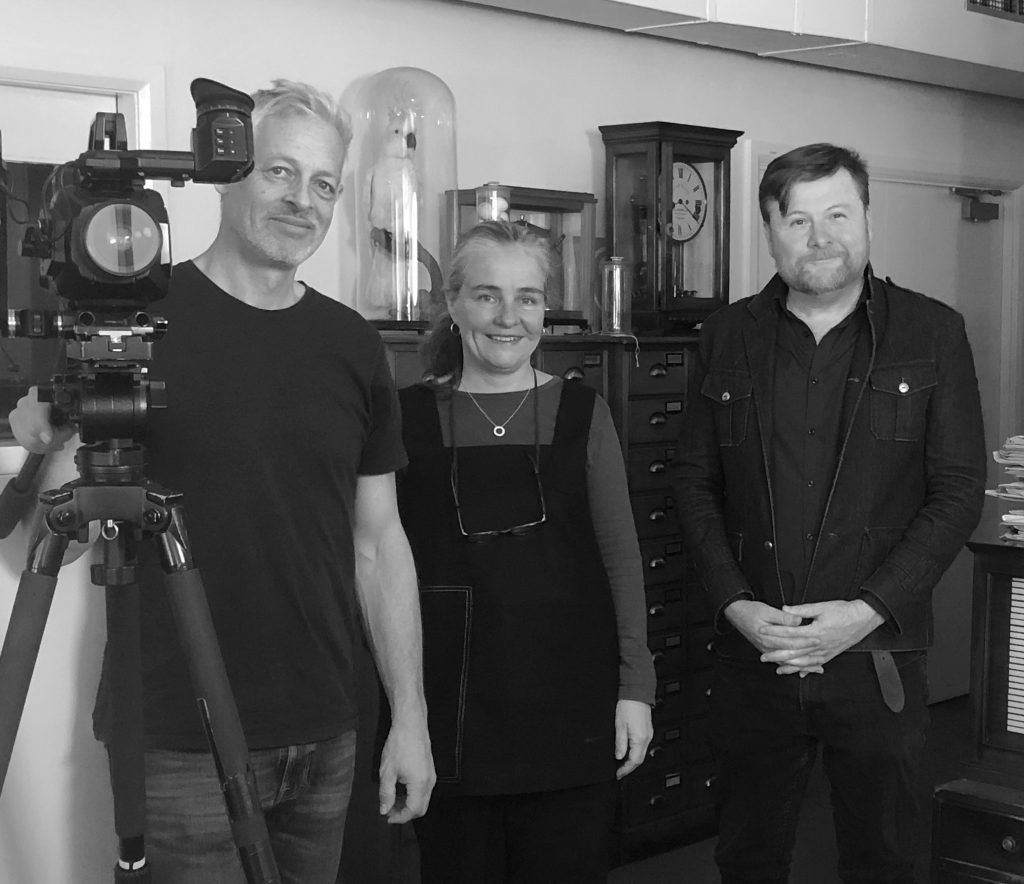 Making the Stories of Our Town series constantly takes Tony Whittaker and I to cool places to meet passionate people. Thursday afternoon 4 June 2020 was one of those days, meeting some of those people. We spent the whole afternoon in the Australian Museum’s archive with Vanessa Finney, curator and head archivist. She’s also the author of Transformations, a fabulous book about The Scott Sister of Ash Island which is the subject of our next film. The story of the Scott Family could make a Hollywood film. It’s about overcoming adversity, female empowerment, family, art, science, loss and regeneration which happened right in here in Newcastle. Vanessa is a normally a composed person, but her eyes light up when she talks about these remarkable women who were at the forefront of entomology at a time when women couldn’t be scientists. I’d only ever seen photographs of the Sisters work but something magical happened when Vanessa showed us the 170 year originals.

The vivid colour and intricate detail are mind blowing in real life. Some of the fine work was painted with single haired brushes. It’s more than science, it’s high art, world class and a major part of Newcastle’s history. 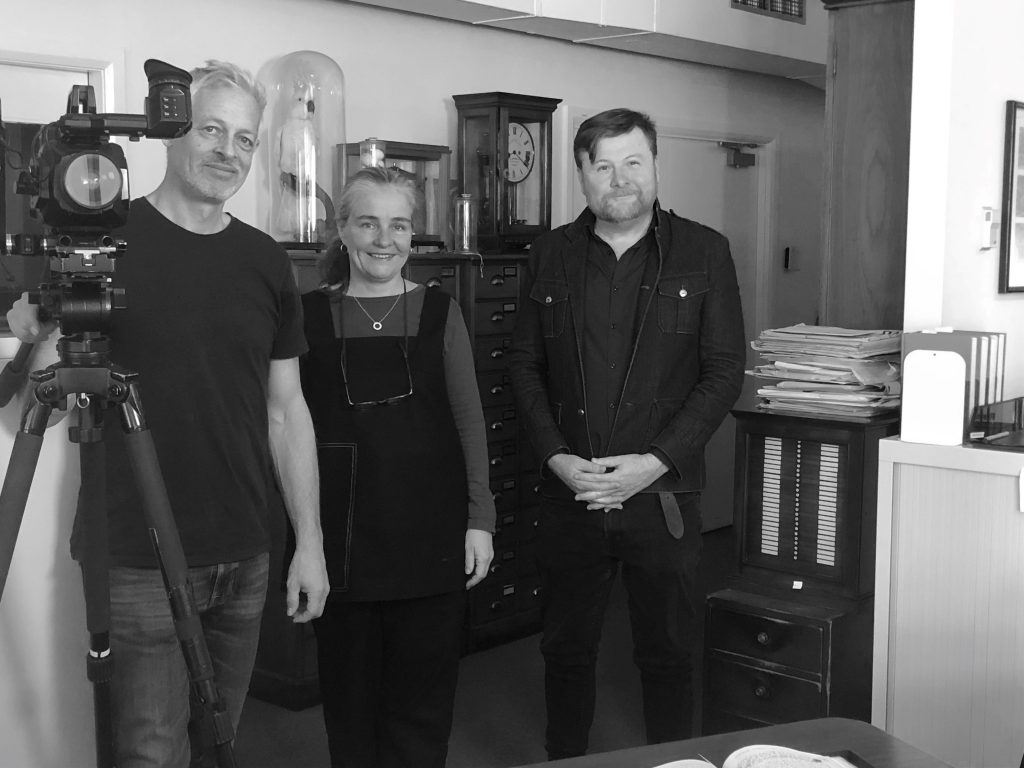 The Thursday morning was spent with Dr Michael Bennett, who has spent much of his life working on Native Title claims as well as being the author of Pathfinders, a book about Aboriginal Trackers in NSW. His book is a remarkable, layered story that begins at the start of the 19th Century and goes all the way up to 1973. He was such a smart, warm and well researched man. So much of the book is centred around Newcastle and the Hunter Valley. At the core of this story is that Aboriginal people have a much higher understanding of this country and I feel the sooner we quieten the noise and listen to them the better this country will be. Michael’s retelling of this intriguing chapter in our history will really elevate a film we’re releasing later in the year.     Stay Tuned

So excited to have Kim McKay the Director and CEO of The Australian Museum on board with our Stories of our town project. Kim is not only the first woman to run the Museum in it’s 192 year history but she is also a brilliant communicator who is so passionate about the importance of preserving history. Her insights into the Scott Sisters of Ash Island really humanised the story of this underrated artists and scientists. Nice that Charles Darwin photo bombed our photo.

Spent a rainy morning with the an immense talent yesterday. Sami Bayly is helping us tell the story of The Scott Sisters of Ash Island. She studied the sisters 170yr old work at the University of Newcastle then won the Australian Museum’s Scott Sisters Scholarship. Part of the scholarship involved her working in the Museums archive and while she was there she started work on The Encyclopedia of Ugly Animals. That very book has now been voted best children’s book of 2020 and is about to launch in America. She also received a hand written note from Sir David Attenborough praising the book. Not bad for a 19yr old working out of her sunroom in Kotara. We’re getting very excited to show you Sami and The Scott Sisters story.

This is Daryn McKenny of Miromaa Aboriginal Language Centre. Darren, a proud Aboriginal man and is in my opinion and genuinely a higher being. Daryn and his team have spent the last decade bringing back the traditional language of the Awabakal people through his studies of the work of the missionary Rev Lance Threlkeld and Biriban. For Daryn language isn’t about unlocking place names, it’s about unlocking a greater history and a greater understanding of our environment. An example he uses is the word Kangaroo. Europeans use this word to describe all Australian Kangaroos when in fact the word actually means an old male Eastern Grey. This single word is filled with so much detail (age/sex/region) and the way it’s generally used highlights the tragedy of lost language. Aboriginal people lived harmoniously with the environment for an estimated 80 thousand years and hopefully by saving these languages we can find the knowledge to restore the balance.

The success of this language project and the procedures he designed and implemented have now seen him replicating this work in over a hundred sites nationally, as well as another hundred throughout North America and Canada. This is globally important work that he does out of an office in Hamilton, Newcastle. Stay tuned for our film later this year.

Tony and I spent the afternoon with two grand dames when we interviewed Carol Duncan at the City Hall. She may not be from Newcastle but you’d be hard pressed to find someone more passionate about our history. Yes she’s a journalist, yes she’s on council, yes she started and runs Lost Newcastle but above all that she’s a ripper storyteller with a head fall of jaw dropping facts and it’s a joy every time we get to hand out with her.

This is Frank Kadlec, he escaped the Russian invasion of Czechoslovakia in 1968 and came to Australia as a refugee with his wife, 1 year old son and the clothes on their back.
He arrived at the Mayfield Migrant Hostel on the Sunday, started at BHP on the Monday and worked every day till it closed in 1999. He didn’t speak a word of English but was a master metallurgist and within 4 years he was blast furnace foreman. His full story and insights into what made the BHP unique will blow you away. An additional odd fact is that we travel all over the region to gather these stories, after several initial phone calls with Frank I found out he lived 200 metres from my house.

This is Inga Chilling. Her family came from Germany after the Second World War at a time when it’s estimated that 1 in 10 Novocastrians worked at the BHP. BHP Newcastle had 8 canteens making thousands of meals everyday throughout the 24 hr shift. Inga’s job for thirty years was to go into the very male dominated workshops and collect the lunch orders. I loved every moment of our interview, she had us in stitches and gave us a really unique perspective on the BHP Story. (I also got a cutting of the succulent behind her.)

Had a ball with Tony Webb in his Carrington “chop shop”. Tony is directly connected to so much of the car culture in the region from illegal drag racing on Kooragang Island to Mattara Hill climb, Tomago Raceway, Rickshaw Hot Rod Show and his love of the V8’s. Anyone who knows Tony, knows he’s an artist. The car in the picture below is his day to day getting around car. It was built in 1930 with a 50hp engine and a wooden frame, it still has a wooden frame but it’s now got a 550hp engine and easily pulls his caravan. I can’t wait to share his stories with you.

Our documentary on the Star Hotel Riot wouldn’t exist without this man Barry Nancarrow. Barry shot the NBN news footage that went worldwide and won the Logie for best news coverage. He’s a gentle man with an incredible mind. His footage is “The Star” of The Star Riot. Thanks to an archivist Trevor Dare we manage to uncover 16 extra minutes of footage that hasn’t been seen in nearly 40 years. Even Barry hasn’t seen it since that night. Can’t wait to show you all. 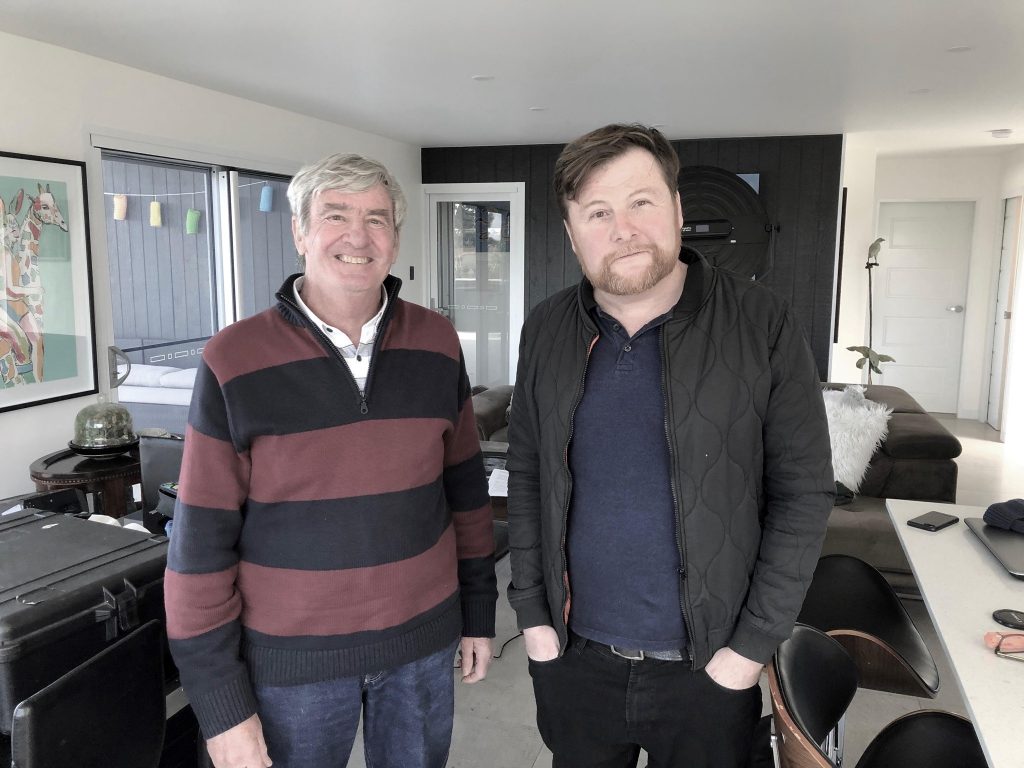 Barry told NBN news after watching an advance copy of the film “It’s incredible what the boys have done. They’ve taken a humble piece of news footage and turned it into a historical document”. What a compliment from such a talented man.

Signing off ’til our next update