The Wreck of the Berbice, Stockton Beach June 1888
By Russell Rigby

The Berbice ran aground at Stockton Tuesday 5th June 1888. The Rocket Brigade saved all on board.

The location of a shipwreck, believed to be the Berbice, and recent images from a drone, was reported in a Newcastle Herald article in August 2018:

The Marine Board of Inquiry into the shipwreck was conducted in Newcastle, 8-13 June, 1888 and reported in the Newcastle Morning Herald:

“That the wreck of the ship Berbice, which took place on June 5th, 1888, was caused by the wrongful act or default of the master, Alexander Ross, in recklessly navigating his vessel and totally disregarding the sailing directions for the port; the Board, therefore, require him to show cause why his certificate should not be suspended or cancelled.”

From the photos the centre of the wreck is 160m at 72º from the northeast corner of the Surf club building:

The debris field in the Sep 2017 photo is at least 40m long by 10m wide, which is comparable to the ship’s dimensions: LOA 53m, beam 9.5m. The long axis is aligned at right angles to the shore line. When it was wrecked the Berbice had a partial cargo of wheat from Melbourne, with shingle and bluestone ballast.

This compilation of images of the shipwreck on the beach, and of aerial photos from the last 7 years, was prepared in August 2018 by Russell Rigby, a member of Hunter Living Histories. 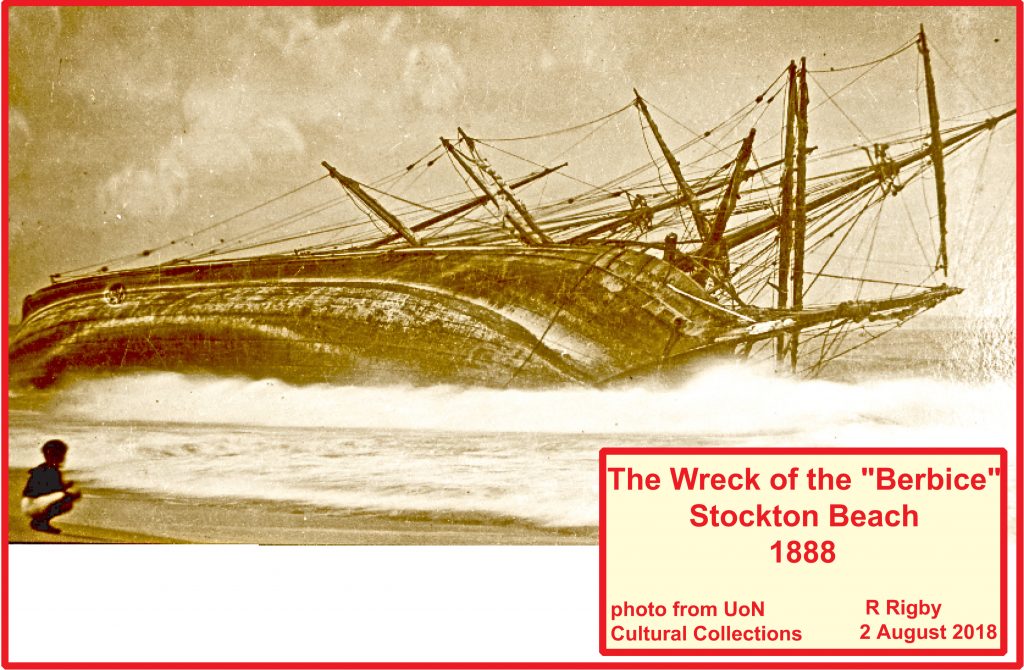 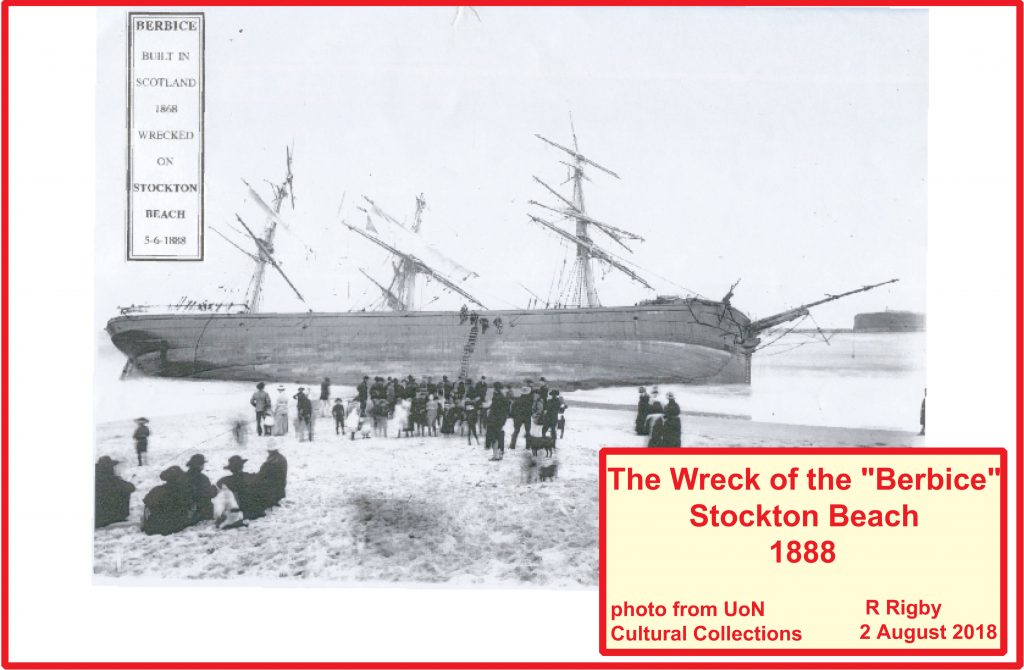 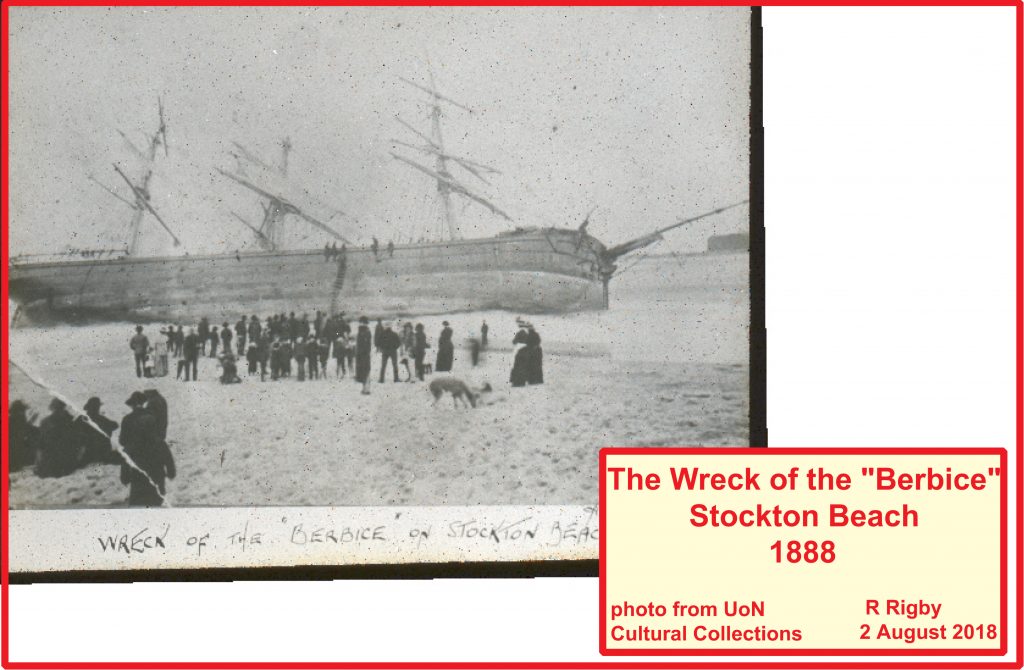 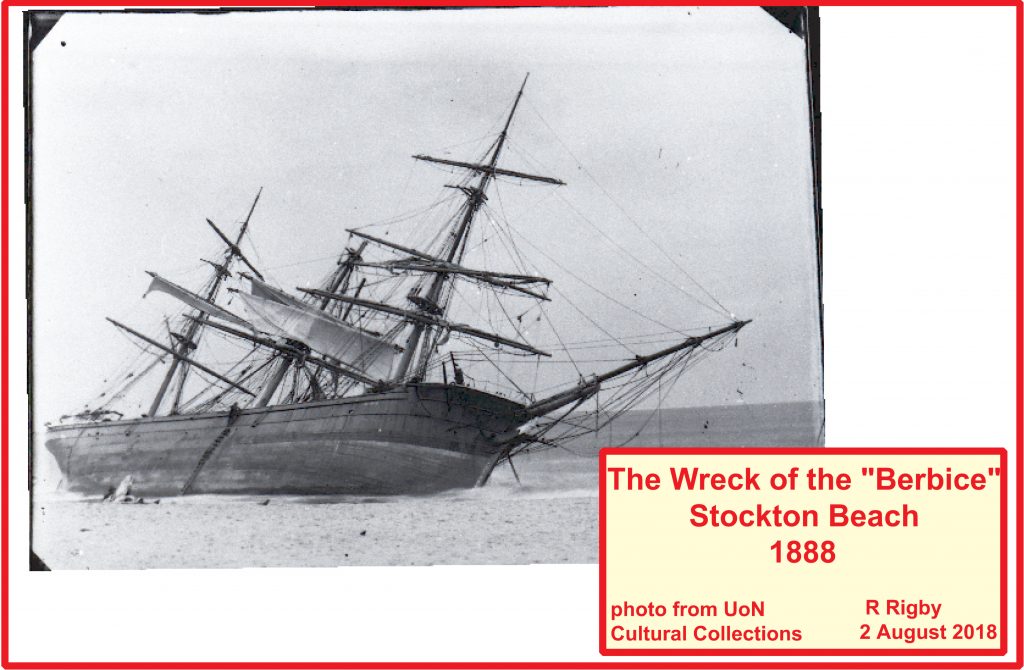 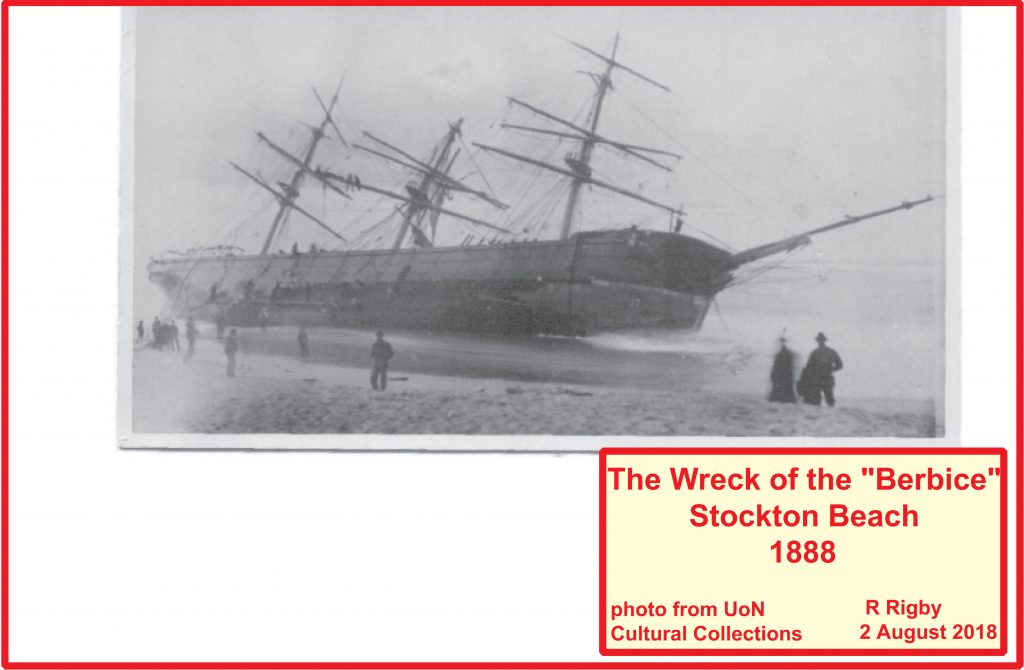 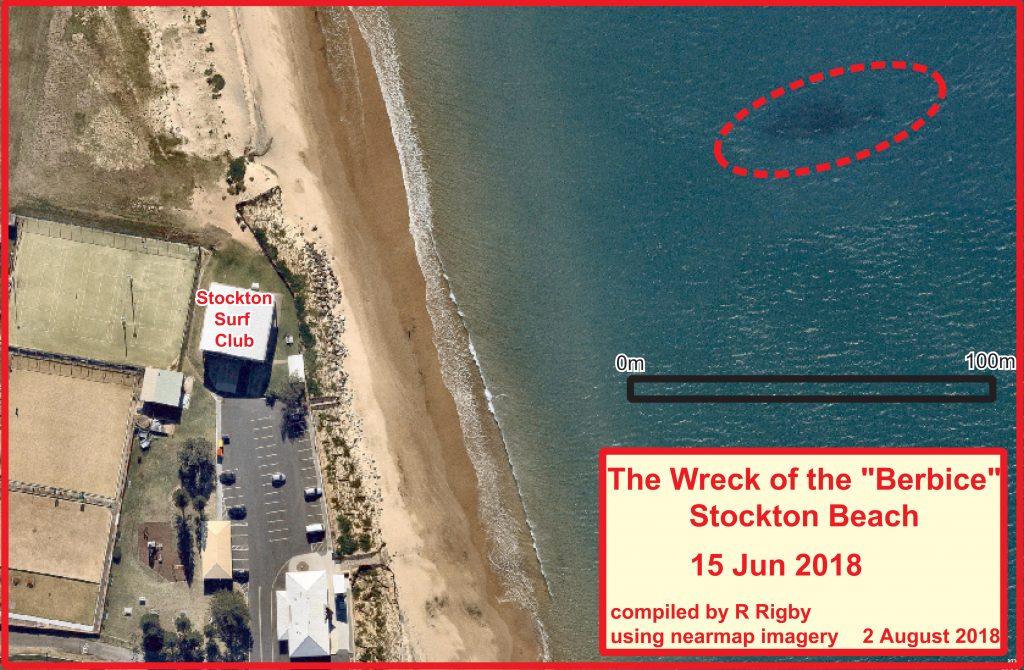 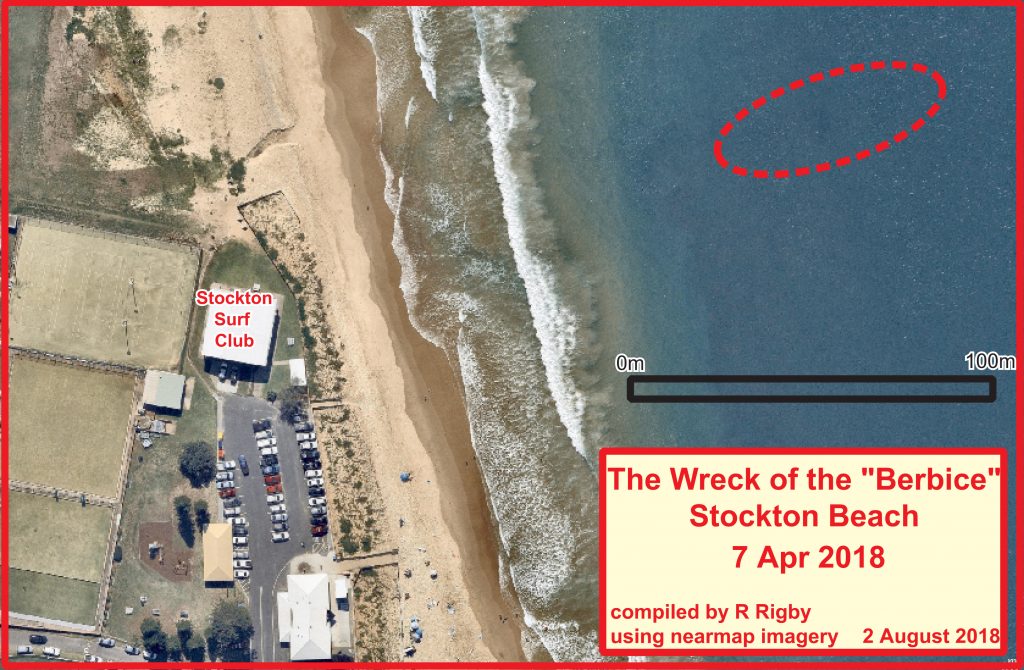 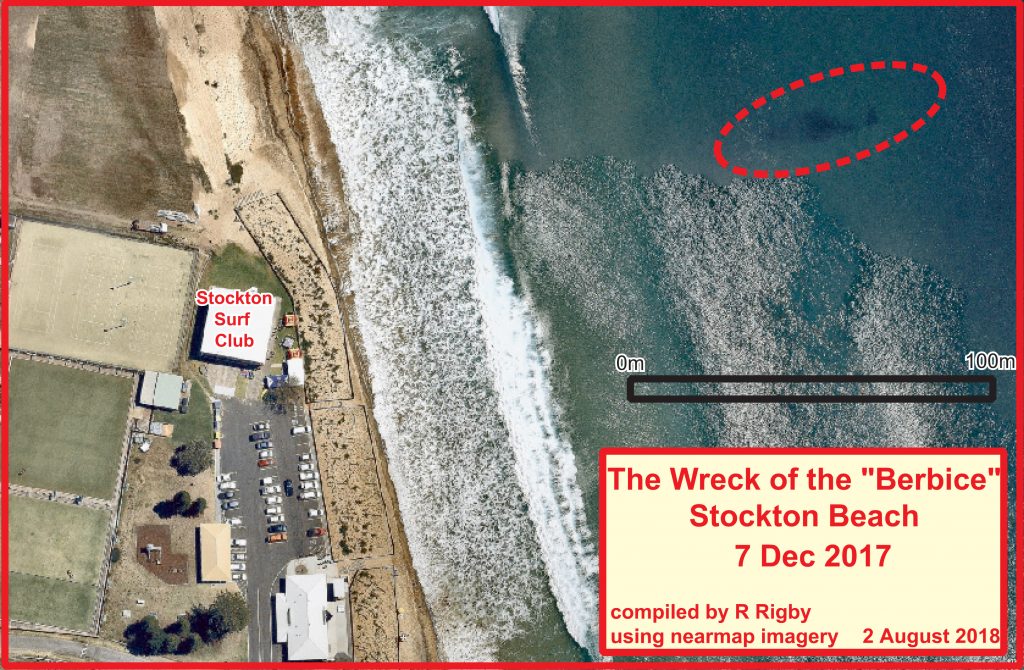 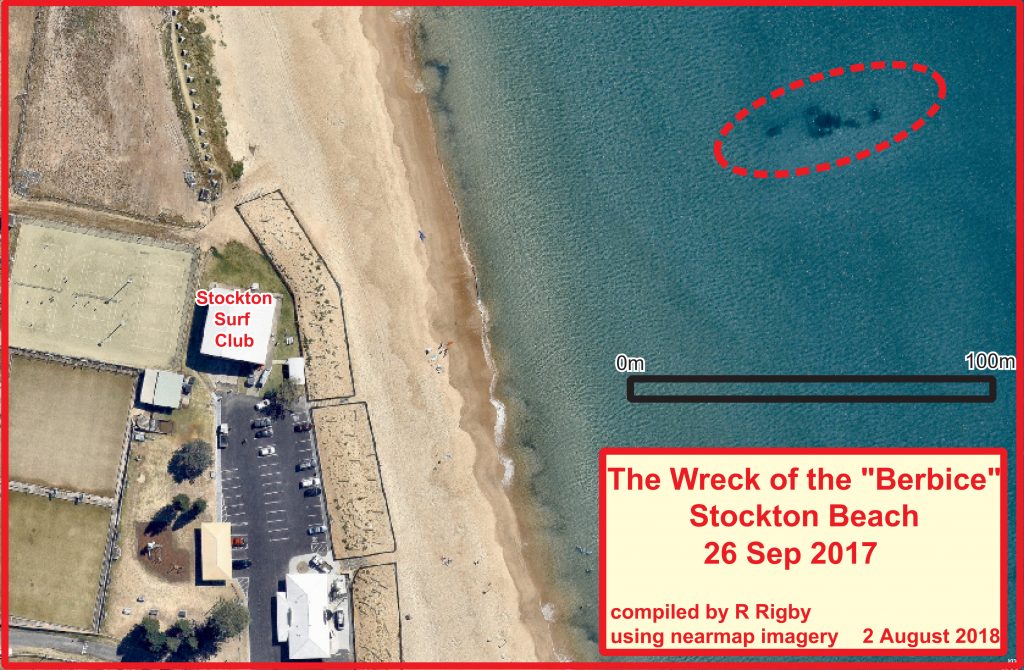 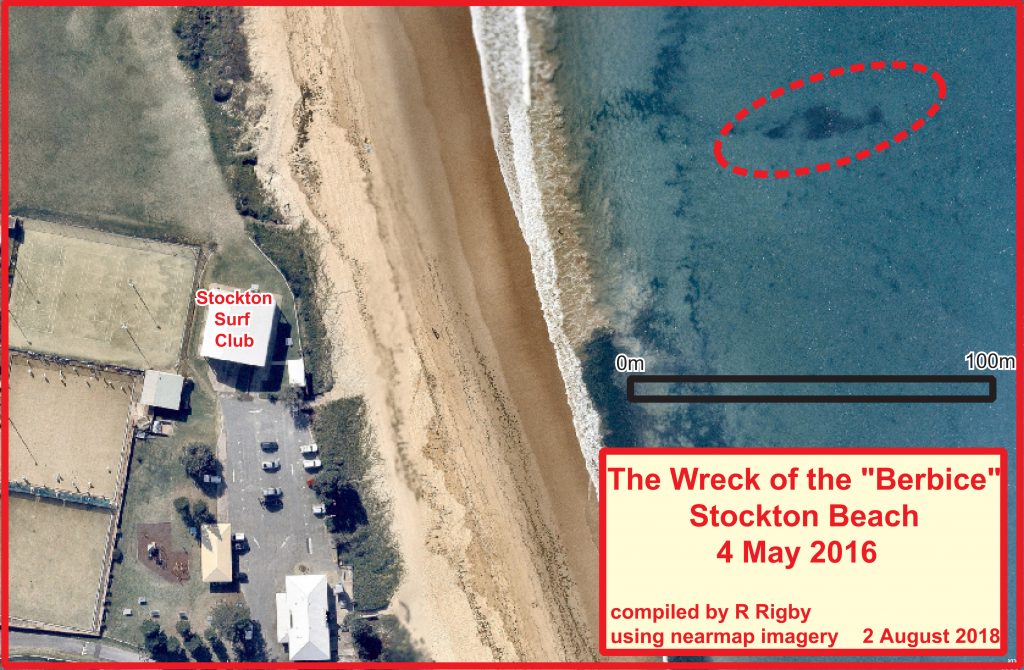 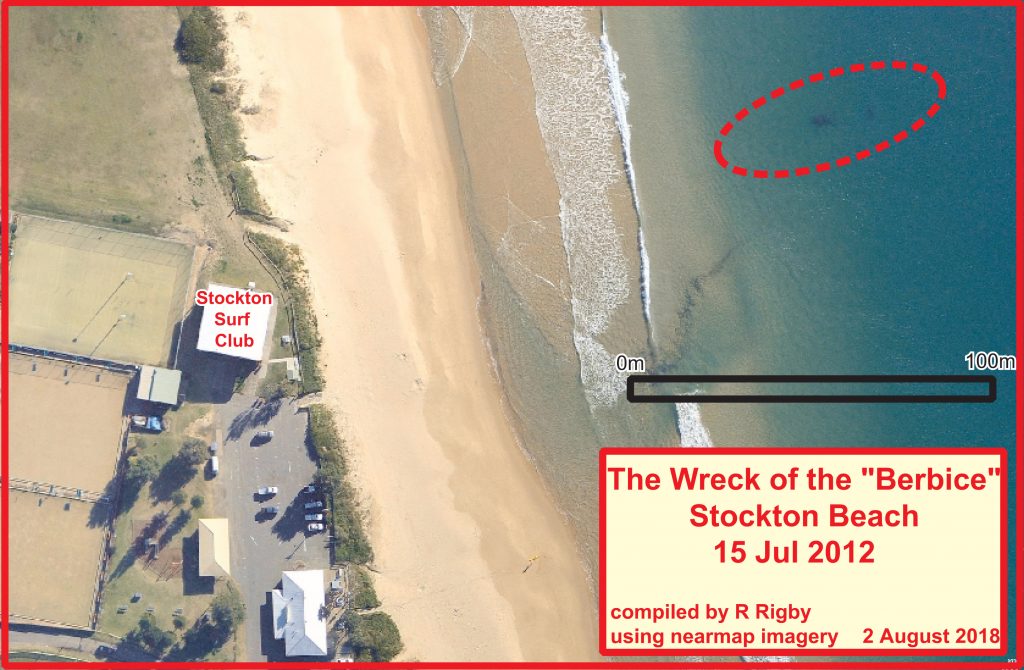 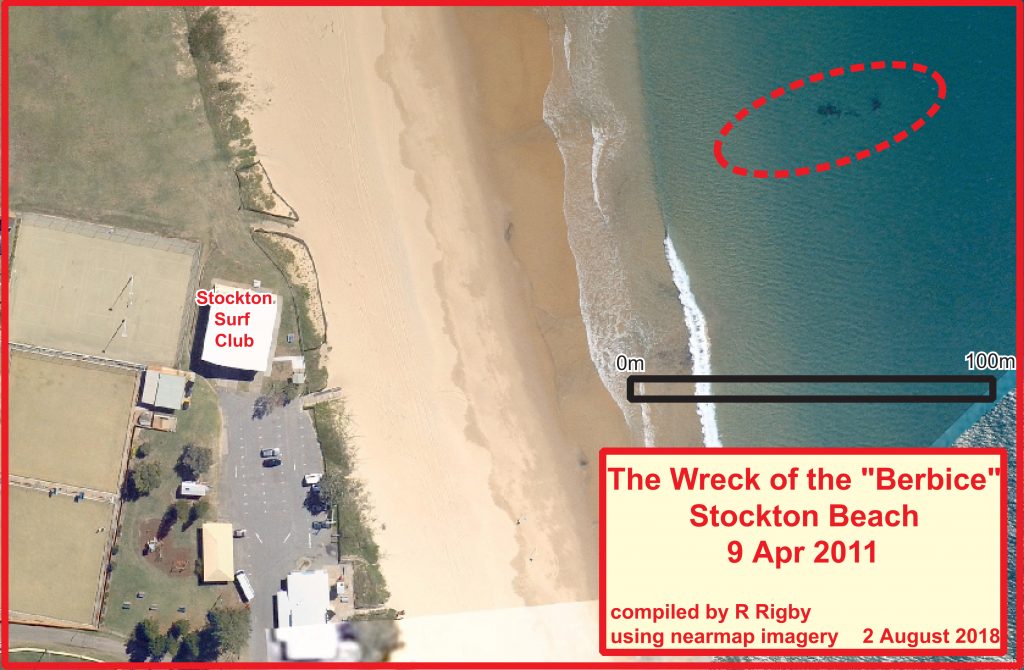 This is a composite of aerial photos of the Durisdeer wreck in 2016, 2017 and 2018. The wreck is off the beach, between Pembroke and Cardigan Streets (560m north of the “Berbice”wreck off the Surf Club), and and in about 5.5m of water.

2 thoughts on “The Wreck of the Berbice, Stockton Beach June 1888”