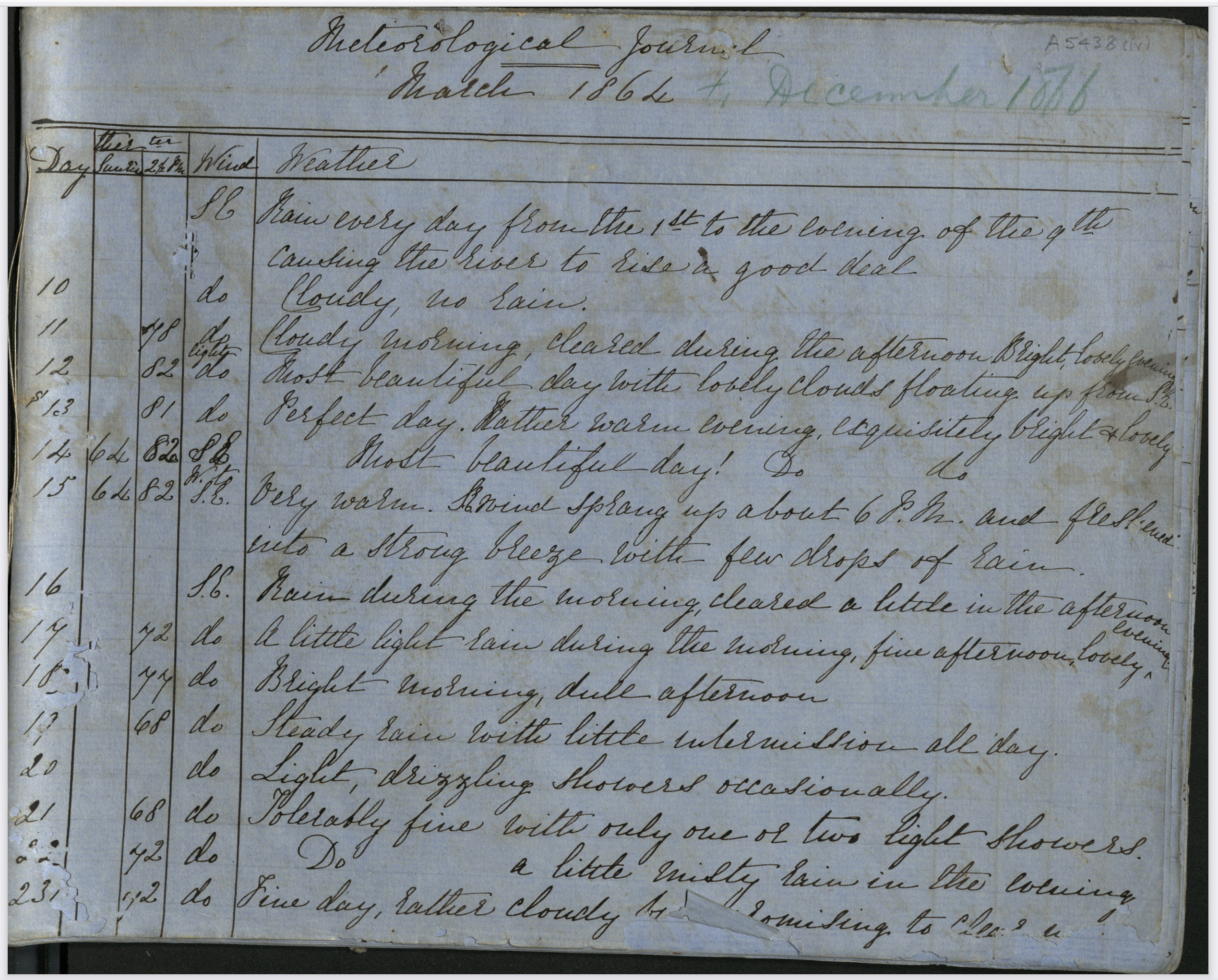 Exact measurement location unknown, but it is close to Lochinvar, Hunter Valley, NSW.

Note: Alfred Glennie is also verified as the observer for Glenthorne in East Gresford in the 1840s.

Order of record (in columns on associated spreadsheet)

The Comments record occasional periods away in Paterson, Singleton. Newcastle, and day trips to Branxton and the town of Lochinvar.

The thermometer was broken in a gale on Nov 2, 1868. Yet temperature measurements were recorded the next day. There is no replacement information.

There is no indication of any liaison with the NSW Astronomer. This quality of this data set cannot be verified. The record has many gaps, occasionally for several days at a time, especially for the first three years. These data are only useable in support for descriptions about weather events using more complete information from other locations and sources.

The main advantage of this data set is the years of measurements. Currently we have no other data for the 1864-1867 period, and only one overlap (see Maryland) from 1868 to 1870. 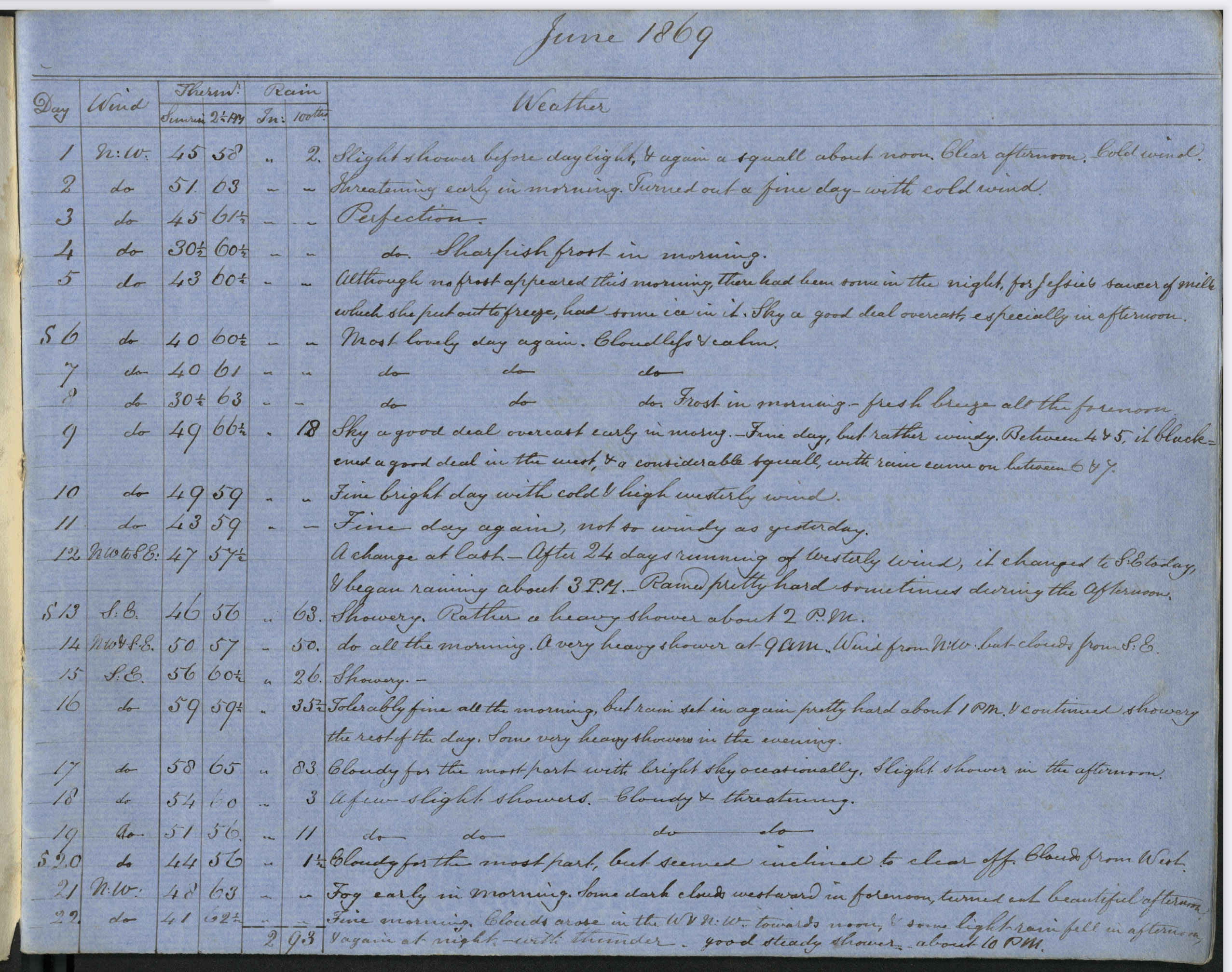