For nearly 190 years, The Royal Newcastle Hospital was the main hospital in the Australian city of Newcastle. Founded when Newcastle was still a penal settlement, it stood on a hill overlooking the Pacific Ocean and the Hunter River port of Newcastle from 1817 until 2007 when it was demolished and incorporated in to the John Hunter Hospital.

Founded in 1817, Newcastle Hospital (as it was called until 1949) it achieved international renown by the middle of the 20th century. It had its beginnings in a converted jail that overlooked the Pacific Ocean as well as the convict settlement that I was created to serve. Newcastle is the site of the second European settlement in Australia after Sydney. (Marsden & Hunter, 2003) The Hospital grew in step with Newcastle as it began to have a powerful influence on the East End of Newcastle and port side communities.

Newcastle became home to many well known and loved identities. From the 1930s to the 1960s, Royal Newcastle Hospital was the center for innovation in Australian health care. Under the leadership of visionary Medical Superintendent, Chris McCaffrey in introduced revolutionary reforms and innovations. These were strongly opposed by the health bureaucracy and organised medicine, and it is unlikely that they will ever be replicated in the current environment. (Duggan & Hendry, 2005)

Other characters include Matron Irene Slater Hall. Doctors recalled her as having a ‘magnificent style’ but nurses who had studied under her recalled her to be harsh. In keeping with the Nightingale traditions, she was a strict disciplinarian who terrified many probationers. She often refused their leave, insisted that sick nurses still reported for duty, and made them pay for breakages. She also brought in the ‘Bonnet & Bows’ system which remained in place until 1985. Nurses who entered their third year with a good ‘Academic Result and Behavioral Standard’ were summoned to the Matrons office where they were greeted with the words “Nurse, you may now put on your bows”. This status symbol was the goal of all trainees. (“Bows and bonnets”, 2016) She was also known for her eagle eye, keeping surveillance on the Nurses in their quarters through the night from her flat across the road from the Nurses home. Off duty she could be seen walking along Newcastle Beach with her much loved terrier Rusty, dressed in full uniform and wearing a white veil. (Duggan & Hendry, 2005)

“You will find that my school can be likened to the British Army. There in only one difference – they have slackened discipline, I have not.” – Matron Irene Slater Hall (matron from 1915-1958)

The Nursing staff at the hospital operated under the Nightingale System, which required Nurses to resign once they were married, despite the fact it caused serious staff loss. This continued up until the mid-1960s. In the 1980s attitudes changed and the rules for nurses and nursing students became more relaxed. By this stage many nurses, and even trainees, were married. 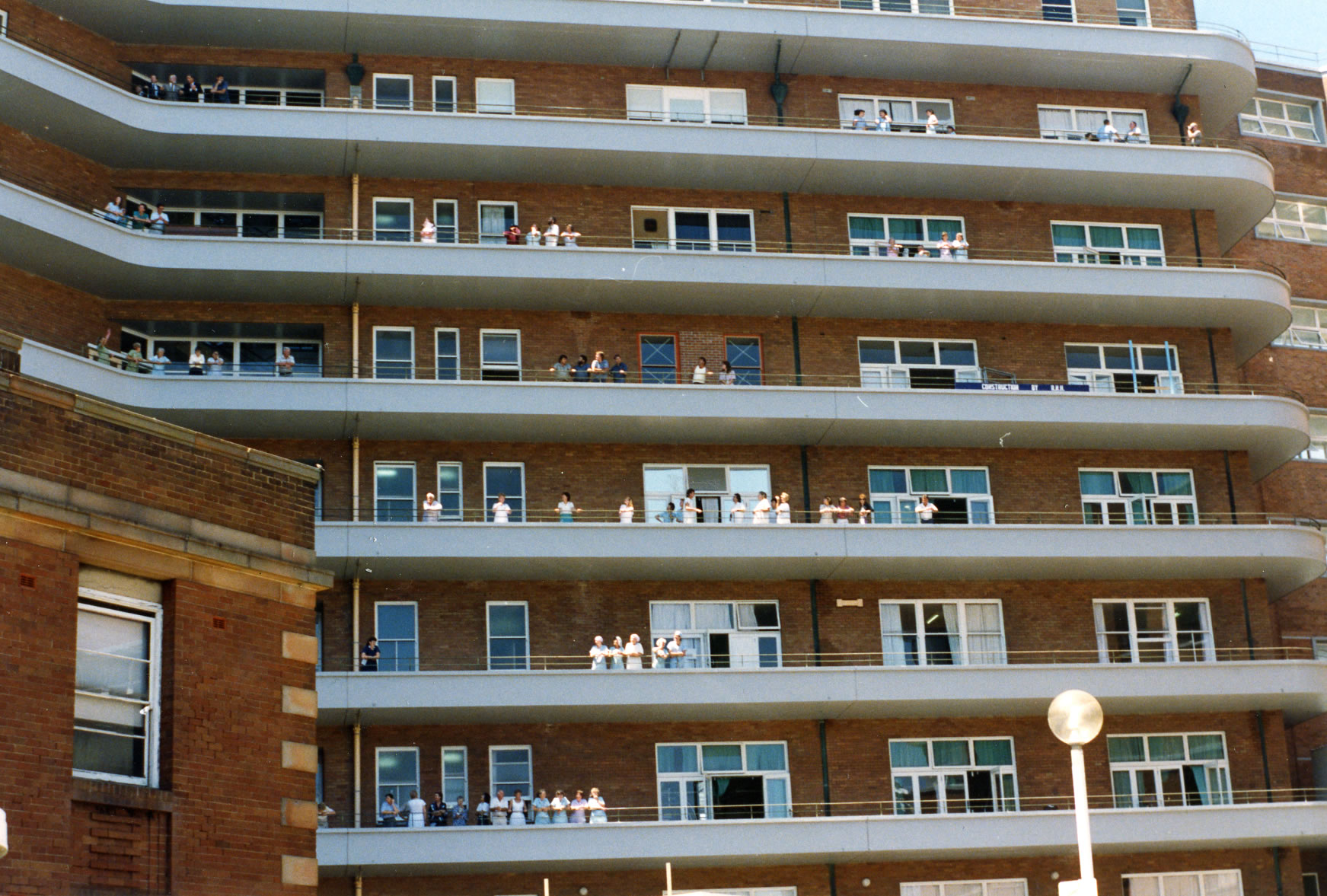 Being located by the ocean had some definite benefits. It was widely believed that patients recovered quicker due to the fact that the salt air killed the bugs, and the sea views and breezes lifted the spirits of the patients. The structure of the buildings was perfect as if you went to the top (7th floor), put a string line down, and you would find everything was in a perfectly straight line.

The hospital also operated open days where the staff could show the public life at the hospital. They also provided free health checks for the visitors. It quickly became one of Newcastle’s leading hospitals and leading in the healthcare field of Newcastle.

The Hospital was badly damaged in the 1989 Newcastle Earthquake which resulted in parts of it having to be demolished. What remained of the hospital carried on, occupying the site until it was permanently closed and demolished in 2007. It then merged with the John Hunter Hospital and a community clinic on Hunter Street in Newcastle’s CBD. Until its closure the Royal operated 111 acute beds, 24 transitional care beds as well as managed in-patients. In the course of its operation it was visited by royalty such as the Duke & Duchess of Gloucester & Prince Edward.

“It’s been a great building and we are sorry to see it going. We have a beautiful view of the beach and sea breezes which lift the mood and spirit of the staff, patients, and visitors”. Terry Bellamy, secretary of the Nurses’ Association at RNH

The Royal Newcastle Hospital was officially fare-welled with the launch of a fellowship which has helped keep its heritage, values, and spirit alive. The Royal Newcastle Hospital Fellowship is awarded annually on the basis of innovative and outstanding performance in health scholarship, clinical achievement and health related services. The site of the hospital was demolished and what remains has been taken over by the property developer group Mirvac and is now home to luxury apartments and dining bistros.
Although the hospital no longer stands, its memory and legacy live on in the heart of Newcastle, and its residents.
Kaye Fisher, Undergraduate, Bachelor of Arts.

5 thoughts on “The Royal Newcastle Hospital”