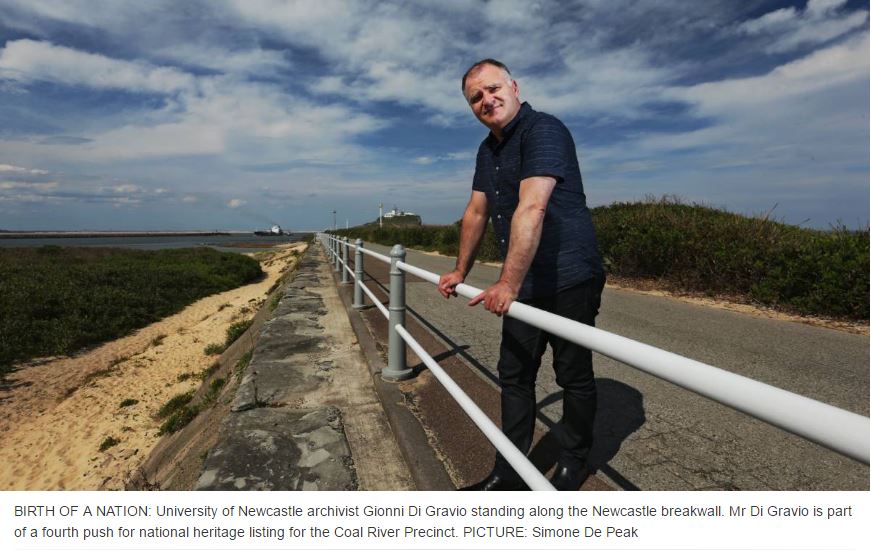 The following newspaper article Coal River’s Heritage seeks National Heritage Listing by Michael McGowan  was published in the Newcastle Herald 20 February 2017. The Coal River precinct is already on the State Heritage Register and this current revised nomination is yet another attempt to have the area nationally recognised.

We are the Cinderella city of Australia, we’ve done the hard work, but it’s the ugly sisters like Sydney, Melbourne and Canberra that get the invite to the ball. Gionni di Gravio