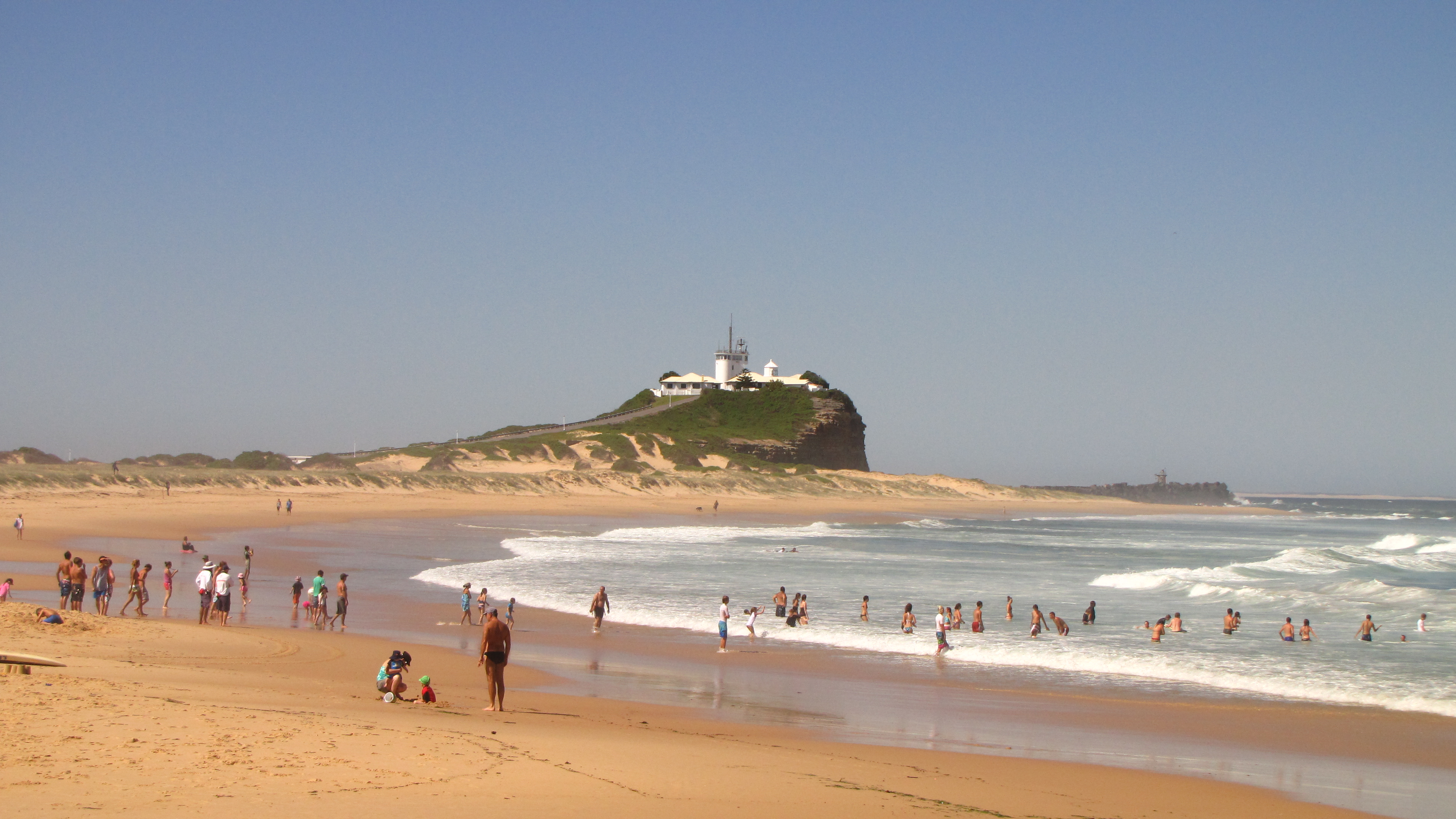 A revised ‘Coal River Precinct’ National Nomination was submitted today by the UON’s Hunter Living Histories Initiative after the Minister for the Environment and Energy called for nominations for the assessment period 2017-18. Nominations have been submitted to have ‘Coal River’ nationally recognised since 2007.  The nomination contains substantial historical evidence required to prove that the Coal River Precinct possesses the outstanding natural, Indigenous and historic heritage values for the nation, and that will qualify it for protection by federal law under the Environment Protection and Biodiversity Conservation Act 1999.   We greatly appreciate the opportunity to have our city’s historic precinct formally recognised nationally.

DOWNLOAD HERE a copy of the revised 2017 National Nomination. 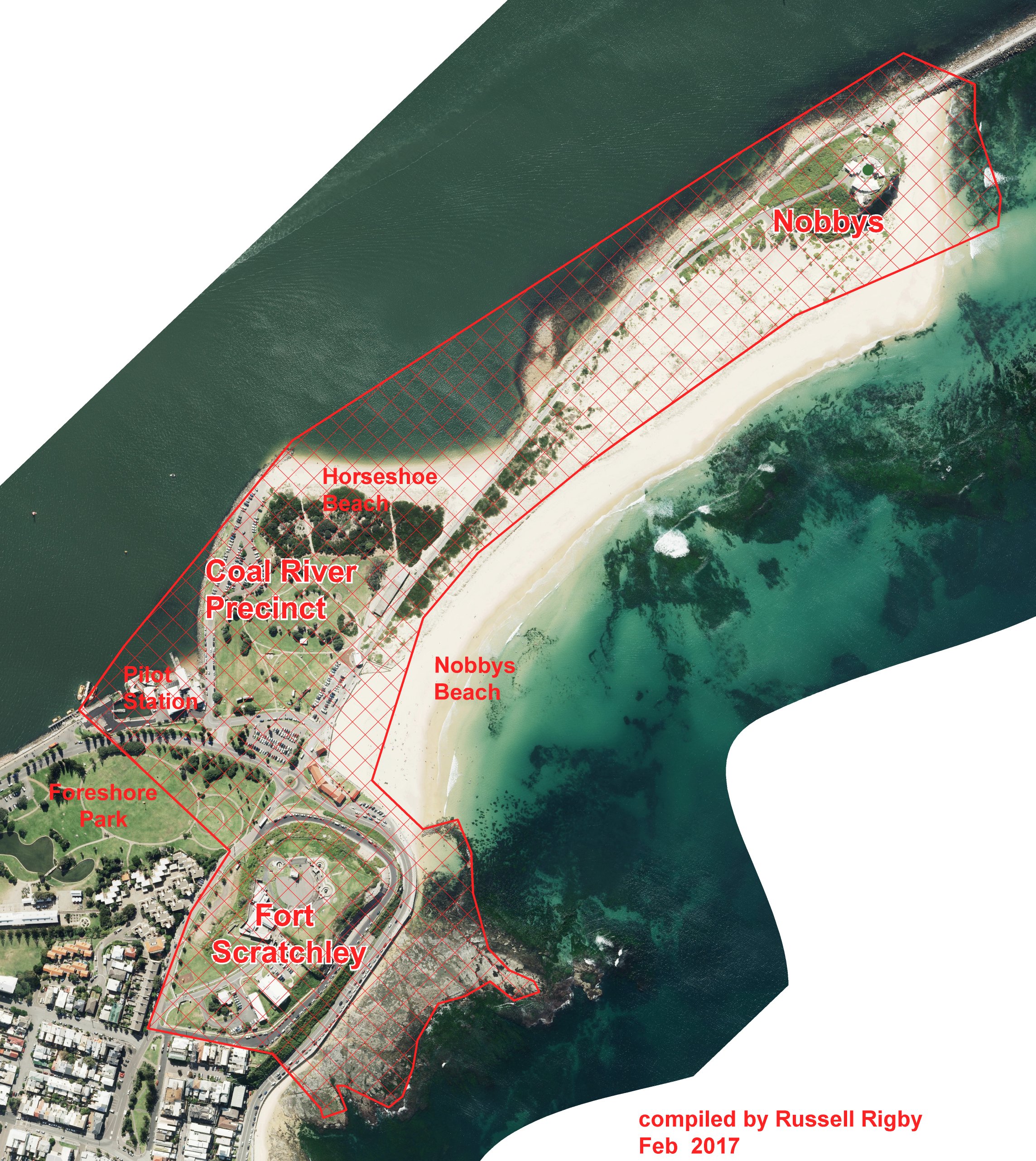 Coal River Precinct has outstanding significance to the Nation because of the Natural, Indigenous and historic heritage values that it holds, it is a place of ‘living history”. The first and most important industrial centre in Australia and has outstanding heritage value because of the characteristics it shows, not known to exist elsewhere. The precinct has strong association with mining, maritime and military themes. The elements of this single environment represent modes of early construction, engineering and surveying techniques that were used in conjunction with an understanding of the natural earth formations, geology, ocean and river systems. The precinct includes the site of Australia’s first coal mine, Macquarie Pier a most remarkable feat of convict construction, the site of the first navigational aids for coastal shipping and Hunter River traffic, and the site of a series of fortifications designed to protect the growing settlement and its precious coal reserves. The precinct demonstrates characteristics of a place of convict labour and punishment in a location where extensive labour was needed to build the Macquarie Pier.

Australia’s First Economy
Coal River Precinct has outstanding significance to the Nation for its role in the development of Australia’s first industry and economy (coal mining), a role that has been continuous creating wealth for the Nation spanning three centuries. Heritage significance of the precinct lies in evidence of a process of adaption and transformation over time. The landscape tells these stories in a dramatic fashion; through its changing landforms shaped by the demands of industry, through its archaeological remains intact and in situ, and through the continued and inescapable presence of a bustling working harbour. The shaping of the landscape through settlement, development and infrastructure; using natural resources, coal, the development of industry and communications, all of which continue to be represented there and important to Australia economically.

The Coal River Precinct exhibits historic qualities, it has coal mines that operated in 1801, it was the centre from where the Nation’s first profit was made, and there are physical reminders in the historic landscape that forged a future for coal mining operations that would later spread throughout the Hunter Region. Macquarie Pier has exceptional historic qualities, constructed using convict labour to ensure a safe harbour. The pier and operational Nobbys Lighthouse continue to be used to ensure safety of the Port of Newcastle.

Living & Dynamic Heritage
The precinct continues to sustain industry and export and in 2017 is the largest coal port in the world. These resources are largely due to the legacy of skills and labour of transported convicts, committed for secondary punishment. The area is a “functional precinct, a living zone, a scene of business and recreation and dwelling, providing a remarkable fusion of heritage and the everyday….illustrates the vibrant interactions between natural and cultural forces communicating a sense of origin while tracing a long and complex history of economic and industrial transformation.” (Roberts & Eklund 2012) These ‘living’ qualities make the heritage values at this precinct unique because of the longevity and continuous use of the place, it is not a redundant relic, nor is it fully intact, but is an active and dynamic landscape because of its coastal environment. These qualities make the precinct distinctively unique.

The precinct has outstanding heritage value to the nation because of the special association with environmental activism. Australia’s first environmental action took place in 1853-1854 on behalf of a community to protect a natural landform (Nobbys Headland). Environmentalists, climate protestors and anti-coal campaigners continue to use the site and have a special association as it symbolises ‘coal’ and history of procurement of this resource.

It also has significance as a place where technical achievement occurred, with the transfer of knowledge of the first coal mining in the Southern Hemisphere and marks the use of the transfer of the ‘bord and pillar’ coal mining techniques from across the world to Australia. Coal operations at this place were solely Government owned and managed, representing the commitment of the colonial government.

Indigenous Values
The Coal River Precinct demonstrates outstanding cultural significance because the early Aboriginal and European association with Whibayganba or Nobbys Headland, a cultural and spiritual Aboriginal place that tells the Dreaming story of the giant kangaroo.

Cultural Values
It is also a place of significant cultural achievements in early Australia, many artistic objects and works were created by colonial artists in Newcastle of Nobbys Headland and surrounds, by notable artists such as Joseph Lycett, James Wallis and Thomas Skottowe.

CRITERIA A – Coal River Precinct has outstanding heritage value to the nation because of the place’s importance in the course, or pattern, of Australia’s natural or cultural history

Coal River Precinct is of outstanding heritage value to the Nation because of the characteristic of Australia natural and cultural environment that is not known to exist elsewhere. The elements of this single environment represents modes of construction, engineering and surveying techniques that were used in conjunction with a sound understanding and respect of the natural earth formations, ocean and river systems.

Coal has shaped the nation and provided the energy required at the start of the Industrial revolution in Australia. The European settlement at Newcastle and the industrial revolution happened roughly at the same, technical and scientific knowledge were put into practice at Newcastle in 1801 and 1804, convicts and officials applied practices bought with them across the globe to establish industry.

CRITERIA B – The place has outstanding heritage value to the nation because of the place’s possession of uncommon, rare or endangered aspects of Australia’s natural or cultural history.

The Coal River Precinct is unique because it represents an early major public works project in Australia, (Macquarie Pier -Nobbys Breakwater) that not only provided a safe entrance into the Hunter River, but contributed to the Colony’s growing coal export trade. The convict breakwater is testament to the skill and technology used in the Colonial period, that has become the foundation of Nobbys Beach, now a popular surfing beach.

The Coal River Precinct is a remarkable example of the transition of Australia’s first industry, the coal mining industry (its inception at the foot of Nobbys Island and the Flagstaff Hill) to a modern city that continues to contribute to the Australian economy.
The Coal River Precinct is nationally rare because it possesses an early Australia public work (Macquarie Pier) constructed primarily using convict labour that remains in use for the purpose in which it was established.

CRITERIA C – The Coal River Precinct has outstanding heritage value to the nation because of the place’s potential to yield information that will contribute to an understanding of Australia’s natural or cultural history.

The early convict coal mines have immense cultural value and potential to significantly enrich knowledge of colonial and convict life in Australia through archaeological research. The place has significant potential to reveal, through archaeological field work knowledge of Australia’s early industrial and mining heritage, including the convict workings (coal adits) and tunnelling of Nobbys Headland (pre 1850s).

CRITERIA E – The Coal River Precinct has outstanding heritage value to the nation because of the place’s importance in exhibiting particular aesthetic characteristics valued by a community or cultural group.

Aesthetically the Coal River Precinct is a rare example of the transformation of the natural landscape that has been shaped by convict labour and early European occupation and intervention. The precinct, especially Nobbys Headland is an outstanding landmark.

CRITERIA F – The place has outstanding heritage value to the nation because of the place’s importance in demonstrating a high degree of creative or technical achievement at a particular period.

CRITERIA G – The place has outstanding heritage value to the nation because of the place’s strong or special association with a particular community or cultural group for social, cultural or spiritual reasons.

CRITERIA H – The place has outstanding heritage value to the nation because of the place’s special association with the life or works of a person, or group of persons, or importance in Australia’s natural or cultural history.

CRITERIA I – The place has outstanding heritage value to the nation because of the place’s importance as part of Indigenous tradition.