The complete plan of the first survey of the Hunter Region was presented on the 1st February 2008 by Her Excellency Professor Marie Bashir AC CVO Governor of New South Wales to the Wollotuka School of Aboriginal Studies, Stockton Historical Society, the Lord Mayor of Newcastle and Vice Chancellor of the University of Newcastle. A further copy was presented to Her Excellency on behalf of the University of Newcastle by Acting Vice-Chancellor Professor Kevin McConkey. See the blog page here.

The first complete survey of Newcastle and the Hunter Region was prepared by Ensign Francis Louis Barrallier (1773-1853) and entitled ‘Coal Harbour and Rivers, On the Coast of New South Wales, surveyed by Ensign Barrallier, In His Majesty’s Armed Surveying Vessel, “Lady Nelson”, Lieut. James Grant, Commander, in June and July, 1801. By Order of Governor King’.

It was successfully rediscovered in its complete form in 2006 by the University of Newcastle’s Coal River Working Party.

Five framed copies were made with the support of the Hartley Bequest Program.Her Excellency Professor Marie Bashir AC CVO Governor of New South Wales is scheduled to present copies of the rediscovered complete Barrallier Survey plan (1801) to community representatives at the Newcastle Town Hall. 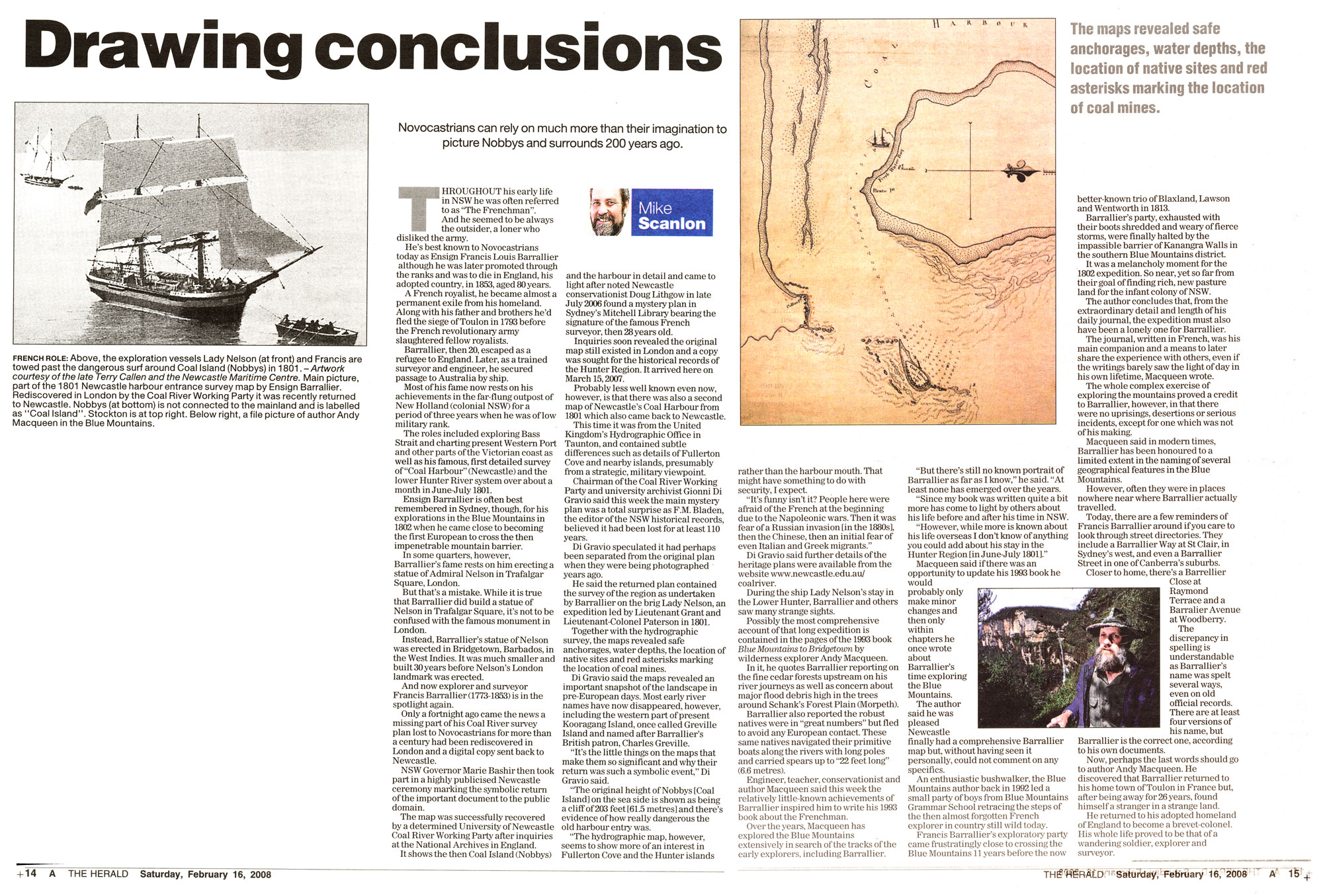 One thought on “Barrallier Handover and Launch of Regional History Fund”