We thank the staff and volunteers of the Auchmuty Library Special Collections GLAMx Lab who digitised the extensive NBN footage of the Queen’s 1970 visit to the State Dockyard and news broadcasts of the 1988 visit; and to the volunteers of the Newcastle & Hunter District Historical Society who safeguarded the Newcastle Morning Herald and related newspapers, special editions of the Queen’s visits, which we have digitised a selection for you to view below.

Her Majesty The Queen’s 1954 Royal Visit 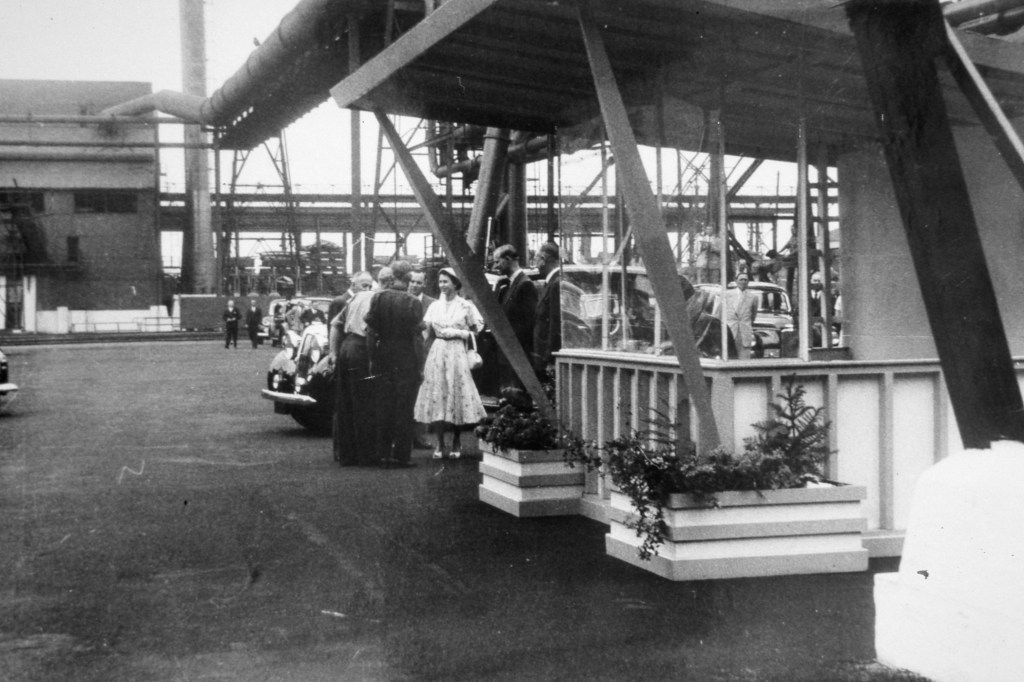 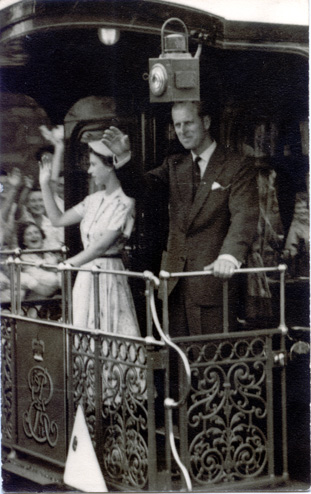 The Queen and the Duke of Edinburgh on their visit to Newcastle in February 1954. The tour included a river cruise and stop over at the seaside suburb of Stockton, NSW. 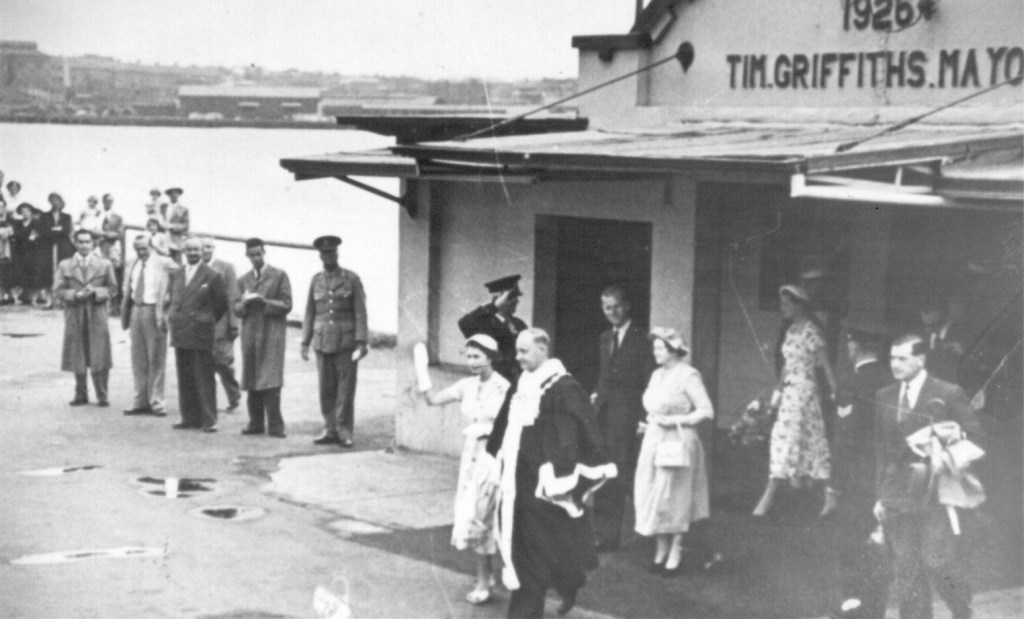 Her Majesty The Queen’s 1970 Royal Visit

This footage was created by NBN Television during the Royal party’s visit to Newcastle in 1970. Queen Elizabeth II, Prince Phillip, and Princess Anne came to Newcastle’s dockyard, where the Queen named a ship the ‘Darwin Trader’. They also attended a large ceremony at the International Sports Center where the Queen opened the center for the first time since construction began in 1967. This is now known as McDonald Jones Stadium. 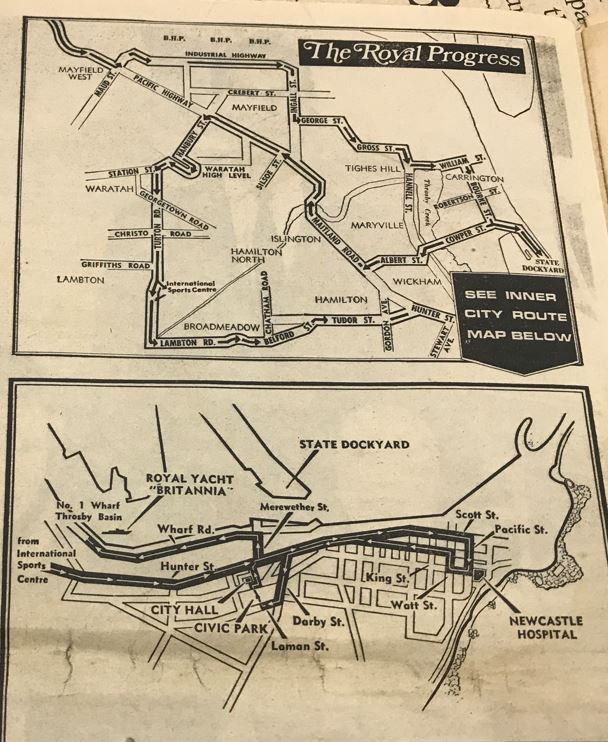 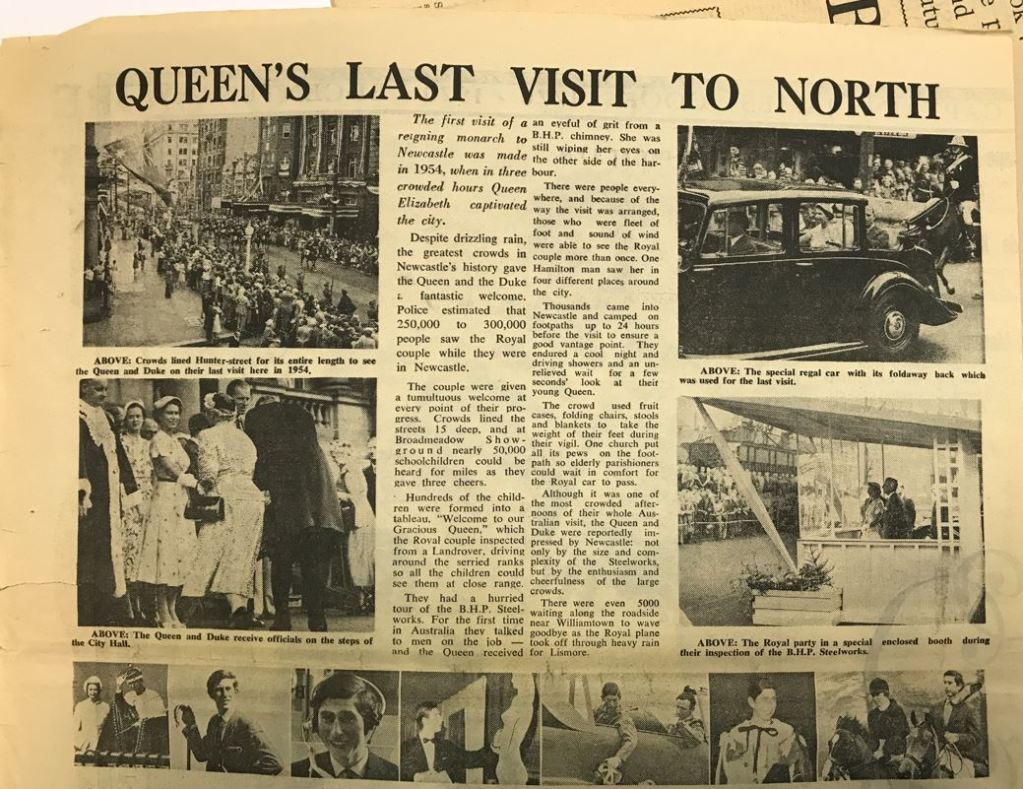 Her Majesty The Queen’s 1977 Royal Visit

Her Majesty The Queen’s 1988 Royal Visit 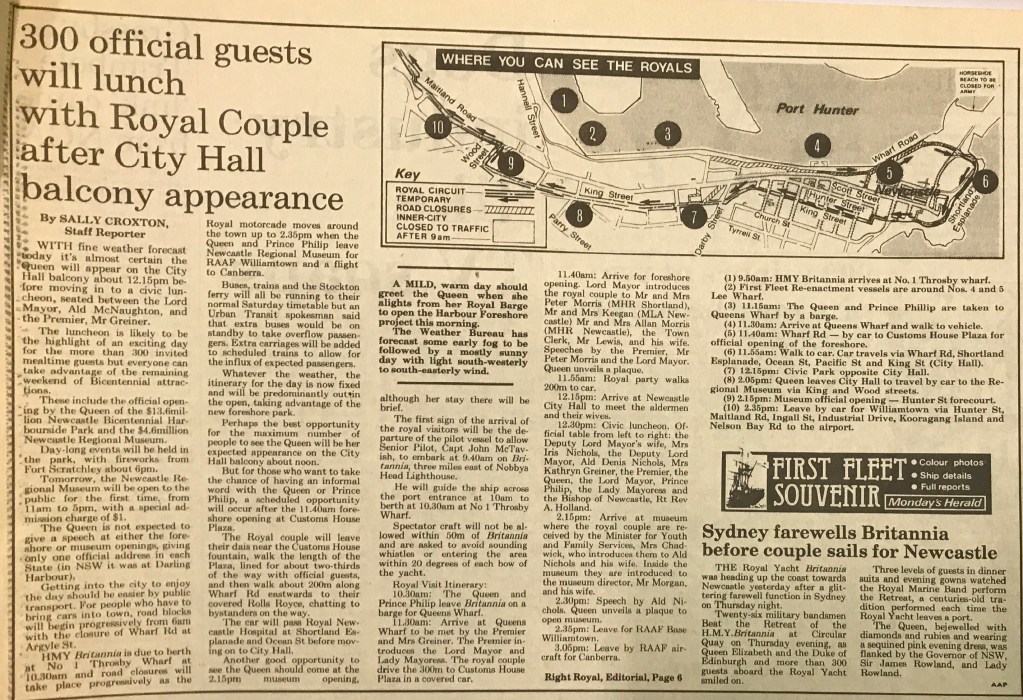