It is with great sadness that we convey to you, the news that Russell Rigby, our Coal River Working Party/Hunter Living Histories friend and colleague, passed away this morning, 28 September 2019, at 1:30am.

He leaves a gap in our lives that cannot be filled, and in the words of HLH colleague Mr. Robert Watson, “we miss him already”.

He was our longest serving volunteer having dedicated his time and effort for over 16 years as a consulting geologist and mining historian since the Coal River Working Party was originally formed in 2003.

As one of our core researchers, his work with the assistance of Associate Prof Robin Offler, was crucial in the rediscovery of Newcastle’s convict coal mines in 2005.

It was at this time, that he came out of the shadows when an obscure mining term, flukin, caught his eye on the 1804 plan of the convict coal mine at Newcastle. What struck me was his devout attention to detail, having us look into multivolume Oxford dictionaries in the Library to finally understand it as “a vein of clayey material”.

He also helped rediscover the original layout and starting point of Macquarie Pier, the ‘Newcastle Breakwater’ which was established in 1818.  This was formally recognised in 2010 with the placing of a bronze marker by Her Excellency Professor Marie Bashir AC CVO.

His timescape work with historical overlays formed the foundation for Charles Martin’s 3D Virtual Newcastle Time Machine Project to recreate early Newcastle from Aboriginal pre-colonial times to the early colonial period. The video we produced in 2017 (Newcastle in 1825) has had over 17,000 views and is a beautiful testament to his work behind the scenes.

He guided and mentored our University’s students with the scientific and technical rigor that us romantic history types mostly lack, and really need; even providing some of them with his direct number to his hospital bed when he was undergoing his treatments. Russell was the quality control guy. He was always generous with his knowledge and assistance, and his work has helped them to learn Newcastle and the Hunter Region to learn more about its origins and history.

Many depended on him, and he always came through, right up until the end.

From time to time, he would deliver presentations on his work.

My favourite presentation he ever gave was on the workings of the Port of Newcastle.

Through his words he brought to life how it was created and how it worked, and in so doing de-froze all those black and white and sepia still photographs of the 19th century that capture our gaze.

The Carrington Pump House came to life as the lungs of this mechanical “organism”; a living breathing machine created by engineers, a reflection of the precise internal mechanism of a watch, part of the instrumentalities to get coal in and out of the Newcastle Port.

In recent times he would introduce himself at meetings as a retired geologist, mining historian and some kind of historical “gadfly”, the latter meaning someone who spiked, bit, and generally annoyed others into action.

But he was nothing of the sort; he was a quietly spoken, highly intelligent man who used his knowledge and expertise to help others in the University and community in whatever they were trying to do.

In 2015 Russell received a volunteer award bestowed by Federal Member for Newcastle Sharon Claydon MP. But to our surprise and everyone else’s, didn’t show up at the official ceremony, as he “hadn’t received the memo” or “may have sent it to the trash bin”. And we, being circumspect, hadn’t wanted to spill the beans.

So, at our 3rd August 2015 meeting of the Coal River Working Party Russell was presented with his Newcastle Community Volunteer Award for his tremendous contribution to the Newcastle Community, and historical research over many years in front of his colleagues who warmly and thanked and congratulated him on this wonderful achievement, and his enduring commitment.

He will be sorely missed. It was a great honour to know him, and work with him, and share his knowledge with the local community and the world through our websites, where his work will continue to live on in perpetuity.

We convey our deep condolences to his wife Carolyn, his immediate family and friends, and wish them all to know that we share a small part of their grief during this sad time.

Goodbye Russell and on behalf of the Hunter Living Histories community we thank you for all your help and wish you all the best.

On the 3rd August 2015, Russell Rigby was presented with a Newcastle Community Volunteer Award for his tremendous contribution to the Newcastle Community, and historical research over many years. Members of the CRWP warmly and thanked and congratulated Russell on this wonderful achievement, and commitment to the CRWP. The Award was bestowed by Federal Member for Newcastle Sharon Claydon MP. 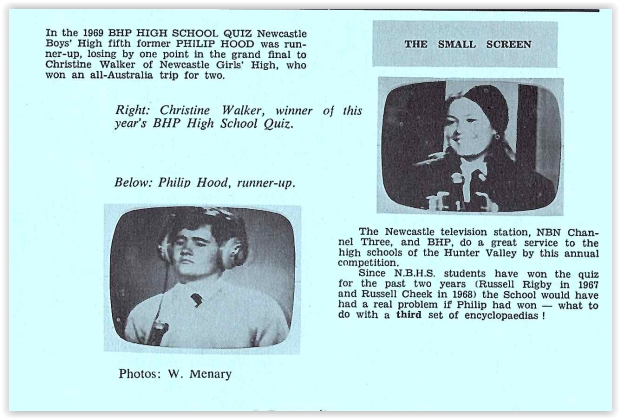 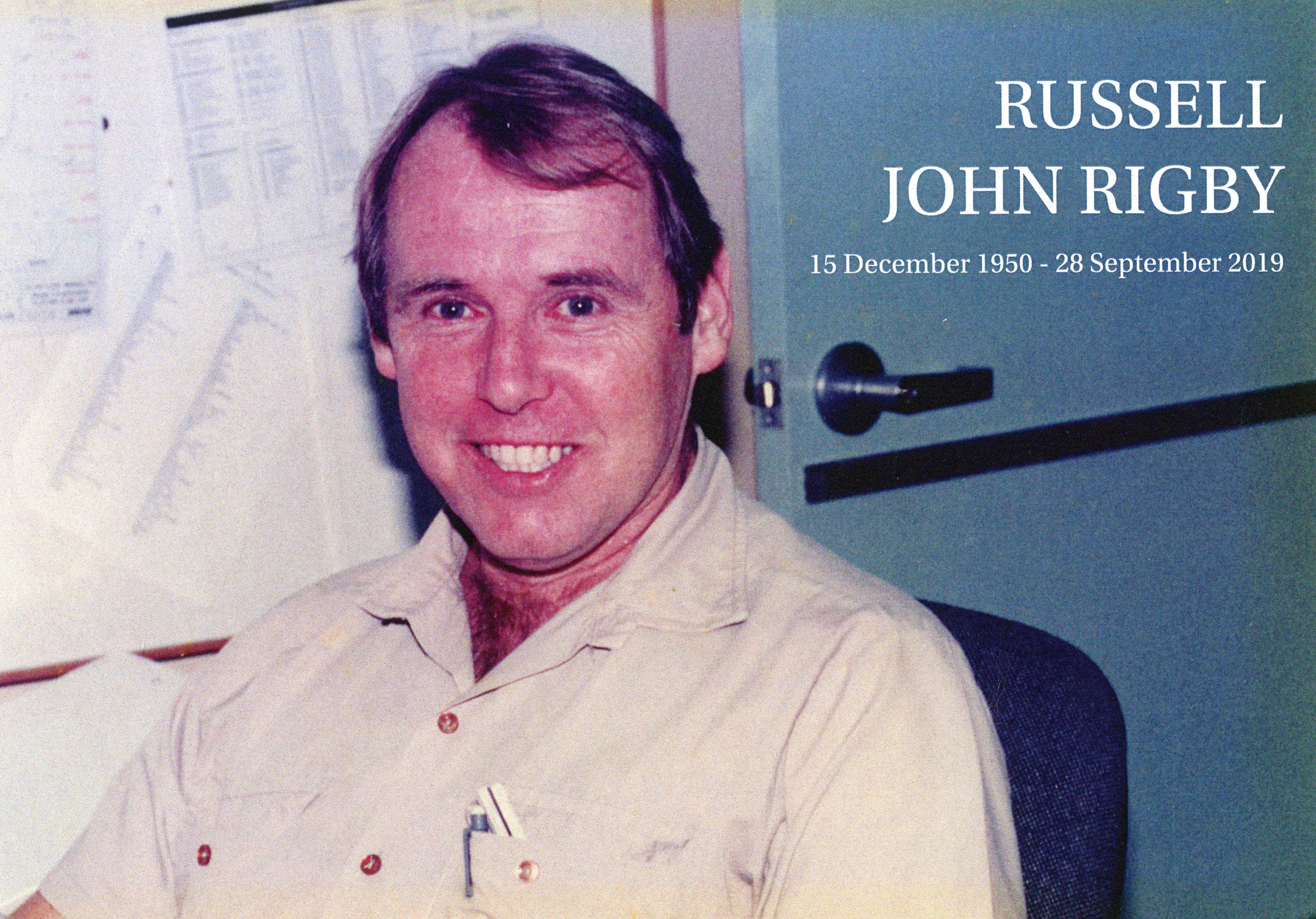 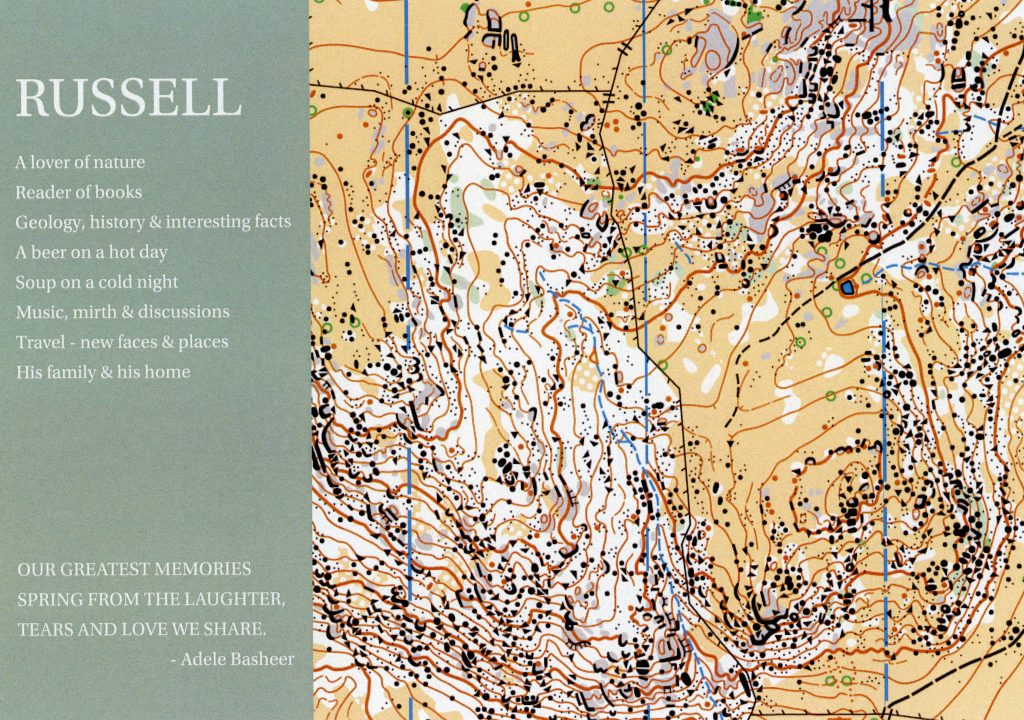 One thought on “Goodbye to our friend and colleague Russell Rigby”