In September our first UON Communication student Tom Sinclair undertook a WIL (work integrated learning) practicum in the GLAMx Living Histories Digitisation Lab. He worked on the NBN Television archive with mentors Phillip Lloyd and Barry Nancarrow (former NBN Television staff) digitising various forms of material from 1988, including BVU tapes, Index cards and listing items as they are appeared in the ‘Newsnight’ series footage. In total 28 taped stories from “Newsnight” current affairs and cued sheets were digitised and scanned.

Here is a sample of some of the 1988 sources that have been digitised.

08:06 – 12:22 Monorail – Novorail “Knockers In The City.” Plan to build monorail for Newcastle called the “Novorail” by ripping up exisiting rail corridor, identified as dividing the city, and a hindrance to rejuvenation. Interviews with Lord Mayor John McNaughton, Rail Union Organiser, Ray Conway, State Member for Newcastle, George Keegan identifying the “knockers in the city”. Screen Date: 23/5/1988 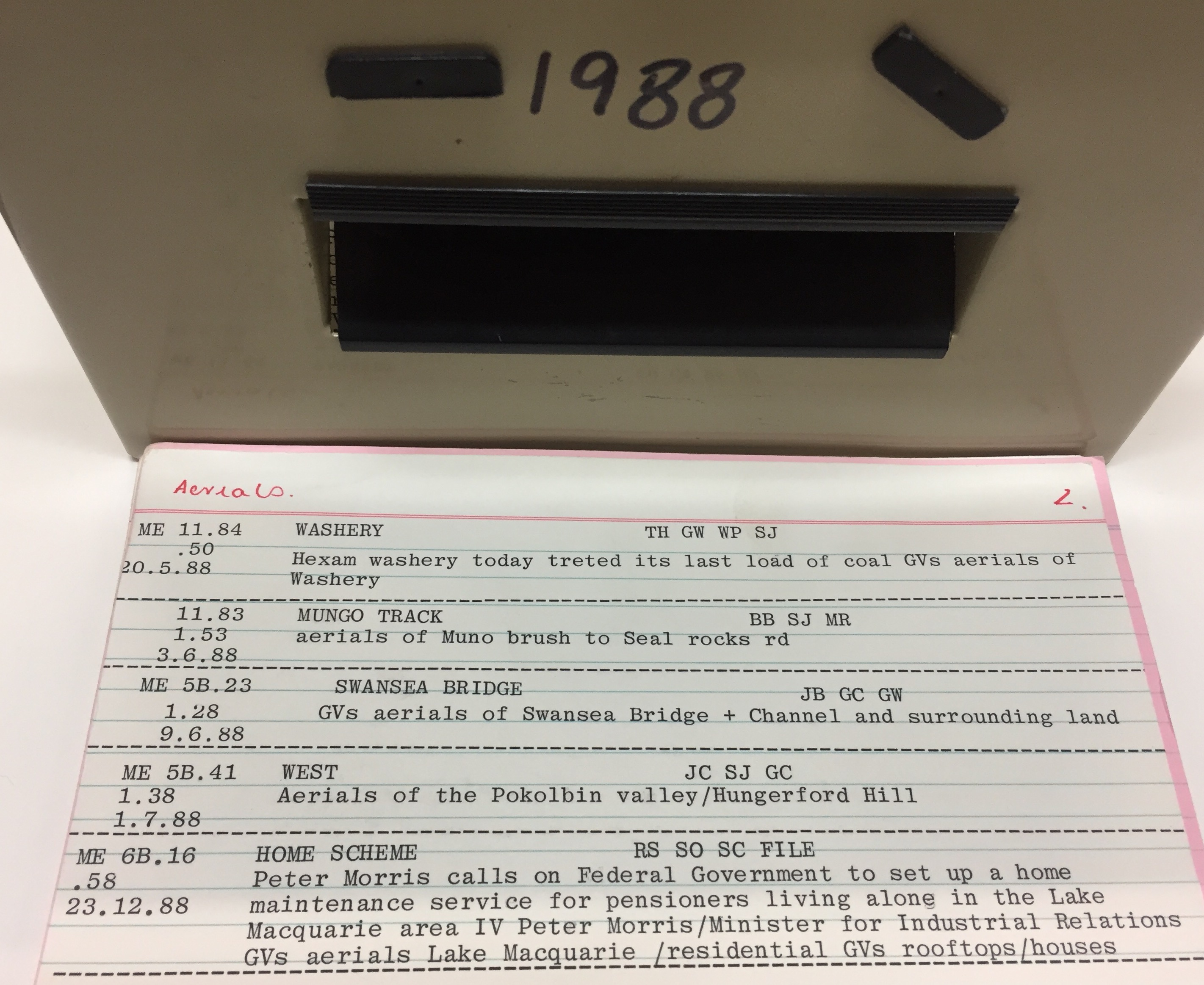 The experience of working with mentors from the television industry meant knowledge could be shared about early media formats and processes, and of the general cultural of the media industry during the late 20th Century. It was a good opportunity to better understand past technical and production skills. 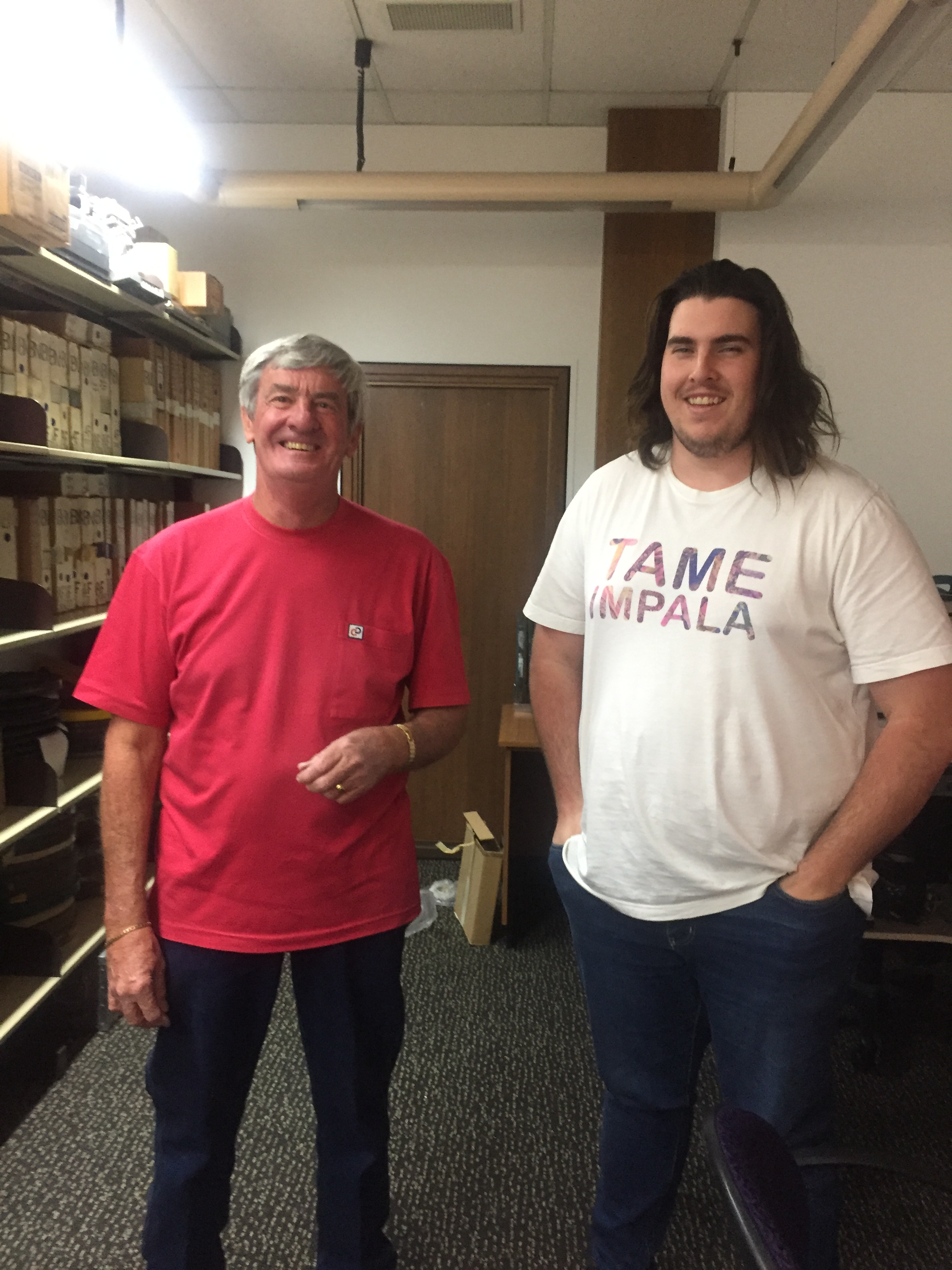 Tom Sinclair has great talent.. he captured the mood of the lecture perfectly .. an excellent job filming without extra lighting…

We thank Tom for his contribution to GLAMx Living Histories Digitisation Lab and his work on the NBN Television Archive.