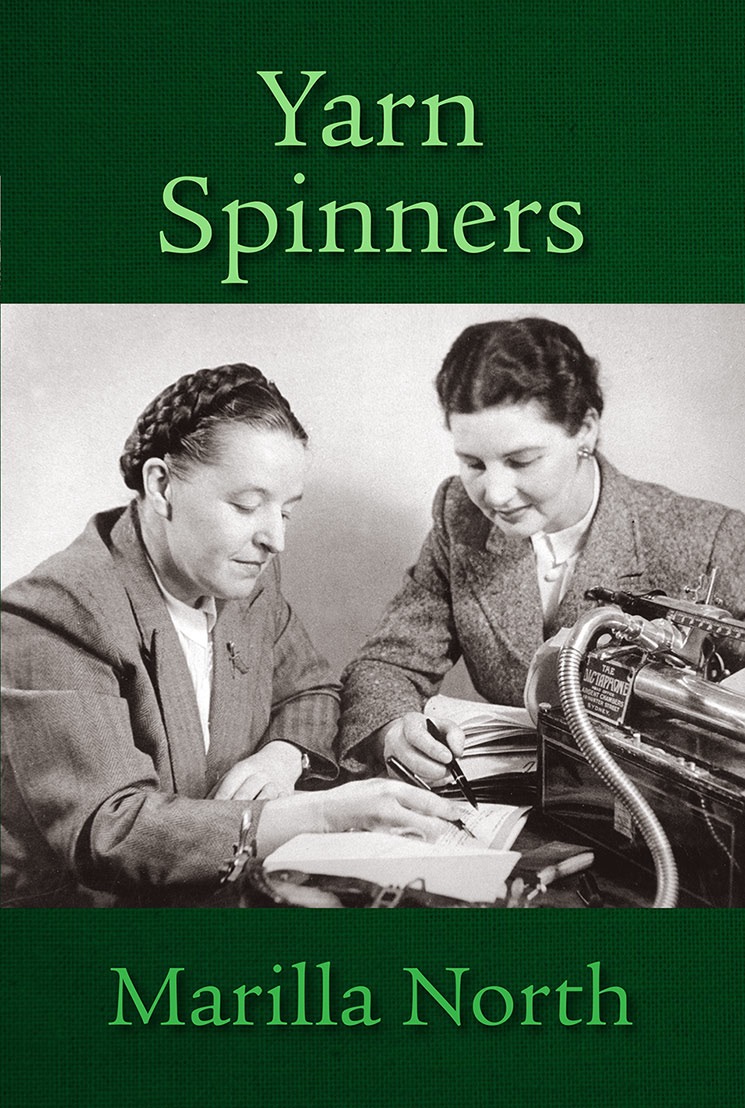 Her involvement in Hunter Regional History explains  the prominent role of Dr Ann Hardy and Vera Deacon’s in the forthcoming launch event for YARN SPINNERS this coming Friday morning at Newcastle City Hall.

International best-selling author, Dymphna Cusack, taught at Newcastle Girls High School in 1942 and was involved since the late 1930s in the political and cultural life of the Coalfields and the City.

DYMPHNA CUSACK is the key subject of Marilla’s biographical trilogy, “Come in Dymphna”,  and she would especially love the Humanities & Social Science Faculty and students, in particular, to gain a better understanding and awareness of the debt we all owe today to Dymphna and her cohort of women friends.  They collaborated across continents in their feisty efforts to win a place for women in Australian Literature and the agency to influence many areas of social justice.

Dymphna Cusack, Miles Franklin and Florence James come alive on these pages through the dynamic of their collaborative friendships as revealed in their letters and in the novels, plays and campaigns that they generated together. Their combined political zeal in fighting the conservative forces which kept women, Aborigines and other minorities out of the decision making arena is an inspiration for all women today.

“From Newcastle to New York and London, women face the same forces today that they did for centuries, and which, some would argue, are converging, world-wide, yet again, with even fiercer authoritarianism agendas aimed at rechannelling the power out of democratic processes and into the hands of a political-arms manufacturing nexus.” – Marilla North said.

She added; “These three women fought for law reform across many diverse arenas and did not shy away from exposing the tragic consequences of war or taking on the armaments industry; educating populations world-wide on the dangers of nuclear weapons.  Florence James spent a month in gaol during the famous Aldermaston Marches of the 1950s;  Dymphna Cusack’s anti A-bomb Testing play “Pacific Paradise” was translated into many languages and played world-wide from Japan to BBC London to Uzbekistan.  Their loyal friend and mentor,  Miles Franklin, had been at the forefront in  the formation of the Women’s International League for Peace and  Freedom in The Hague in 1915, and  whose message is sustained in Newcastle today through the affiliated  Hunter Peace Group and the Hiroshima Day March on 6th August annually.”

Dymphna, Miles and Florence were pioneers fighting on many fronts and their writing was concurrent with their battles – whether for a fair royalty for colonial authors from the British dominated publishing industry  – which Dymphna Cusack finally brought over the line with her WW II novel set in Newcastle in 1942, “Southern Steel” (1953) ‒ or against unjust Government policies which persecuted the victims of poverty, homelessness, alcoholism and enforced refugee status.

Yarn Spinners was first published by UQP in 2001 and is reissued by Brandl & Schlesinger in 2016 in this beautifully produced, new and revised edition. North has updated the content within the dynamic historical perspective that has been enabled by the advances in international digital archives. This book is an invaluable contribution to our and future generations’ understanding of Australian social and literary history.

Yarn Spinners is now Volume One of Marilla North’s biographical trilogy on the life and times of Dymphna Cusack and her “congenials” under the rubric, Come in Dymphna.

Marilla North was born and educated in Newcastle, NSW. She gained Honours I in English in the Leaving Certificate at NGHS where she first read Dymphna Cusack’s WW II novel Southern Steel, the book that ignited her passionate commitment to Cusack’s life and work.

Marilla’s poetry was published regularly in the Canberra Times over the early 1970s and, later in journals such as Refractory Girl, Meanjin Quarterly and Hecate-Interdisciplinary Journal. Chair of English at ANU, Professor AD Hope, mentored Marilla in developing her poetry collection, Blue Glass and Turtles’ Eggs, published by Jacaranda Press in 1975 – International Women’s Year.

From the mid 1970s Marilla was designing and conducting national media education research studies for the ABC and the Australian Film, Television and Radio School. In 1980-1981 she was appointed the NSW State Director of the United Nations International Year of Disabled Persons (IYDP 1981). She went on to set up a Foundation for the NSW Conservatorium of Music.

Marilla completed her MA (Hons) at Wollongong University in 1991 with a dissertation on the Cusack-James’ collaboration, the best seller Come in Spinner.  Over the 1990s she lectured in literature and life writing whilst publishing freelance journalism and book reviews and conducting communications-related market research projects.

After nearly ten years spent caring for her aged mother, in 2014 Marilla was awarded the Alfred Midgley Post Graduate Fellowship from the University of Queensland enabling her to return to her biographical trilogy on the life and times of Dymphna Cusack that she had been working on since 1991. She had previously (since 1979) worked on the epic saga of the battle to publish Come in Spinner with its co-author, Florence James. In 2001 UQP published her ground-breaking hybrid narrative Yarn Spinners: A Story in Letters‒Dymphna Cusack, Miles Franklin and Florence James which won the 2001 FAW Biography Prize.

Since 2001 Marilla has taught Australian literature to American students at Boston University’s Sydney Programme. She lives with her husband in Leura, in the upper Blue Mountains, enjoying the creative community of kindred spirits.