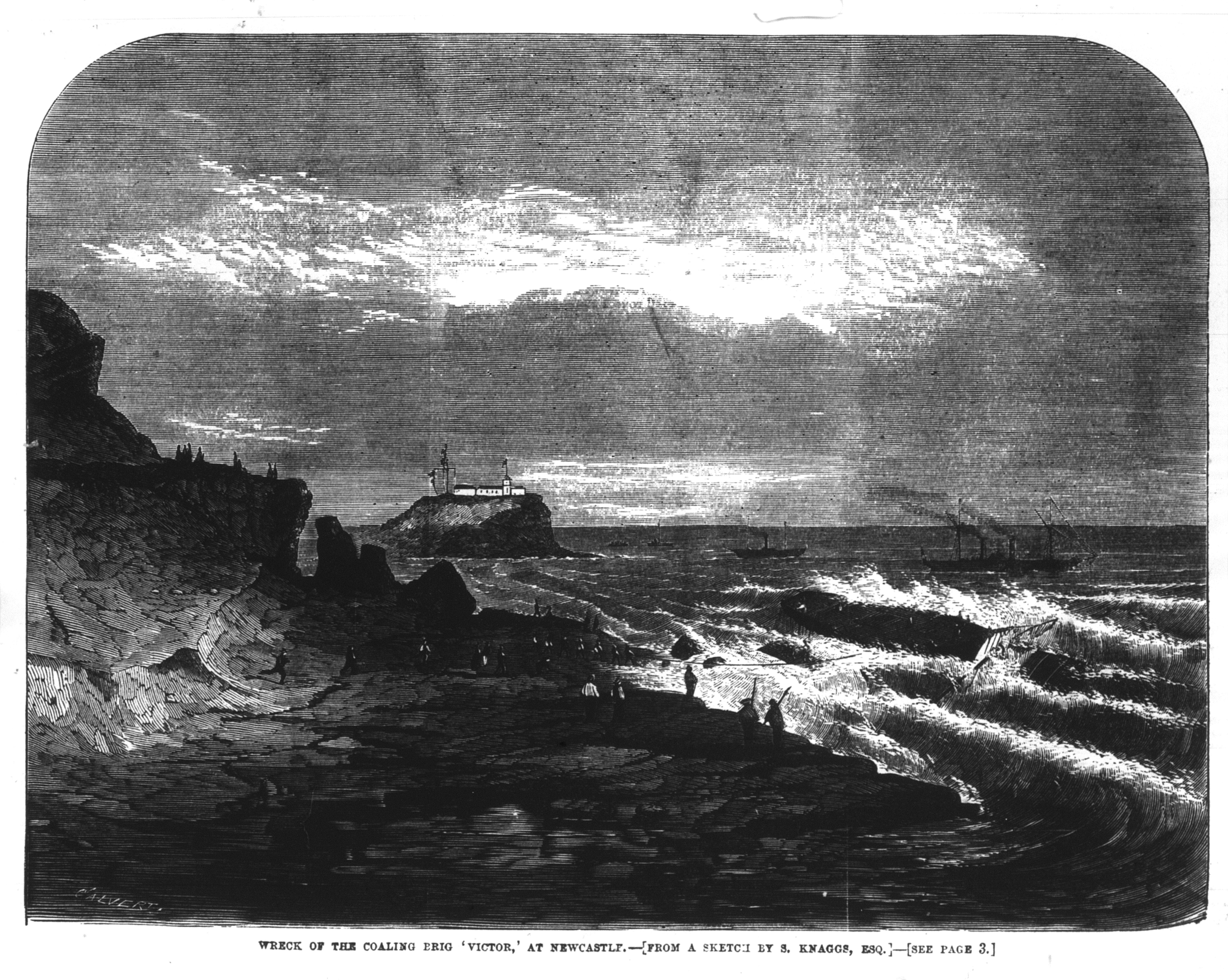 WRECK OF THE VICTOR, AT NEWCASTLE. ON the 16th ult. the brig Victor, of and for Melbourne from Newcastle, with coals, was becalmed off the latter port, and slowly drifted ashore until the captain, not liking the vessel’s position, attempted, unsuccessfully, to wear her, and immediately afterwards she bumped heavily. The steam tug Prince … END_OF_DOCUMENT_TOKEN_TO_BE_REPLACED