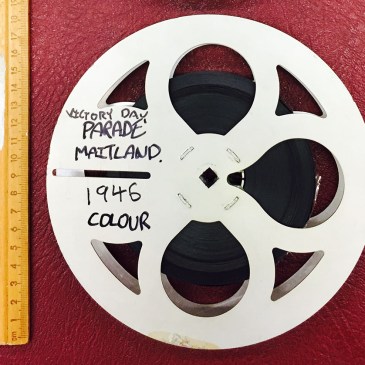 The Maitland 16mm Films c.1926-1956 This following digitised film reels are a cache of thirteen (13) 16mm film reels that were rescued from disposal by Peter Smith and donated to the University of Newcastle’s Cultural Collections (Auchmuty Library) in Australia in September 2014. All but one (labelled “Maitland Show 1930s” due to poor condition) were … END_OF_DOCUMENT_TOKEN_TO_BE_REPLACED

Special Collections invites you to the launch of C