Please note: The article below contains the original text with corrections, updates
and added information provided after the opinion piece was printed.

A sigh of relief could be felt across Newcastle with the Herald’s news (22/8) of the impending sale of the former Newcastle Post Office to developer Jerry Schwartz.

Finally a ray of hope broke through the dismal clouds of despair.  Could this mean that Newcastle’s most important heritage building had a chance once again, to shine in the Newcastle community?

For the past few years, if not decades, Newcastle historic landscape has been systematically smashed into mediocrity: a place of nursing homes and garden gnomes.

Last year, we lost what was arguably Mayfield’s oldest building, Elladale, a circa 1865 homestead, torn apart to form a garden ornament. Built for the Petherbridge Family, it had stood the test of time, but not the test of our time. Elladale’s fate was cast many years ago when the designers of the housing estate decided to redirect all drainage to the site of the historic homestead. 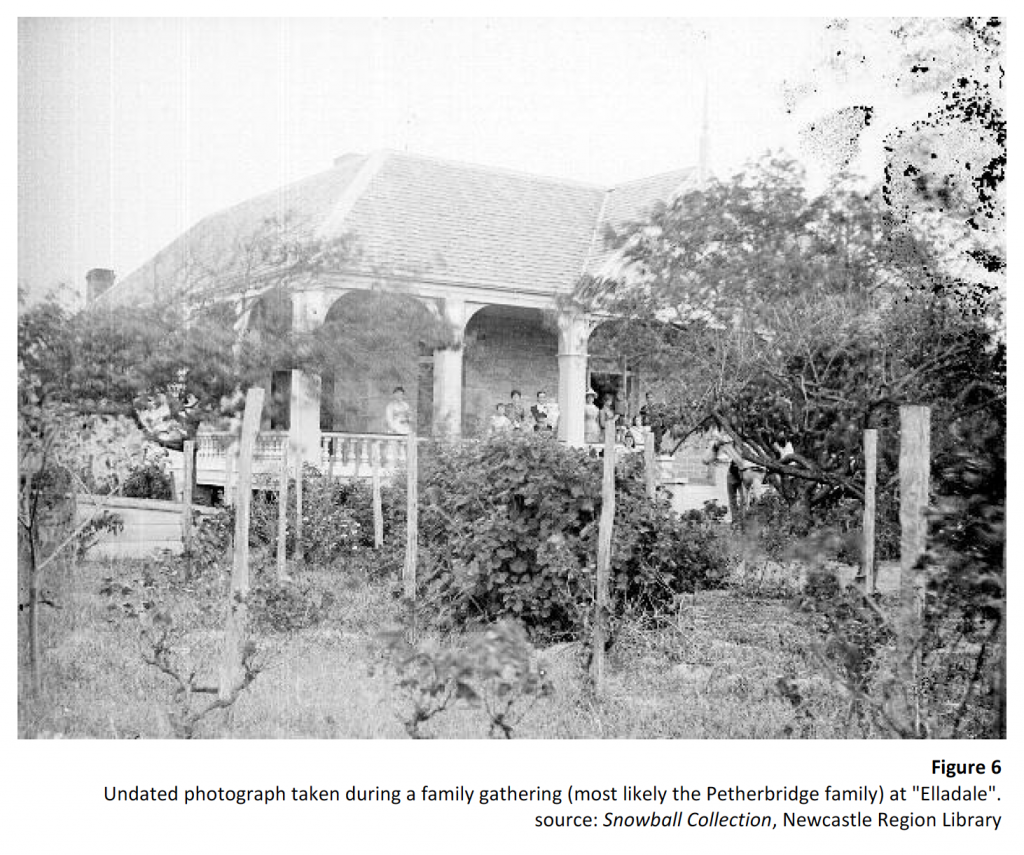 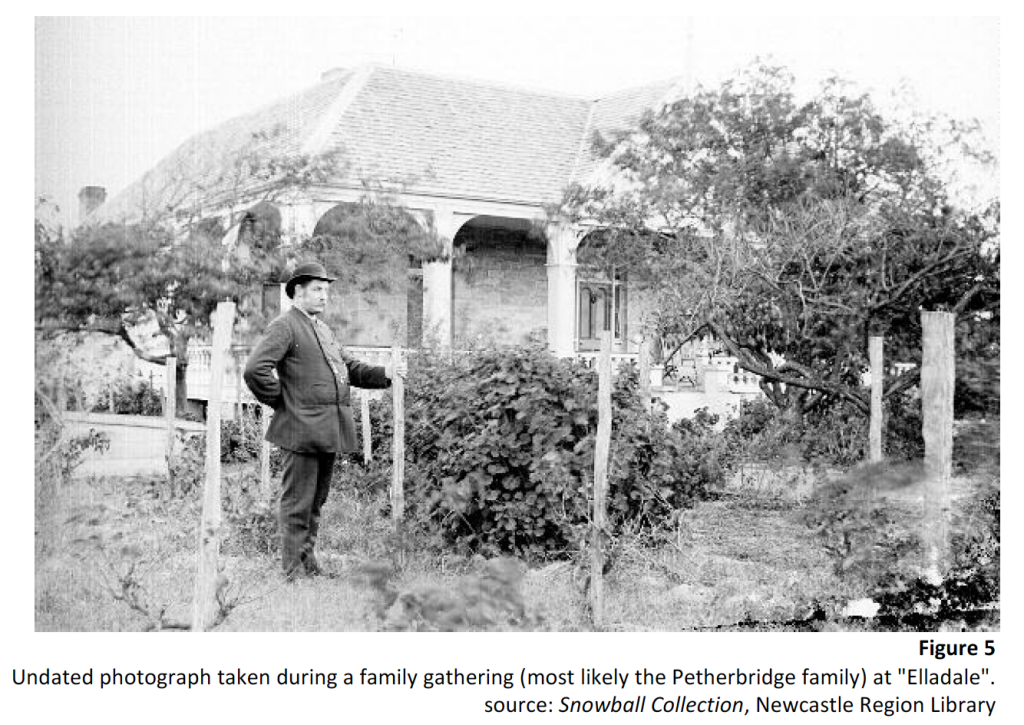 So, it was little surprise that the place was identified as being unstable and in danger of falling over. However, when they were tearing it down last year, it took some doing. They built things to last back then, and Elladale didn’t go down too easily, but down it went.

Right now, within metres of the former Elladale, the “old Ferguson House”, a two storey building on Maitland Road built for Dr William Ferguson in the early 20th century, is being torn to pieces to extend the nursing home.

The decision (to demolish) having been made over a year or so ago, the Development Application papers (DA2016-01448 and Notification Plans – 372 Maitland Road, Mayfield) made it very clear what was being proposed, not what was being lost.

And so, after begging, all we were able to save was a beautiful Italian ornamental fountain, in the shape of a Venetian fish, that was able to be rescued in pieces from the demolishers, who kindly set them aside for us.

The inspiration probably came from the Dophin and Fish motif adopted by the Aldine Press, founded by Aldus Manutius. See variants below. 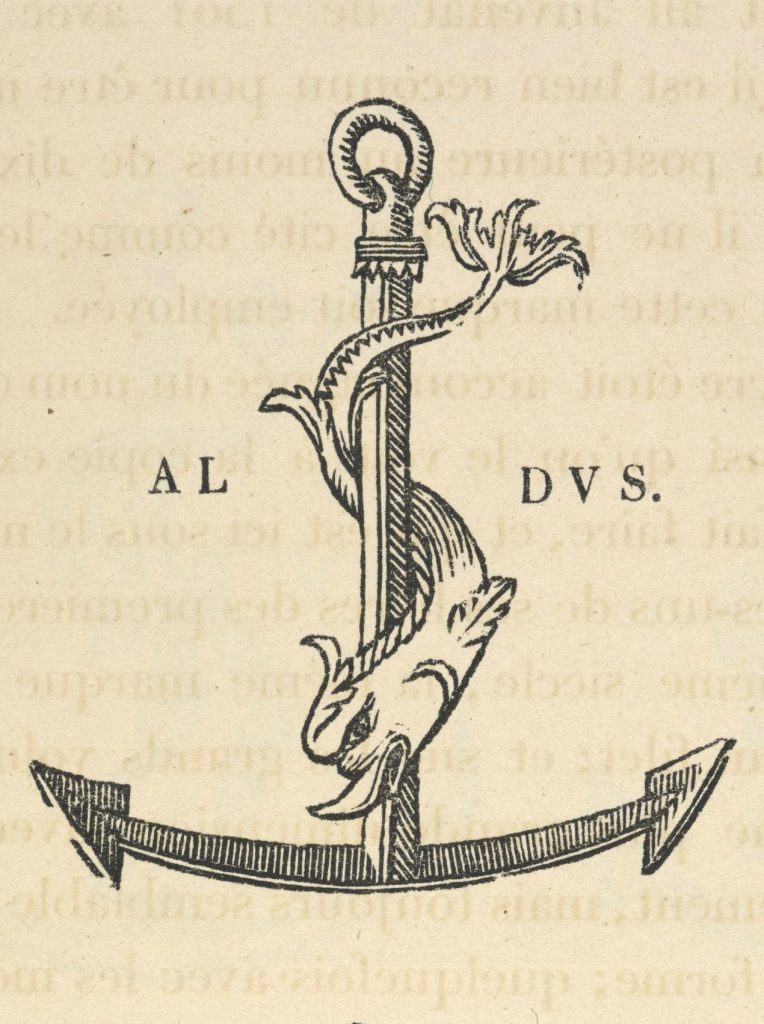 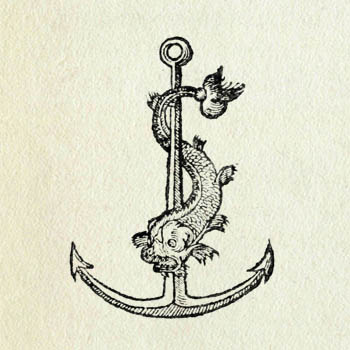 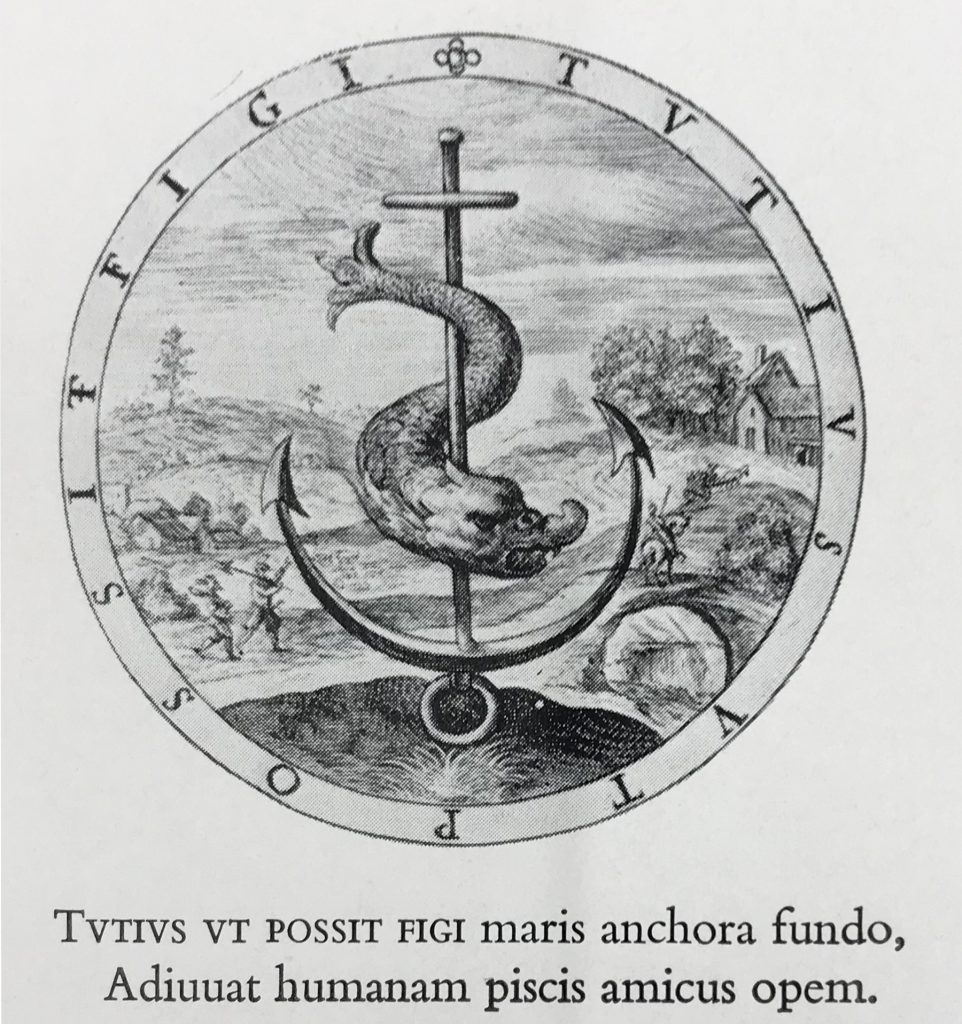 So that the anchor can be secured to the seabed more securely,
a friendly fish supports the human effort. 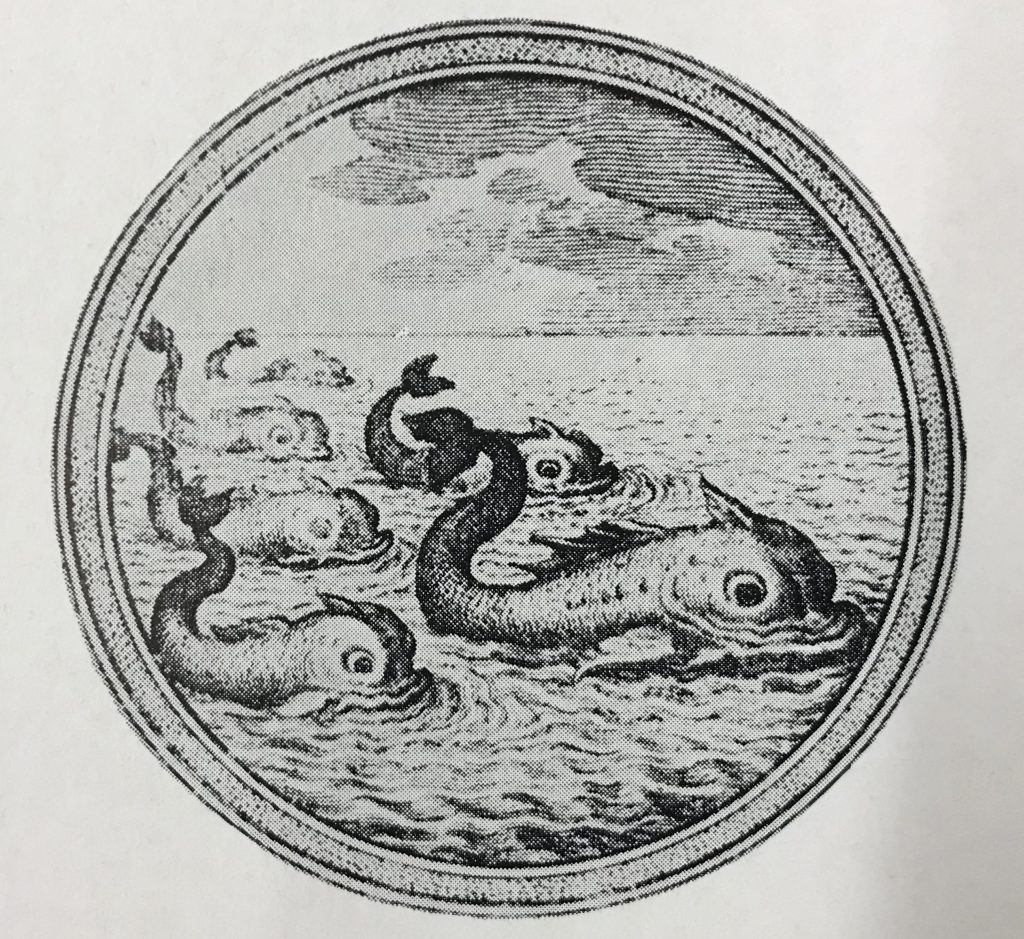 Parents, who wish for wise children,
Follow this Dolphin: For example and by fear
make their way to an unfeigned virtue,
So that their happiness makes you happy in your old age.

Of course we need more accommodation for the frail and aged, and dangerous buildings need to be made safe. But there wasn’t anything dilapidated about either of those wonderful buildings, except that they meant something to someone somewhere, and were worth the chance to mean something to someone yet to be.

That’s what heritage is all about; what you leave for your heirs. Unfortunately, they didn’t appear important enough to factor in somebody’s future plans.

It was the Newcastle University philosopher Glenn Albrecht that coined the term, solastalgia, to denote the feeling of homelessness when one is still at home, to give voice to the feeling of loss and despair that people feel when something special to them in their local environment is lost.

The Fred Hardie photographs of Newcastle in 1893 of the Borough Markets in Hunter Street, show the majestic spires that once adorned that building. What became of them? The site is now home to a glass box.

It’s not only historic buildings we care little for, we didn’t mind building a fast food restaurant over the 6,700 Aboriginal tool making site in 2009. So we appear to have a problem with history in general, choosing mediocrity instead.  Our majestic days over. Or are they?

We do spend money on some buildings. For example, the Newcastle Town Hall, the vision of Newcastle Mayor Morris Light, had millions recently spent on its restoration, but unfortunately we now learn that Council is vacating it for rented digs in Newcastle’s west. Why now?

We need a mix of the old and new in the architectural landscape of Newcastle and its suburbs. Looking after and caring for heritage speaks volumes that we are an intelligent sophisticated and caring community of people that understand the great achievements of our ancestors, and are thoughtful enough to look after the tangible evidence for our generations to come to learn and be inspired.

Is it important for our people to experience what it feels like to be in a building that was built for them, as human beings, with the human form and proportion at its heart, rather than economic costings, air conditioning, computer cabling, and utilities as the prime concern?

Is it important that a major public building makes you feel wonderful to be inside it? Makes your heart and soul soar?

My fear is that our obsession with caring more about money will bestow upon future generations a landscape of mediocre buildings that are safe, gutless and useful.

So, let’s hope that the restoration of Newcastle’s former Post Office will herald better days and give Newcastle’s heritage buildings a better chance of survival in future.