How many inventors lie draped on a hill between Alexander the miner and the Ocean, crossed by a river, a governor and a holy place?

This was the last clue for a Locked Room version of Treasure Hunter last Saturday on ABC1233, with just 10 minutes to answer or the unsuccessful contestants would be locked in the studio for the rest of the weekend (that’s the story anyway).

So here is the detailed answer, based on a presentation to a Hunter Living Histories meeting in August. 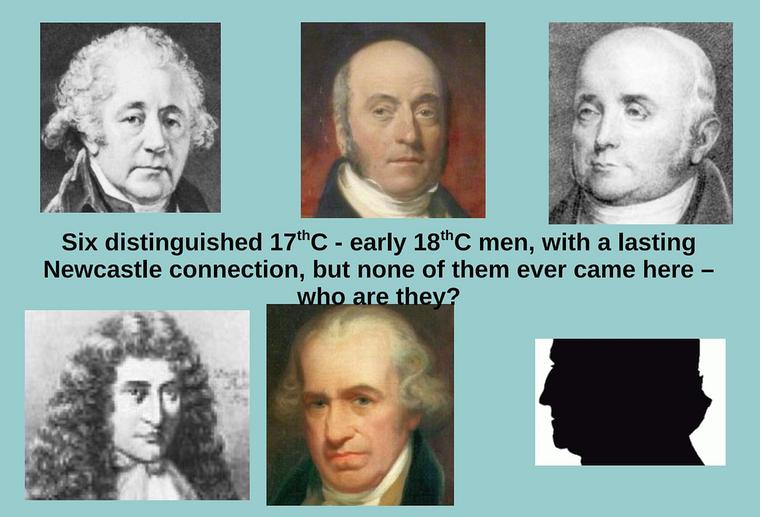 Fig 1: Six distinguished 17thC – early 18thC men, with a lasting Newcastle connection, but none of them ever came here – who are they? 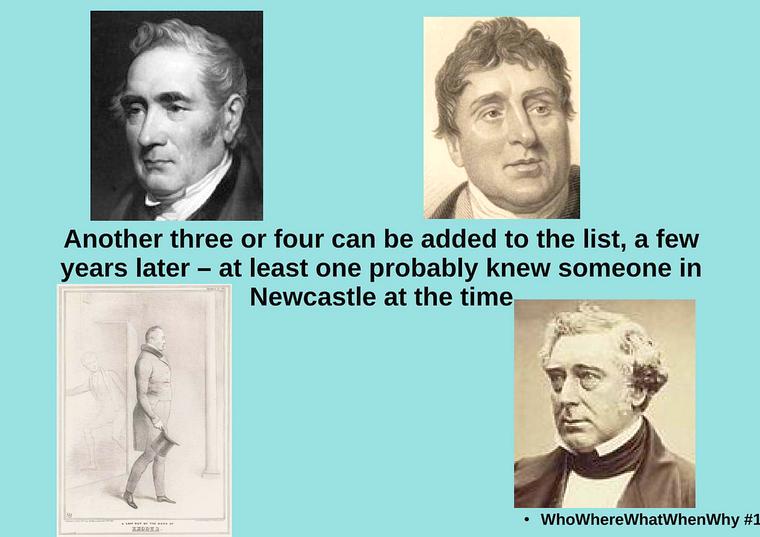 Fig 2: Another three or four can be added to the list, a few years later – at least one probably knew someone in Newcastle at the time

Fig 3: If I put them all in order you might get a clue 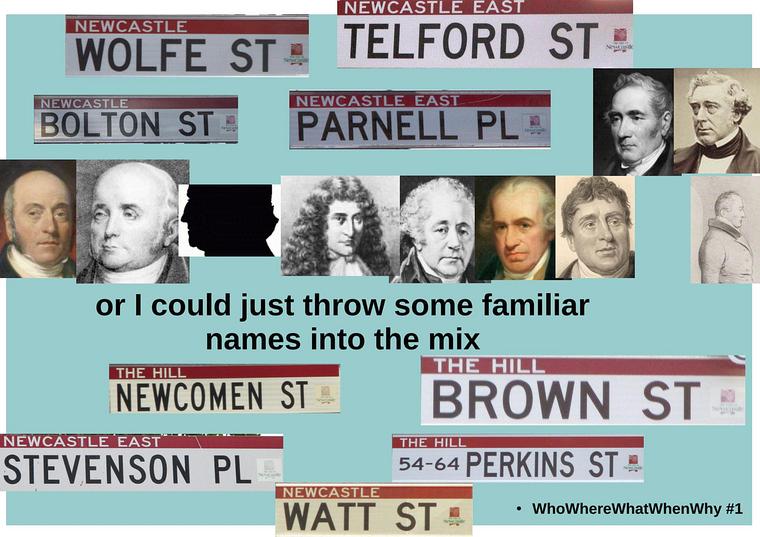 Fig 4: Or I could just throw some familiar names into the mix. 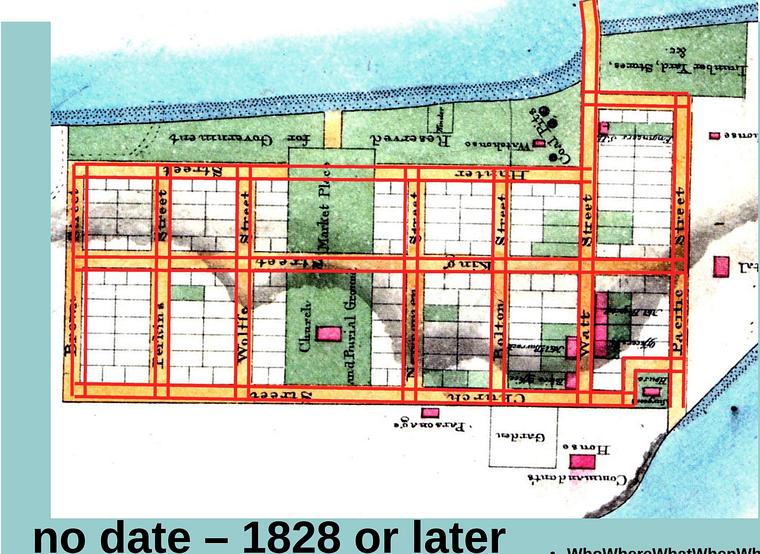 Fig 5: The first group of six names was in use before 1830, but exactly when is unclear 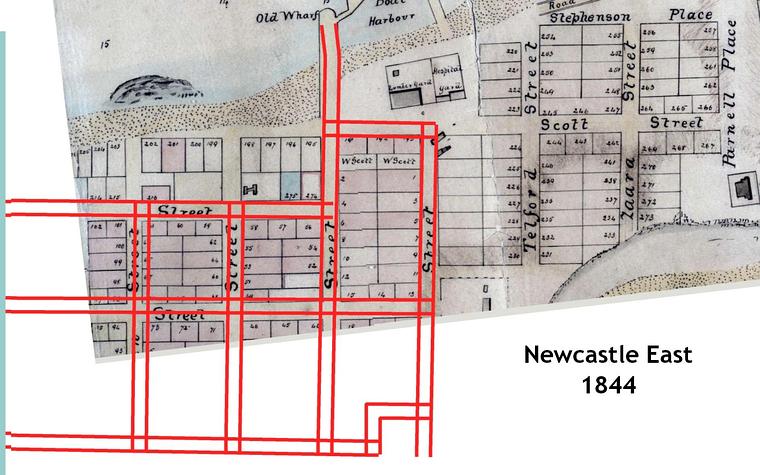 Now for the what (and Watt) of this group, starting from the western end. 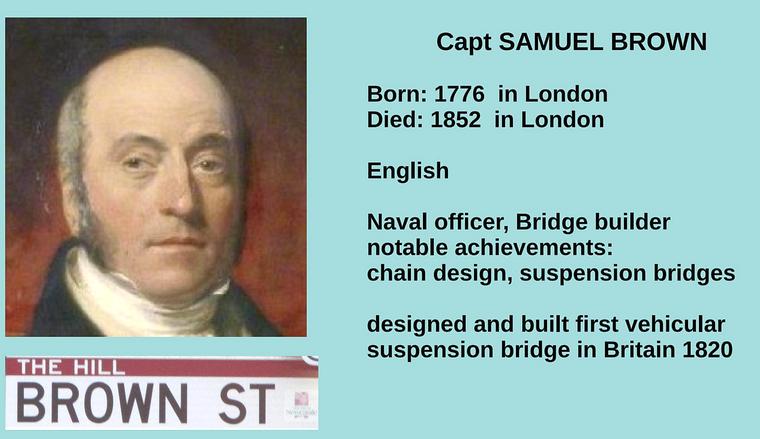 (note: Brown St was the mistake in the question – the street was named as the westernmost street in the township of Newcastle before the AA Co. took control of the land to the west, and well before Alexander Brown was even in Australia.)

Fig 8: Jacob Perkins, an American who knew how to make money.

Fig 9: Arthur Wolfe – a shadowy figure, and the spelling of his name kept changing. 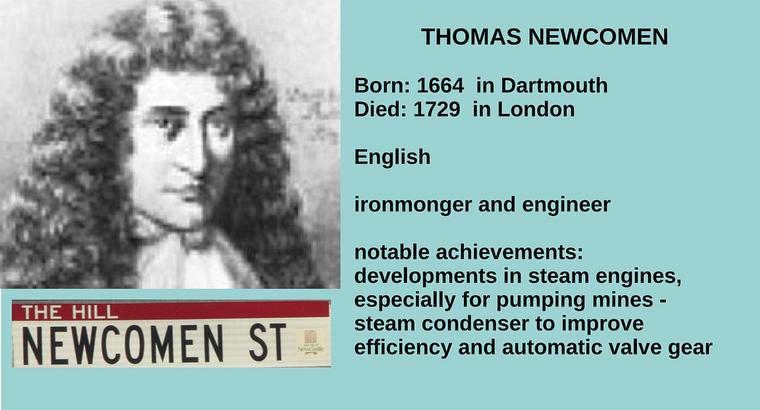 Fig 10: Thomas Newcomen – the earliest of the engineers and inventors in Newcastle streets. 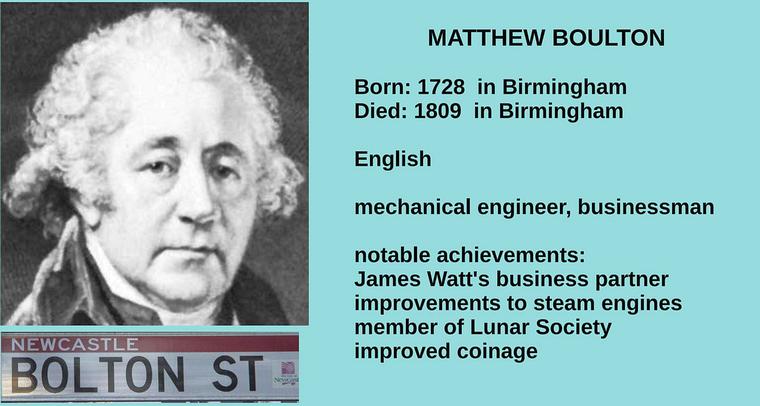 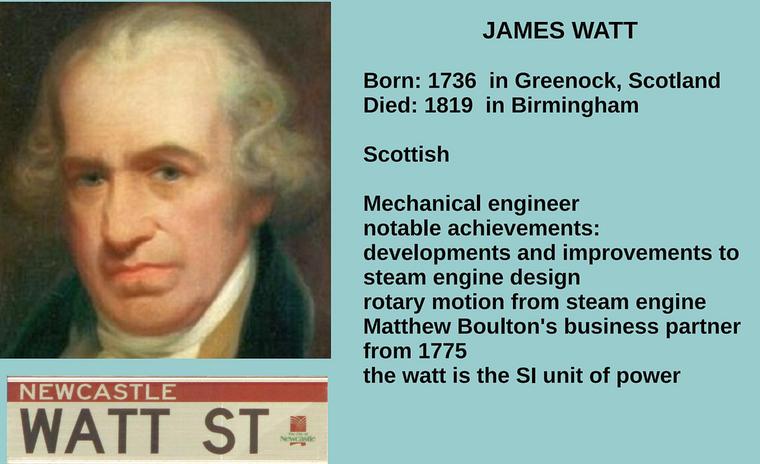 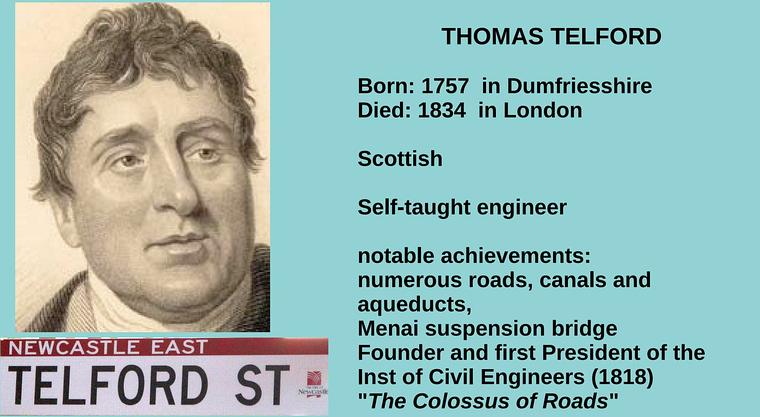 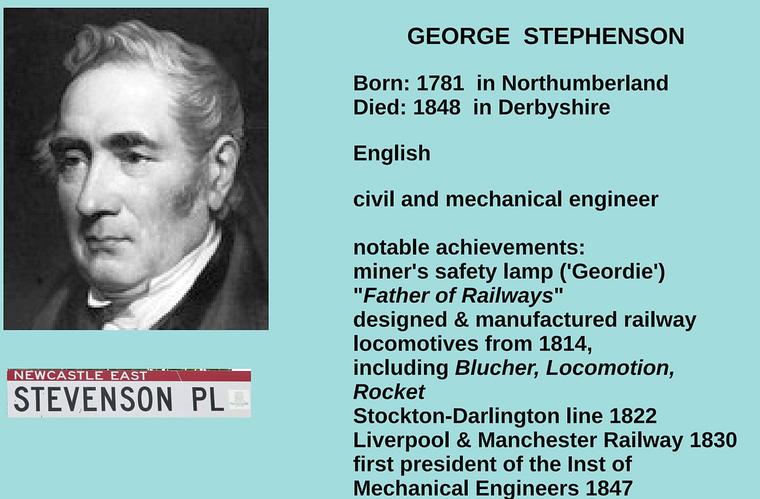 John Henderson, the first manager of the AA Co mining operation, was trained and worked as a colliery viewer (mining engineer) on Tyneside before he came to Australia in 1826, so probably knew the Stephensons. 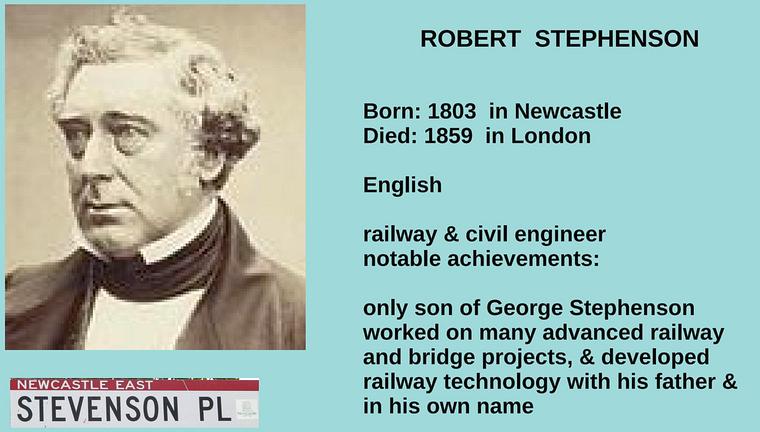 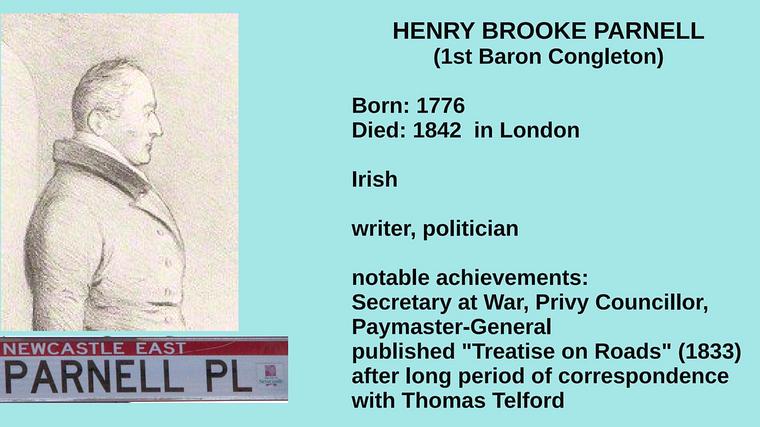 Fig 16: Henry Brooke Parnell (Lord Congleton) – not an engineer or inventor, but responsible for a “Treatise on Roads” which gathered together much of the work by Telford and other road makers and was used as a guide to road construction in colonial Australia.

There are other men called Parnell or Farnell with Newcastle or Hunter connections, but all appear to have arrived or been born after “Parnell Place” was established and in use.

For completeness here are the “river, governor and holy place” 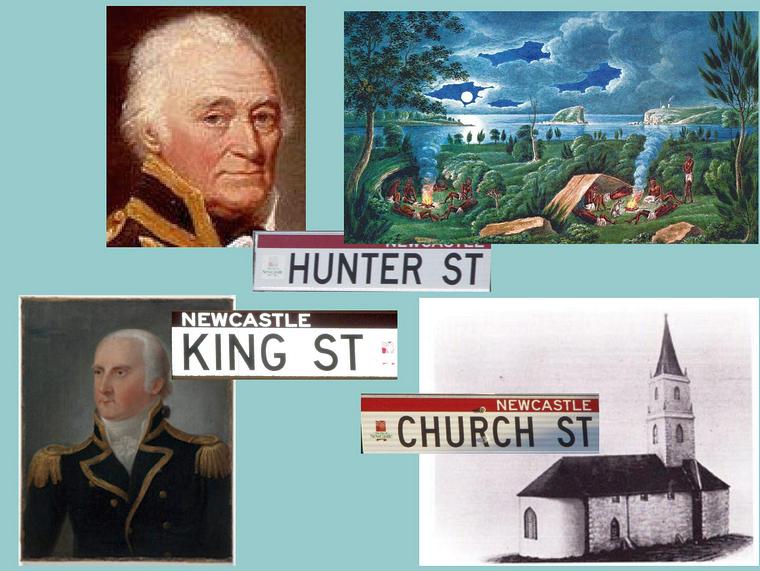 The north-south group of street names on Newcastle Hill may well be the earliest thematic street naming in Australia, other than for groupings of royal family names, Governor’s family members, or British geography. The person or people responsible for the naming are proving difficult to identify. Initially I thought it may have been Governor Brisbane, who approved Dangar’s grid street layout on the Hill in 1823. Brisbane had a scientific and technical background, but left the colony in 1824 before the names had come into use. 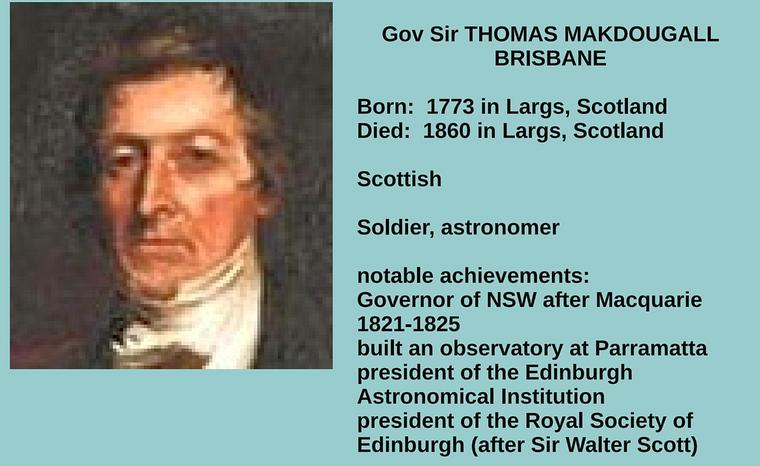 Henry Dangar the surveyor never used the street names in his surveys, or in his published description of the township of Newcastle in 1828. He was responsible for many of the parish and place names in the Hunter Valley, and for removing some of the Macquarie-era street names in Newcastle when he changed the street alignments, but not for the “engineer” street names. 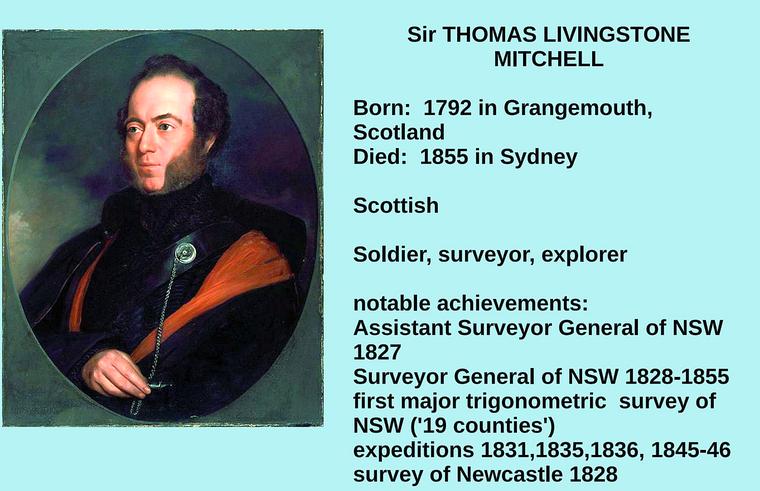 My most likely suspect is now Sir Thomas Mitchell, explorer, and Surveyor General. He had worked as a mine manager for a short time in Scotland before joining the Army, and was also involved in the establishment of Mechanic’s Institutes in NSW in the 1830s. He surveyed Newcastle town in 1828, shortly after taking up his surveying post – his field book survives, and include highly detailed pencil sketches of the buildings in the town, but no record of existing street names. The “engineer” street names came into use shortly after Mitchell’s survey.

So Mitchell was in the right time and place, with relevant interests and the position as Surveyor General, to establish the first 6 “engineer” names He may also have been responsible for the 1840s grouping or it may have just been a continuation of established custom.

This is a continuing investigation of an intriguing facet of early Australian history. At the time the greats of contemporary engineering were being honoured with street names in Newcastle, the town itself was only a village with a small struggling coal mine operated by convicts using only manual labour, and the only local steam engine ( brought by the AA Co) was scattered in pieces in Newcastle and Port Stephens.

And by the way the answer to the Treasure Hunter clue is 5 (Perkins, Wolfe, Newcomen, Bolton, Watt), and the contestants escaped with 10 seconds to spare.